When Zac Decamp and his childhood friend Mike Brown began recording, they never expected that their collaboration would result in a Grammy nomination. Despite selling barely 500 copies, the duo – who perform under the moniker Geneseo after their hometown in western New York State – are hoping their album Automatic Music Can Be Fun will triumph over some stiff competition in the category of Best Recording Package.

While Best Recording Package may not carry the same heft as Album of the Year, the nominees are no less impressive. Geneseo will be up against the artwork for Magna Carta … Holy Grail by Jay Z, Metallica Through the Never by the band that has come to personify heavy metal, and The Next Day by David Bowie, his first album of new material in 10 years.

Unlike those megastars, however, Geneseo had to scramble for cash so that they, along with Decamp's fiancée, can attend Sunday's ceremony in Los Angeles. To fund the trip the group collected $3,300 through the crowdfunding platform Indiegogo. Decamp also performed a series of fundraising concerts at venues across Montreal.

A decade-long project, the album was recorded whenever Decamp, a Canadian permanent resident who has been living in the Plateau neighbourhood of Montreal since 1998, went home to visit. Once they completed 10 songs Decamp and Brown contacted artist Brian Grunert to design the package. Grunert, a Buffalo native, is a six-time Grammy nominee, winning once in 2004 for the cover of Ani DiFranco's album Evolve.

The lyrics in the CD liner notes are entirely covered by scratch-off material, with the exception of a handful of words that form a "secret" 11th song. Grunert's colleague Annie Stoll combed through the lyrics in search of words to create a poem. Grunert made a few adjustments and in turn handed the poem over to Decamp and Brown, who were charged with writing the music.

"The scratch-off component was a very superficial idea at first. I immediately started to feel a little self-conscious that it was just a gratuitous design technique and wanted to lend it some depth. Why would anybody want a scratch-off record? That's when we co-conceived the idea that certain words should be left uncovered and when you read them together they make poetic sense," Grunert explains.

Although Geneseo isn't the first band to incorporate the silvery substance into their packaging, no one else has made it such an integral component of the overall design.

"What's unique in our case is that the art for the record inspired the music itself. The song was ostensibly written by the packaging. That's probably what garnered it some recognition," Grunert says.

In a digitally driven age, album packaging is a dying art. Decamp, however, cites the resurgence of vinyl as evidence that people miss the visceral experience of listening to albums.

"People enjoy that tangible aspect of music. I put on a record and then I read the credits as I'm listening. It's an active experience, whereas when you download a song on iTunes it's very passive. I honestly don't know what place physical recordings have as the world becomes ever more digitalized, but I know that people like them," he says.

Regardless of whether Geneseo wins on Sunday, Decamp says he hopes that their success inspires other independent musicians looking to make unconventional art.

"Only six people total had their creative input on this album. I think it's amazing that such a small team can make an album and get mentioned in the same breath as some of the biggest names in the industry." 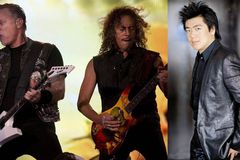 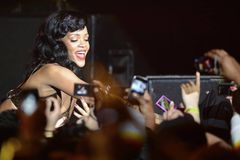