It's been more than 40 years since Tom Scholz bought a new record album – or at least listened to one all the way through. Content to be isolated, the perfectionist mastermind behind Boston, the mid-seventies FM-rock machine whose self-titled first album sold more than 20 million copies worldwide, can most days be found right where he's been for much of the past few decades – in a basement studio in his hometown of Beantown, which is where the methodical, time-resistant rocker took a decade to record Boston's just-released sixth album (Life, Love & Hope) and where we reached him by telephone.

Listening to the new album, I hear a lot of riffs and sonics and harmonies that seem straight out of 1975. Are you simply giving Boston fans what they want, or is that signature style just what sounds good to your ears?

I'm certainly aware of the fans. I'm always hoping that what I'm doing is something they'll like, because I do appreciate them. But, no, when I get into the studio, it's all about what I like. It's the same thing that led me to the possibility of making that first Boston album, which was to divorce myself from all other influences.

It looks like you've divorced yourself from outside help as well. You're credited as the album's producer, arranger and engineer.

I'm in the studio 99 per cent of the time by myself. There's no one else who is going to tell me if something is good or bad, nor would I really want that.

What about the actual process of recording? Has anything changed over the years?

I'm looking around at my studio right now. I've got the same guitars and I even have the original Marshall amplifier head from back then. There's practically nothing in here that isn't more than 30 years old. That said, I don't put the first Boston album on when I get into the studio. I take chances. I don't limit myself. I don't think anybody who listens to Boston would have predicted hearing a female rapper on the beginning of the song Sail Away. But that's what fit.

I don't think I would have predicted the appearance of original Boston singer Brad Delp as the lead vocalist on some of the tracks, given that he took his own life in 2007. How hard a decision was it to use his vocals?

There was not a moment that I didn't think I would use his vocals. Brad knew he was working on something that was going to be released as Boston. If his performances were left off an album called Life, Love & Hope, after the effort he put into it, I think he would be very upset today if he were here.

You mostly worked alone on this album, with Brad initially, and then with a few guest singers. However, there's a slide-guitar part on the first track, Heaven on Earth, that sounds a lot like Joe Walsh.

[Laughs] I'm a huge fan of Joe Walsh, and a big James Gang fan. A lot of what I know about playing the guitar I learned from listening to him. But, as I think about that, slide guitar is not something I associate with Joe Walsh.

Oh, yes, but of course that was after I stopped listening to music.

Before the first Boston album, I got everybody else away from me and stopped playing in bands. I stopped trying to make recordings with other musicians. I did this so I could figure things out, and to try things wherever my music imagination would go. And this new album was done the same way as that first album: in my basement, with me working alone. 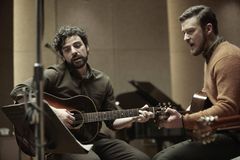 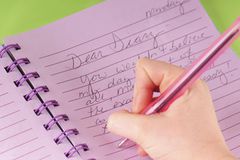 An evening at the Gaiman-Palmer musical circus
December 4, 2013 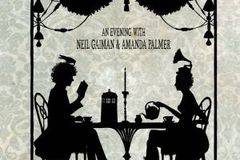