Among the many ways in which the Beatles changed things, there was the matter of time. They accelerated and warped it, so that the very decade of the 1960s seemed to unfold according to their faster-than-the-speed-of-sound evolution. After the band broke up in 1970, the previous decade felt like a dream.

Take the opening of A Hard Day's Night 50 years ago this week. Not only was it an astute embodiment of the phenomenon we might call "Beatletime" – frantic, fractured, breathless and intoxicating – it was born of speed itself. To be ready when the lights went down for the command performance before Princess Margaret in London in July, 1964, the movie had to be shot and completed in only four months. By the time the lights went back up after that first showing, the world seemed to have picked up momentum.

It was the American-born, London-based producer Walter Shenson who'd first called United Artists in the U.S. to see if the company was interested in distributing a movie about the young band from Liverpool that, by late-1963 anyway, had taken England by storm. UA was tentatively interested – remember that this was before the Beatles had captivated America on the Ed Sullivan Show – if it could reap profits from a soundtrack album, and if it could make the movie cheaply and quickly. This last point was especially critical, as UA was worried that its modest, £200,000 investment might be wasted if the band's popularity waned before the film was ready for theatrical release.

Looking for a director who could start making a Beatles movie instantly, Shenson approached Richard Lester. Lester was another transplanted American who'd proved a model of innovative high-efficiency while directing TV commercials, live television and sublimely nutty collaborations with Spike Milligan, Harry Secombe and Peter Sellers on the proto-Python sketch showcase The Goon Show. Lester hadn't ever met the Beatles and had no firm ideas about a Beatles movie, but he had no interest in making one of those rubbish Cliff Richard or Elvis movies in which the singers lip-synched songs as girls in bathing suits shimmied and shook. But Shenson reassured him he could make just about any Beatles movie he wanted provided it stayed on budget and yielded a soundtrack LP.

By the time cameras were about to roll on A Hard Day's Night – inspired by one of those weird phrases Ringo had used to describe an all-night recording session – the Beatles had already learned to live in the eye of the hurricane. They couldn't go anywhere in England without causing crowd-control problems: They needed police escorts everywhere they went, and were constantly pursued by stampeding, screaming girls.

Observing this, Lester quickly arrived at two practical but profound conclusions: He was going to be limited in terms of where, when and how he might actually film the band, and he was going to make the movie about what it was like to be a Beatle. He would try to produce a movie from that hurricane's-eye perspective.

It helped, of course, that the lads themselves were such extraordinarily composed subjects. They regarded the hell breaking loose around them with utter charm and unaffected Liverpudlian cheek and practicality. And in this Lester saw exactly why there was potentially so much more to this band – and his movie – than just the music: These were irresistibly attractive personalities, and different kinds of celebrities. If in England their dry, working-class diffidence resonated as a well-aimed gob in the eye of the class system, beyond the island the Beatles' cheerful, take-the-piss-outta-everything attitude constituted nothing less than a electric bolt fired across the bow of generational conflict.

A Hard Day's Night became a sensation. Soundtrack sales alone put it in profit long before the film's box-office revenues started rolling in, and the movie played constantly somewhere around the world for the next few years.

But its bigger impact was in the style it found for the pop dreams and aspirations of a new generation. Although very much a period-precise amalgamation of French New Wave minimalism, on-the-fly documentary style, and kitchen-sink Brit realism, it also attained a kind of frozen-moment timelessness, fully justifying American critic Andrew Sarris's eminently quotable description as "the Citizen Kane of jukebox musicals."

One can mark the movie's influence in the dozens of band-on-the-run knockoffs that came out in the following years, in the pre-Fab Four processing of TV's The Monkees, and in the interminably recycled observation that Lester laid the groundwork for music videos and MTV.

But where A Hard Day's Night really laid long-distance tracks was in its depiction of something real, genuine and irrepressibly human at the centre of the most intense storm in popular-music history. It shows honest-to-goodness ordinariness, something that just about every subsequent movie about pop celebrities has tried, but failed, to replicate.

Still in his father's shadow, Sean Lennon has recorded a pair of acclaimed albums
June 1, 2014 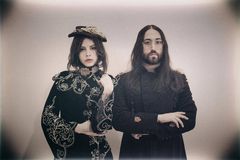 Facts & Arguments
How the Beatles taught me to be a beautiful loser
April 7, 2014 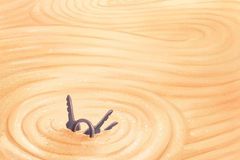