In a row of silent celebrities, an absence spoke the loudest. As the likes of Kanye West, Jason Aldean, Rihanna and Madonna signed a declaration affirming their allegiance to Jay Z's new streaming service Tidal on Monday, the throbbing bassline of Radiohead's The National Anthem rang through the Manhattan press conference.

Radiohead frontman Thom Yorke once called streaming leader Spotify "the last fart of a dying corpse" – a greedy gatekeeper, the business model of which was an affront to the artists whose livelihoods depend on earning money for their music. Yorke was nowhere to be seen Monday, but his song said enough, a sly nod from one of music's pickiest entrepreneurs to one of its boldest.

It was a feather in the cap for Jay Z, born Shawn Carter, who in the past decade has come to relish playing power broker. The pop royalty he assembled for the Monday launch were, it was announced, the company's owners – the Knights of the Round Tidal, Jay Z as King Arthur. Cobbled from every slice of pop's widening spectrum, each owner is at the top of their respective game, from blues-rock revivalist Jack White and EDM goofball deadmau5 to mighty queen Beyoncé. Before they each signed Tidal's "declaration" – of dependence? – Alicia Keys addressed the crowd, calling the launch "a moment that will forever change the course of music history."

Streaming music's biggest moments have rarely had much artistic backing; at worst, they've been rife with ironic symbolism. When Napster co-founder and Spotify board member Sean Parker embraced Metallica's Lars Ulrich on stage a decade after the drummer became the face of anti-piracy, the metal band's Sad But True flooded the room.

The song was the elephant du jour: Behind the hyped-up hug, there was still no proof the service would deliver much money to artists. The greatest sins of Tidal's launch, though, might have been its grandiosity and lack of clarity. Compared with history, that's not bad.

In Keys's speech and in a prerecorded roundtable that aired after the signing, Tidal's owners spoke of the "crazy" and "substantial" impact it will have on the quality and monetization of streaming music. "As artists, we have to set the standard," R&B icon Usher said. Even a member of the perpetually silent Daft Punk chimed in, in a charmingly quiet French accent, that the high-profile team of owners could become "the Avengers of music."

The flow of money has long been streaming's biggest problem. The narrative Tidal's owners are trying to construct is obvious: It's a platform that will allow artists to grow, create and interact with fans, all while being properly compensated. The problem is that no one explained how that's going to happen.

Over the past five or six years, digital entertainment diets have shifted from downloadable morsels to all-you-can-eat subscriptions. Services such as Spotify, Rdio and Deezer have sprouted up, each offering libraries of 20 to 30 million songs and a price point near $10 for full desktop and mobile access. Some of them offer free tiers, too, supported by ads. But unlike video companies such as Netflix, profit has been rare among music-streaming companies. When they pull off a profit, sustaining it has proved impossible.

Tidal originally launched in North America late last fall, and with a separate value proposition from other leading services: high-fidelity sound, geared toward audiophiles, at double the usual streaming price, with complementary video and editorial content. It was a noble, but imperfect, business model: The vast majority of music fans don't have the gear required for the sound quality to be noticeable.

Then, in January, Jay Z swept in. A company he's affiliated with, Project Panther Bidco Ltd., made an offer to buy Tidal's parent company, Aspiro AB. After some hesitance from minority shareholders, it was approved.

The purchase looked curious, though not because Tidal is a minor streaming player. As an investment, it fits exactly within Jay Z's portfolio of underdog luxury franchises: Hublot over Audemars Piguet watches, Armand de Brignac over Cristal champagne, and now Tidal over Spotify. No, what made it strange is that the medium itself remains an underdog, so far impossible to monetize.

This week's press conference clarified that. Kind of. On top of the hi-fi tier, there would be an industry-standard $10-range tier, with standard-quality audio. With a stable of the world's biggest artists each holding an equity stake, they're each staking personal claims in Tidal's future.

The owners hope to design a business model that directs a fair amount of money to artists, even to the detriment of the company's bottom line. There will, for instance, be no free tier, aside from trial subscriptions, as an assertion of music's value. But the owners will still have to filter Tidal's income past labels and publishers – and eventually, they're going to want some kind of return on their investment, no matter how idealistic they are now. How all this will happen is up in the air; Tidal representatives didn't respond to a request for more information.

In eschewing traditional business models, Jay Z has spent the past 20 years ascending the throne of pop. "Music business hate me 'cause the industry ain't make me," he rapped on 2003's Moment of Clarity. Tidal's relaunch was an industry-changing moment, but without clarity: It's too early to tell how, or how much.

What is clear, though, is that Tidal's owners are among the biggest artists in the world. They win Grammys, headline festivals and sell out stadiums. Smaller artists, who tour in vans, record in basements and have day jobs, already inherently make less money from streaming. If Tidal can live up to its name, and shifts the tides in their favour, Alicia Keys may be right – music history could be changed. 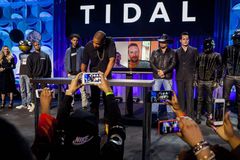 A rebuttal to laughable elitist rants against streaming music
October 21, 2014 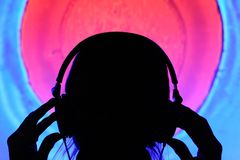 What Canadian fans can expect from Google’s newly launched Play Music
May 5, 2014 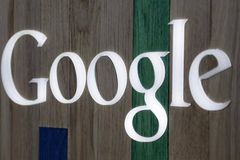