Last week, when the 40 nominated albums of the long list for the 2014 Polaris Music Prize were announced in Calgary, Greg MacPherson's long player Fireball wasn't among the discs named, after the drum roll please. Though the Winnipeg rocker's previous album Mr. Invitation had made the 2010 list, and although his latest effort of lean, gas-injected intensity was highly thought of in some circles, the omission of Fireball wasn't a glaring one. Even MacPherson himself was nonplussed. "I've made it a rule for myself," he told The Globe and Mail, "not to pay too much attention to these type of things."

This week, however, the situation changed. Due to a computer glitch in the prize's new Web-based voting system – a discrepancy uncovered by a Globe music writer, as it happened – there had been a miscalculation of votes. When the snafu was fixed and the counting was redone, it was found that MacPherson's album had made the cut after all. On Tuesday, a chagrined Polaris Prize admitted to its mistake and announced a revised long list that included the Manitoban's name.

And so, after initially being counted out (quite literally), MacPherson was back in the race. He had, to paraphrase Miley Cyrus, come on like a Fireball.

"Awards are wonderful things, but they're not something I used as a personal measuring stick when it comes to the quality of my work," says MacPherson, from Winnipeg. "But to say I don't appreciate it would be a lie. It's a tremendous wind to my sails, and it's a reminder that people are paying attention to what I'm doing."

Tuesday's announcement from Polaris came with a mea culpa from the prize's director and founder Steve Jordan. "We pride ourselves in triple-checking to ensure every ballot is counted correctly," he said in a prepared release, "so obviously this is quite an embarrassment for us."

A total of 190 ballots were cast by music journalists and DJs across the country. Polaris wasn't able to say how many ballots were affected by what they called a "small correction.

Theoretically, the inclusion of Fireball would push a previously announced long-listed album off the roster. That won't happen, however; the list will now include 41 albums, instead of traditional (and rounder) 40. "There's no reason to bump anyone out," Jordan told The Globe. "The long list is too short for all the great music to be recognized in this country. Every time we put up a long list we get all sorts of complaints about albums that didn't make it, including, this year I believe, MacPherson's Fireball.

The album is the 41-year-old rock troubadour's sixth album, released on his own small label, Disintegration Records. MacPherson, who works full-time as the executive director of the charitable West Broadway Community Organization, has never been the darling of the music press. "I've always been a bit of an outsider."

Now MacPherson is 41st in a class of 40. And as for the race to Polaris, Fireball is this year's darkest dark horse – the Seabiscuit, if you will. "I like that," says MacPherson, when the equine metaphor is brought to his attention. "It may have been that way for quite a while now. It's the story of my life. It seems about right."

Long list for the Polaris Prize is diverse, but not all-inclusive
June 20, 2014 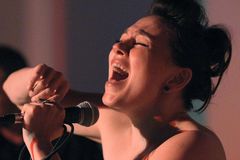 An album that rages majestically
June 2, 2014 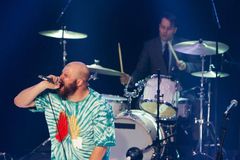 A year after the floods, the show finally goes on in Calgary
June 20, 2014 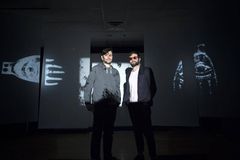 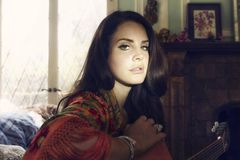