How would we react if something extremely violent happened to a person close to us? Most of us never to have to find out, but Jake Smith did, after his mother was murdered in her home in 2010.

Smith is the lead singer and songwriter for the Montreal band Lakes of Canada, so it may not be surprising that part of his response came out in his music. But it did so indirectly, through a book he found while sorting through his mother's things after her death: Margaret Atwood's novel The Handmaid's Tale.

"It was one of my mother's favourite books. She had recommended it to me, but I hadn't read it yet," said the 31-year-old musician, at the Montreal storage space where Lakes of Canada rehearses. "I started flipping through it and couldn't put it down."

The Handmaid's Tale is a dystopian novel about an authoritarian state in which most women are brutally repressed. The violence in the tale resonated in a new way with Smith, who wrote a few songs about his impressions of the book.

"Songs are just glimpses of things," he said. "You're talking about a moment or a feeling."

After a few of those moments had coalesced into music, Smith and the band's four other members – drummer Conor O'Neil, guitarist Tim Dobby, keyboardist Sarah Morasse and bassist Greg Halpin – decided to build an entire album around Atwood's novel. The disc, called Transgressions, came out Oct. 16 in the midst of a 19-city tour of Quebec and Ontario.

It's a relatively trim 40 minutes of music, but covers a lot of ground, musically and emotionally. Choral numbers based on gospel music – a rather sinister reference, considering the theocratic overtones in the novel – give way to densely written cinematic songs that can feel like parts of a rock-influenced musical.

Smith, in fact, has a lot of experience performing in musicals, and O'Neil, his main songwriting partner, has a master's degree in film scoring. The two met nine years ago while singing in a synagogue choir in Westmount, in which they still perform. Dobby teaches classical guitar at McGill University's Schulich School of Music, and all the other band members have formal musical training. Most play several instruments, which gave Transgressions the broad palette Smith and producer Jace Lasek (of The Besnard Lakes) felt was needed to handle Atwood's themes.

"I wasn't trying to tell the whole story of the book," Smith said. "I took moments that really inspired me and added things that continue the story, such as the songs about the downfall of Gilead. It was really interesting to work on it as a whole piece, and maybe my background in musical theatre has something to do with that."

Violent stories have become much more "triggering" for Smith since his mother's death, he said, and he claims to be mystified by our fascination, as a culture, with brutality as entertainment. It may seem strange, from that point of view, that he gravitated toward Atwood's dark tale – though he says there's also a strand of hope that runs through it.

"The story isn't told from the general's point of view, but from Offred's perspective, and through everything that she has to deal with, including the death of her husband and the probable death of her child, she doesn't lose her will," he said. "She still believes she can get out."

There was no way out for his mother, a mental-health worker who was attacked in her home in Vermont a few days after returning from a visit to see her son in Montreal. Her killer, who was later confined to a psychiatric facility, was a man she knew who had schizophrenia.

"My mother and I were extremely close, we spoke nearly every day, and I always thought that the one thing that could make me a violent person would be if someone did something to her. But when that actually happened, it was the last thing on my mind. What good would it do me to harm him? I think it's weird to respond to violence with violence, to unkindness with unkindness and to anger with anger."

That was put to the test last summer, when Smith was attacked in public by a virtual stranger who had built up a grudge against him. Smith was sitting in a park with a friend at the time; it was broad daylight.

"The guy started hitting me," Smith said, "and I kept my hands at my sides and just stared at him. That really took him out of whatever zone he was in. He was just flabbergasted. And then people got between us, and I took his photo and called the cops."

That was perhaps the final surprising twist in Smith's response to the calamity his family suffered in 2010: that a very violent event convinced him deeply of the importance of non-violence. It also tightened his bond with music, which he said has a therapeutic role in his life, as well as a spiritual one.

"It's no coincidence that most if not all religions have music somewhere," he said. "I think music is one of the things that make it easy for people to commune with spirituality and God" – not the false, fearsome God praised by the authorities in The Handmaid's Tale, but a power based on love. 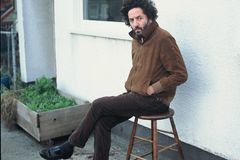 Francesco Yates on the spectacle that comes with being an artist
September 25, 2015 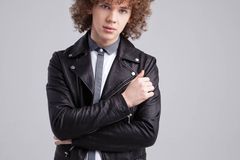