The album begins without him. The jaunty intro to Duquesne Whistle lasts a few bars longer than you'd guess – a slow Dylan coming. A happy old-time chug-and-shuffle kicks in. Bob sings to a charming melody about one more ride, a train "blowin' like she ain't gonna blow no more."

And Dylan is 71, blowing like he's right on time.

His voice? Craggier than an English muffin on Everest. Yeah, when he dies he'll leave his throat nodules to Tom Waits. Dylan had momentarily stopped smoking around the time of 1969's Nashville Skyline. "I tell you, you stop smoking those cigarettes," he told Rolling Stone then, "and you'll be able to sing like Caruso."

No Caruso, ever, but on the sweet slow dance of Soon After Midnight, Dylan croons softer and nicely, to the comfy sway of something like Fats Domino's Walking to New Orleans. It concerns a girl named Honey, who stole his money. There's a line about the lateness of the night, but that his work had just begun: "I'm in no great hurry; I'm not afraid of your fury."

So, love and theft, and mortality. There may be many among us who feel life is just a joke, but only fools chortle at death. Leonard Cohen is no fool. Neither was Johnny Cash; neither is Dylan.

Like Cohen's Old Ideas from 2011 and Cash's American IV: The Man Comes Around, Dylan's Tempest finds a rich-blooded master in a sort of late-life blossom – a deadline, perhaps, providing a sense of focus; this, following the pleasant diversion of 2009's Christmas in the Heart, a jingle-belled Zimmerman ride. There's a glow to the roots-rock sound here. The wordplay and phrasing is nimble, with Dylan at his quotable best. He drops a "baby blue" on us, but with a wink – it ain't all over now, not quite yet.

Narrow Way is a rumbling late-career classic, with a repetitive Robbie Robertson-styled jackknife riff slashing the responses to the calls of the verse. On the chorus, a spiritual deal is proposed: "If I can't work up to you, you'll surely have to work down to me someday."

Things turn epic and darker on the album's second side, though the closing Roll on John is a gentle Lennon-quoting elegy to the slain former Beatle.

On the drone-folk ballad Tin Angel, a love triangle goes bloody, vengeful and awful, with Dylan rhyming particularly and relentlessly over a piano, a light acoustic strum and an upright-bass moan. There is never a moment in its nine minutes that suggests things will turn out well.

As for the penultimate, title track, it is a 14-minute waltz of the Titanic. A compass is no help to a captain. We are all trying to figure it out. "But," as Dylan suggests, "there is no understanding on the judgment of God's hand."

Sonny Boy Williamson II knew there was a "man down there," and that there was only one way out the door.

That there "must be some way out of here" is what a young Dylan wrote and sang a lifetime ago. The passage is narrow – chute to the killing floor.

Icebergs happen. Ships go down. And when they do, it is much too late to learn how to swim.

Though they might have attracted attention by winning a Rolling Stone talent contest, The Sheepdogs are as Canadian as maple syrup and constitutional wrangling. CanCon outfits from the '70s like Lighthouse and BTO are part of the Saskatoon band's DNA, surfacing in the shuffling riff and gleaming vocal harmonies snaking their way through I Need Help and the southern-fried fantasia of It Ain't Easy To Go. There's no shortage of young bucks ripping off their dads' record collections, but The Sheepdogs' major-label debut (produced by Black Keys drummer Patrick Carney) shows the payoff from the band having taken the longer, harder road of actually studying what made those old records great, and infusing the model with their own personalities. You hear in every note that The Sheepdogs ache with sincere affection for the days when you could order a stubby in a bar. Dave Morris

For all their Olympic-sized talents, hushed subtlety isn't the bread-and-butter skill of most of Britain's popular songstresses – think of the booming Adele or the throaty Florence and the Machine. But with an unsurprising quietness, young Jessie Ware has slipped into the silky mantle of Sade, the mistress of the ethereal slow burn. With a Portishead-like mastery of the crest-and-valley electro hymnal, Ware's songs feel like plaintive odes to the brushed stainless steel and glittering glass of the City – sleek yet tender, mellifluous yet fully formed. Her voice is weightless, but weighty in its weariness, a distinctive sound in an R&B genre that has been, as of late, more giving (see Ocean, Frank; Weeknd, the). She is young yet, but there's no doubt: Ware is a smooth operator. Adrian Lee

Like many great young Canadian jazz musicians, Disterheft is a part-time New Yorker, and her third album has more of a straight-ahead Manhattan sound, thanks in no small part to such high-profile playmates as pianist Renee Rosnes (a fellow Vancouver native), drummer Gregory Hutchinson, and saxophonist Vincent Herring. Disterheft shows strength in her writing and arranging, and makes the most of her slight but expressive vocals. But really, the double bass remains her true voice, and she uses it beautifully here, from the gut-bucket exultation of Blues for Nelson Mandela to her witty and heartfelt solo version of The Man I Love. J.D. Considine

I Know What Love Isn't

There is awfully beautiful music to be taken from this album by the agile Swedish singer-songwriter Jens Lekman, whose Erica America is intricate soft pop, like something from a champagne brunch at the Brill Building. Become Someone Else's, about an endless Melbourne summer, is sweetly melancholic, in a Ron Sexsmith sort of way. Elsewhere, however, Lekman's conversational lyrics – "every chord I struck was a miserable chord / like an F minor 11 or an E flat major 7" – are sometimes so earnest and earnestly offhanded that he wanders into parody country. Perhaps if he didn't work so hard at convincing us that he's not trying too hard. Brad Wheeler 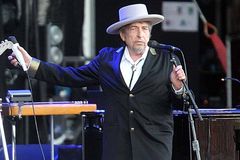 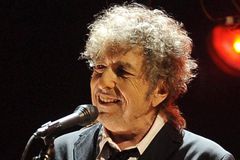 Michael Moore does Dylan, and other songs you need to hear this week
May 7, 2012 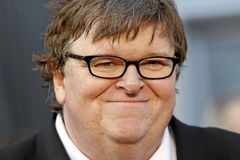