If you're like most long-term Eric Clapton fans, you'll probably take a cursory glance at the track listing for Old Sock and presume that he's opening the album with Further On Up the Road, the Bobby Bland chestnut he's reheated innumerable times over the last half century.

But when you hit play, what emanates from the speakers isn't the same old blues, but a skanking reggae groove straight out of 461 Ocean Boulevard.

Turns out Clapton is playing Further on Down the Road, a Taj Mahal tune that offers not only a slight change in direction, but also a distinct shift in attitude. Instead of bemoaning the loss of his woman, his gentle growl evokes a happy future with his lover, with Mahal's harmonica warbling like bluebirds in the background.

It's not as if Clapton is attempting reinvention. This is his 20th studio album (albeit the first for his own Bushbranch imprint), and its sound and groove are not far removed from what you'll find on any of the previous 19. But neither is he relying on the same old, same old, and while the changes here are minor, they're enough to keep Old Sock from feeling worn out.

The biggest surprises lie with the repertoire. Clapton has described Old Sock as being an album of his favourite tunes, and although he draws on such blues and country standbys as Goodnight Irene and Born to Lose, other selections – the Gershwin brothers' Our Love Is Here to Stay, for example, or the Jerome Kern/Oscar Hammerstein II ballad The Folks Who Live on the Hill – come completely out of left field.

Unlike others in his cohort, Clapton doesn't seem interested in doing a "standards" album, preferring to approach the show tunes with the same laid-back confidence and groove-based phrasing he applies to the blues, country and reggae. Only All of Me, offered in a lightly swinging duet with Paul McCartney, flirts with jazz, and even then, it's more a peck on the cheek than an actual smooch.

One reason the album feels as comfortable as, well, an old sock is that Clapton is working with a capable and familiar crew. His studio band is built around such stalwarts as guitarist Doyle Bramhall II, bassist Willie Weeks and drummer Steve Gadd, and the playing is as disciplined as it is solid – so much so that you have to listen close to catch the cameos by guest soloists Steve Winwood and J.J. Cale.

That's as it should be, though. Despite his reputation as a riff-slinging guitar hotshot, Clapton has always said the blues is about songs, not solos. He proves his case here, delivering a set of performances that shine, but not so brightly that they obscure the material.

"You gave me a taste, now I know there's no getting off you." So goes the sly, suave croon of Justin Timberlake, a junkie for the lady of Pusher Love Girl, the sublime-glide lead track from his first album in seven years. In 2006, with big help from the busy-with-the-beats producer Timbaland, singer/movie-star Timberlake dazzled with the state-of-the-art FutureSex/LoveSounds. This follow-up is less ambitious: a lovestruck R&B letter to his new wife, actress Jessica Biel. She's the "baby" and the "lady" of That Girl, a slinky Southern-soul number with brass and layered background vocals. Unfortunately, his affliction for her affection results in the overemotive sapfest Mirrors. And I'm not sure who or what is to blame for Don't Hold the Wall, a confusion of jungle grooves, Timbaland interjections and Middle Eastern wailing. There's a few solid singles here, but it is doubtful many fans will be addicted to the album as a whole. - Brad Wheeler

They'll sleep when it's over. Ottawa's industrious power-popsters are brainstormers deluxe – full of beans, serotonin and fan-friendly marketing hijinks. Related to the release of this, their second album, the band has hand-painted the vinyl copies and written personal songs to the first 200 fans who pre-ordered the music. The music, let's not forget about the music, which is a step up in sound and concept from the band's debut. There are Weezer, Sloan and Clash things happening here, but it is smart and shape-shifting inspiration at work. "Doing nothing in Fresno, but coming down fast," sighs Menno Versteeg on Fresno Chunk,"I ran out of ways of making it last." A great line, even Kris Kristofferson might agree. Hollerado is a lot of people's new favourite band; look out your window, they are now singing to (and maybe with) you. -B.W. 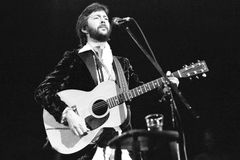 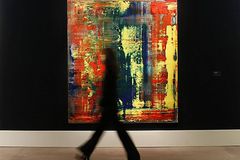 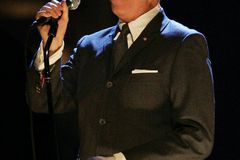