The new album from Gordon Matthew Thomas Sumner is an allegorical song cycle on the decline of the shipping industry in the English port city of Newcastle. Of course it is.

The Last Ship is not a last grab for modern music relevancy; for Sting, and many of his generation, that ship has, if I may, sailed. What it is, is a quaint, harmless, thoughtful mood piece on mortality and family. Anyone who has followed the man's solo career knows that Sting is ambitious to the point of pretension, and that not every little thing he does is magic. He has been involved with lutes. Something like jazz has been attempted. He contemplates the dreams of blue turtles.

Sting ages gracefully and a little smugly. He sings about fortresses around hearts, and lives in a Jacobian castle in Wiltshire. Of course he does.

On the gently melancholic ballad I Love Her But She Loves Someone Else, Sting sings of brave reflection: "When a man of my age shaves his face in the morning, who is it that stares back and greets him? The ghost of his father long dead all these years, or the boy that he was, still wet in the ears." Sting is 61 years old; The origin of The Last Ship is traceable back to 1990's The Soul Cages, an elegy of an album concerned with the death of his father.

The themes of that record are picked up and broadened here. I think I heard a seagull at one point. The stage version of The Last Ship sets sail for Broadway in 2014, preceded, it has been reported, by a trial run at Chicago's Bank of America Theater early next summer. (As well, Sting is currently in the middle of an 11-night run-through of The Last Ship album for charity at Manhattan's Anspacher Theater.)

Naturally, given the format, there is a dramatic presentation to the singing. Sting's throat and vocal sensibilities are in as fine as shape as his biceps, thankfully. The thought of someone like the craggy oversinger Roger Daltrey tackling this theatrical material is enough to make me shiver my timbers.

Dead Man's Boots is a tender mediation on a son following in a father's footsteps, but with next-generation rebellion. It could just as easily be Mellencamp on farming or Springsteen on coal-mining rights of passage. Newcastle's ship-building decline is Billy Joel's Allentown demise, or Sting's own broken-dream industrial grimness from The Soul Cages: "These are the souls of broken factories, subject slaves of the broken crown, dead accounting of old guilty promises – these are the souls of the broken town."

So, parents die, industries die. But if it all sounds like a bummer, here, it really isn't. The deluxe version – in for penny, in for a pound – comes with the pub-happy hootenanny Sky Hooks and Tartan Paint, sung with charismatic gusto by AC/DC's Brian Johnson. The album is not for mass appeal, though the seaside set will dig it. If nothing else, Sting's first proper LP of original material in a decade answers the question as to whether there is still wind in his sails.

Of course there is.

Top selling albums in Canada for the week ending Sept. 22: Despite a clunky title, softly rocking Jack Johnson's From Here to Now to You debuted at the top Canadian album chart, ahead of True, the first LP from Swedish D.J. Avicii. The third spot belongs to the big-selling folk-rock singer-songwriter from Quebec Vincent Vallières, for his sixth album, Fabriquer l'aube. Keith Urban's Fuse dropped three notches from last week's top spot, while Off the Beaten Path from country star Justin Moore found its way to the No. 5 slot.

Top single: Miley Cyrus's Wrecking Ball was immovable from atop the Billboard Hot 100, again holding off Katy Perry's Roar. Coming in third was Royals, from the young New Zealand singer-songwriter Lorde, a star on the rise.

Also released this week : Cher's Closer to the Truth, Chvrches' The Bones Of What You Believe, Deer Tick's Negativity, Drake's Nothing Was the Same, Elton John's The Diving Board, Gov't Mule's SHOUT!, Kings of Leon's Mechanical Bull, Marine Dreams' Corner of the Eye, Matthew Good's Arrows of Desire, Mazzy Star's Seasons of Your Day, Metallica's Through The Never, Monkey Junk's All Frequencies, Nirvana's In Utero reissue, Sammy Hagar's Sammy Hagar & Friends and the Peter Gabriel tribute album I'll Scratch Yours.

Fewer hooks, plenty of sprawl: Why I’m glad the boys of MGMT are back with a new album
September 20, 2013 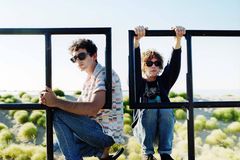 Willis Earl Beal is the new voice of avant-blues
September 13, 2013 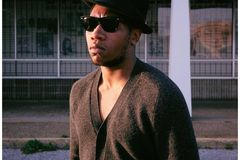 Janelle Monáe’s new release: A long time coming – and worth the wait
September 6, 2013 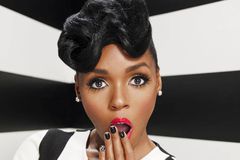 Bob Dylan opens the vault to reveal a series of hits and misses
August 30, 2013 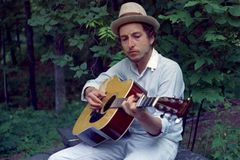