Have cat, will travel. The marketing image used for the forthcoming Coen Brothers film Inside Llewyn Davis features lead actor Oscar Isaac walking on a Greenwich Village street, circa 1961, holding a tabby in one arm, a guitar case in the other. Isaac is the titular Llewyn Davis, a beautifully losing coffee-house singer. The cat is named Ulysses; the movie is about the week-long odyssey of a stay-true musician. It's about another time and another place, as folk music so often is.

The fictional Davis is loosely based on Dave Van Ronk, a foghorn folkie who was a mentor to younger artists on New York's folk-revival scene, and also quite a hoot. That's him on the soundtrack's last cut, Green, Green Rocky Road. "When I go by Baltimore, need no carpet on my floor," he sings, sore-voiced and bluesy. "You come along, follow me, there's a man in Galilee."

The film's soundtrack is looked after by T-Bone Burnett, the producer who had much to do with 2000's O Brother, Where Art Thou?, Joel and Ethan Coen's brilliant comedy and celebration of old-timey music. Because the soggy-bottomed, candy-mountained, constant-sorrowed O Brother helped inspire a roots music resurgence, one naturally wonders if Inside Llewyn Davis will have a similar spinoff.

The songs are pretty and thoughtful, and the performances are done with no hairs out of place. Harmonious, in a word.

Where O Brother was a widely cast, various-artist affair, the soundtrack to Inside Llewyn Davis is dominated by Isaac. And, yes, he can sing – finer but with less character than the burly Van Ronk.

Isaac fluidly plucks an acoustic guitar on his version of Green, Green Rocky Road, and is weary and melancholic on the traditional Hang Me, Oh Hang Me, a quiet and dour thing. Fare Thee Well (Dink's Song) ups the tempo a little while it compatibly pairs the voices of Marcus Mumford and Isaac. The song was originally collected in 1908 by the musicologist John Lomax, who heard a woman known as "Dink" sing as she washed clothes in a Texas river. When Lomax returned a few years later, she had passed away.

Please Mr. Kennedy, the album's lone newly written tune, salutes the moon-choosing, visionary president. It's a larky pop-novelty about space flight, and it speaks for an upswing era when even the skies were no limit.

Five Hundred Miles, made famous by Peter, Paul and Mary in 1963 (as 500 Miles), is the loveliest performance here, by the attractive trio of Justin Timberlake and actors Carey Mulligan and Stark Sands. Timberlake handles the lead, his voice softer than Mary Travers's clear, clarion tone: "If you miss the train I'm on, you will know that I am gone."

Gone to another time and another place, no doubt – the soundtrack to Inside Llewyn Davis gets you there.

Top selling albums in Canada for the week ending Dec.1: England's navigationally single-minded boy band One Direction debuted its Midnight Memories album at No. 1. Falling in line behind were Celine Dion's Loved Me Back to Life, Eminem's The Marshall Mathers LP 2, Johnny Reid's Christmas Gift to You and Katy Perry's Prism.

Top single: Assisted by the viral outbreak of a new parody video of the song, Miley Cyrus's Wrecking Ball swung back to the top of the Billboard Hot 100, knocking Lorde's Royals off its throne after nine weeks. Other winners were Pitbull's Timber (featuring Ke$ha) and Avicii's rousing Wake Me Up!, which topped the digital songs and radio songs charts, respectively. 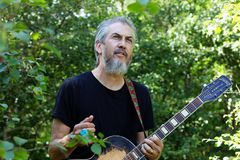 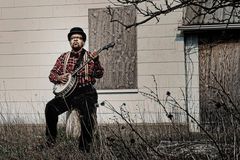 Heavy Blinkers’ Health is a redeeming end to a long voyage
November 1, 2013 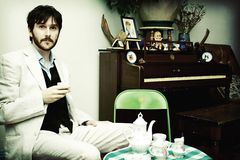