First the meteor, and now this: David Bowie, the man who fell back to Earth. On Tuesday, Sony releases the man's first album in a decade. The good news is that the 14 songs (now streaming on iTunes) reveal the Martian changeling as being highly invested in his much-anticipated return. The disc is sonically rich, lyrically intriguingly and elegantly energized.

The bad news? There is no bad news. Bowie's back. Stop being so cynical.

"We will never be rid of these stars," Bowie, 66, sings on the album's second single, The Stars (Are Out Tonight), "but I hope they live forever." There's an upbeat strum at work, with a sleek muscularity to the rhythm and a synthetic-string shimmer balanced by low saxophone burps. It's a double-sided coin with our heroes. We want them around, but on our terms; go away if your performance or skin droops too much. The flip side is that an artist who stays relevant keeps his or her fans from aging – you're only as old as your stars.

On board as producer is Tony Visconti, whose working relationship with Bowie covers 11 albums, from 1969's Space Oddity to 2003's Reality. So Bowie was comfortable. Opening track The Next Day suggests a glammier David Byrne on a trip to Suffragette City. I'm not sure what the story is all about, but I bet it's a doozy in Bowie's mind – "And the priest stiff in hate, now demanding the fun begin."

Dirty Boys follows. There's an inclination to attach certain past songs or eras to the new material, but the verses to Dirty Boys stagger like Tom Waits, with a baritone-sax bottom end and some nasty electric riffs. Heavy.

Let's dance? Boss of Me is stripped down and uniquely funky.

Let's rock? (You Will) Set the World on Fire lyrically references the Greenwich Village scene of the early '60s, with name-checks of Baez, Seeger, Ochs, Dylan (as "Bobby") and Van Ronk. The song itself is all gasoline and guitar riffs. It seems to be a tribute to a black, female singer-guitarist – "You're in the boat, babe," Bowie raves, "we're in the water" – but no one comes to my mind. Possibly Odetta, but more likely a fantasy.

There was concern when the single Where Are We Now? was first released. It's a wistful, watery daydream of Bowie's Berlin days, but it sounds like nothing previously heard from him. Some will be glad that it sounds different from like nothing on the rest of the album, as well. Not me, though. It's the disc's most memorable track, with a fade-out line "As long as there's me / As long as there's you" – a graceful, hopeful and comforting sentiment that would have worked well as the LP's closing thought.

When the Ottawa-born singer-fiddler John Showman bemoans wrong directions taken on the lost highway, the concern is mistaken paths – in life, and, perhaps, country music. Showman leads an unlikely quartet of free-minded players who, as New Country Rehab, chart new and often bold roads in and out of dark stories and rural places. There's more pop and polish than found on the band's first album of badass rambles, but the upbeat pace to something like Lizzy Dying of Broken Heart comes with harrowing strings and a war story. The rugged swing of Hank Williams' Too Many Parties Too Many Pals spotlights a daring sense of liberty with covers – re-mapping extraordinaire. -Brad Wheeler

NCR is currently on tour. Full schedule at newcountryrehab.com.

"Who stands for the restless, and the lonely? For the desperate, and the hungry?" John Francis Bongiovi, Jr. doesn't ask questions he can't immediately answer himself – it's a politician's rhetorical trick. And make no mistake, this album from the handsome, likable do-gooder and his longtime team is a rock-the-vote soundtrack, right down to the shameless gal-pandering Painting Pictures, with its "I feel like a Picasso, and you're my masterpiece" opening line. It's all highly affecting to the easily susceptible – chickens in pots for the emotionally starved, of which there are many. -B.W.

So many new, mysterious duos seem to come out of nowhere, but L.A.'s Rhye are definitely not virgins fiddling desperately with drum machines and cheap mics. They are experienced, and not only in music. On Rhye's first album, Mike Milosh, ex of Toronto and Robin Hannibal, formerly of Copenhagen, show off the skills they honed in other acts. Woman is solidly built, with every disco-inflected rhythm track pared to essentials, every breathy flute or skipping funk guitar placed in the mix just so. Milosh's uncannily ladylike voice scrambles the gender codes of the lyrics, but however you receive them, the smoothness of this pro seducer is unmistakable. "Come this way," he purrs, making so much out of three little words. -Dave Morris

Inspired in part by Ray Charles' iconic Modern Sounds in Country and Western Music, Peyroux attempts a similar blend of sensibilities. But Peyroux lacks Brother Ray's alchemical ability to transform any song into gold and this album ends up weighed down by some fairly leaden performances. However much Vince Mendoza's reverb-laden string arrangements might evoke the countrypolitan sound of '60s Nashville, Peyroux's mannered, slightly eccentric phrasing lacks the emotional abandon songs like Take These Chains from My Heart and I Can't Stop Loving You are meant to evoke, while her take on Leonard Cohen's Bird on a Wire gets too tangled in the lyrics to let the melody fly free. -J.D. Considine 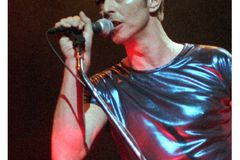 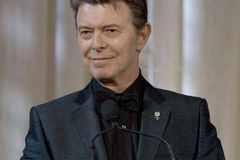 Rising out of the ruins
June 13, 2002
Follow Brad Wheeler on Twitter @BWheelerglobe
Report an error Editorial code of conduct
Due to technical reasons, we have temporarily removed commenting from our articles. We hope to have this fixed soon. Thank you for your patience. If you are looking to give feedback on our new site, please send it along to feedback@globeandmail.com. If you want to write a letter to the editor, please forward to letters@globeandmail.com.
Comments