Despite Drake's meteoric ascent, hip hop is a hard game to break into. More than any other genre, rap is rooted in authenticity and credibility. So for a half-black, Jewish, upper-middle-class Canadian teen-soap star named Aubrey Drake Graham to graduate from Degrassi to become a self-made superstar MC was unlikely. But to then be accepted as rap royalty (and hated as a pretender to the throne), dominate radio and pop charts, land magazine covers and score Grammy nods and Juno awards - all before releasing a debut album - is, well, unimaginable .

So Drake isn't joking when he raps in hit single Over that "nobody done it like I did it. " But that also means nobody has faced such pressure on their first album .

The Toronto rapper's confidence and self-possession, which made his sudden rise with the mixtape So Far Gone seem surprisingly reasonable, has helped him withstand that pressure and emerge with Thank Me Later, an album that stays true to his trademark sound despite an all-star guest list, ranging from Jay-Z and Young Jeezy to Lil Wayne and Kanye West .

"Call me overrated or created or too jaded, " he rhymes, acknowledging his critics in Show Me a Good Time, but none of those attacks are entirely applicable (except maybe the kicker "any way you put it, bitch, I made it "). What gets overshadowed by Drake's overnight success, and helps Thank Me Later transcend its hype, is that he is one melancholy cat .

His music is mostly moody and introspective, with icy synths and atmospheric beats backing anxious, vulnerable rhymes. Sure, he boasts with the best of 'em, but Drake also self-deprecates . Drake has always been unsure that he really wants what he thinks he wants. And now that he has it, he's even less sure - even as he also worries it won't last, freely fretting "my 15 minutes began an hour ago. "

There are admittedly traces of West's 808s and Heartbreak, especially in the skittery, all-sung single Find Your Love (which West himself produced) but Thank Me Later's emotional navel-gazing lacks West's often-suffocating self-pity and offers a proper synthesis of rap and R&B .

While many MCs hire a hook singer for better radio playability and faux female-friendliness, Drake mostly handles the (occasionally AutoTuned) singing himself and seems as eager to please women as impress men. It's a bold gambit, and the one he's most criticized for, but his sincerity allows him to blur lines, combine those audiences and craft a cohesive album that is more than a collection of singles.

Drake is neither the hip-hop saviour his supporters proclaim nor the pop-rap anti-Christ his haters complain. But he has succeeded on his own self-aware terms, bypassing the requisite street singles and rhymes about coke ( "I went with Sprite instead ") to rap - and sing - about broken hearts and the downside of realized dreams .

Yes, Drake's success was once unimaginable, but Thank Me Later proves it's no empty boast when he raps, "Point the biggest skeptic out, I'll make him a believer. " 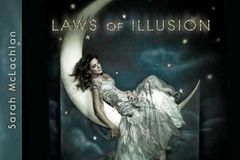 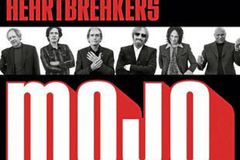 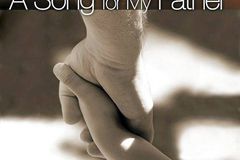 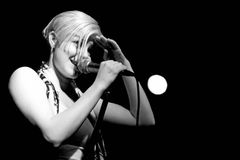