Let's pause for a moment and consider the problem of Amanda Palmer. For those of you not on Twitter, the Internet or planet Earth generally, Amanda Palmer is the cabaret punk singer, formerly of the New York-based outfit the Dresden Dolls, now leader of a band called Grand Theft Orchestra. She is also known for her eyebrow tattoos, hairy armpits, famous author husband (she's married to the novelist and graphic artist Neil Gaiman, author of the cult Sandman series) and self-confessed fondness for removing her tampon and whipping it across the room at parties, should the mood strike her. Think that's too much information about Amanda Palmer? Well just you wait.

I'd heard of the singer before this week, but only vaguely. Her wildly successful Kickstarter campaign, in which she broke from her record label and asked fans for $100,000 (US), to produce a new album only to receive $1.2-million, made headlines in the music press earlier this year. The Guardian called it "practically a template for a whole new industry," which is pretty high praise for singer who's music is like Ani Difranco reimagined by Kurt Weill for the young adult market. I don't mean to say she isn't worth listening to, just that you should be prepared for lyrics like, "When I went to get tested/I brought along my best friend/Who had once been molested." And as someone who minored in Women's Studies in the nineties, I've kinda been there, done that – with a big bowl of the road kill stew at the theatre collective's freegan potluck fundraiser on the side, you know?

The point is, Amanda Palmer is every bit as interesting and ground-breaking as she is derivative and annoying. I can't decide if she's the nose-pierced chick who once told me to "check my privilege" at an editorial board meeting for the campus paper or my new imaginary celebrity best friend (a role currently held by Jennifer Lawrence). In any case, Palmer got a lot more famous this week than she ever was before all thanks to an unannounced on-stage flash of breast. The accidental wardrobe malfunction, which involved a white shirt, a black bra and an errant left nipple, was covered (with photos) in the U.K.'s rightest of all right wing tabloids, The Daily Mail. The subtle headline read, "Making a boob of herself! Amanda Palmer's breast escapes her bra as she performs on stage in Glastonbury," with a video in case the photos didn't lay the mishap quite bare enough.

Palmer's response, which went brain-shatteringly viral in the past week, was to compose an "Open Letter to the Daily Mail" – and perform it live on stage at London's Roundhouse theatre. Naked.

So yes, she once composed a soppy poem to alleged Boston Marathon bomber Dzhorkhar Tsarnaev and put it on her blog (Gawker called it The Worst Poem of All Time) and yes, she also ran a campaign soliciting local musicians to work for free at her gigs after making $1.2-million in crowd-sourcing – a move that The New Yorker chided her for, saying she'd "resolved an otherwise irresolvable contradiction, by bringing together in outrage the investors and the musicians, ownership and labour."

But you've simply got to love a woman who tosses off her kimono while singing the words: "Dear Daily Mail, there's a thing called a search engine: use it!/If you'd googled my tits in advance you'd have found that your photos are hardly exclusive."

She then encourages fans to upload videos of the performance to all available platforms in the hope that The Mail would participate in the "discourse." Surprisingly enough, the tabloid has remained silent on the matter.

Her stunt underlines the twisted irony that a publication that specializes in publicizing the flaws in women's bodies (muffin top! baby bump! cellulite alert!) will ignore any woman who knowingly takes control of the situation. The Mail (and other body-taunting tabloids like it) are about debasing and shaming women. Yes I know this is obvious, but it's wonderful to have it pointed out in such an entertaining and original way. In this, I suppose Amanda Palmer is the essence of the punk rock cabaret star she claims to be.

What I learned about Courtney Love in only nine minutes
July 19, 2013 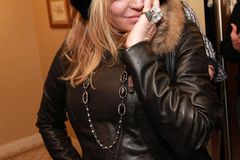 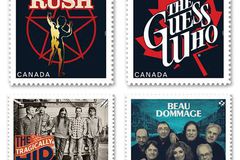 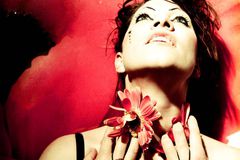