A rock star is no more what the fans imagine him to be than a film star with a gun and a vengeance is an actual vigilante. Still, who would have ever pegged Elton John as a driveway basketball-hoop guy?

On Saturday, a globally streamed and televised One World: Together at Home event brought audiences not only music but also a look into the houses of artists such as Paul McCartney, Stevie Wonder, Billie Eilish and Taylor Swift, along with the physically distanced Rolling Stones and the apparently jump-shooting John.

One World was less a melodious episode of Lifestyles of the Rich and Famous, more a carefully arranged entry into the music rooms of superstars, where the decors and backdrops drew as much attention as the performances. Here’s a round-up of the best, worst and wackiest of the songs and settings.

The three hosts (Jimmy Fallon, Jimmy Kimmel and Stephen Colbert) revealed themselves as wood lovers. Fallon’s excessive woodwork in particular was surreal. More seriously, why go with three self-isolated late-night U.S. television personalities if the event was global in scope?

Against a pastel backdrop, Taylor Swift somberly delivered the piano-based prayer Soon You’ll Get Better, written about her mother’s cancer diagnosis. Her singing “This won’t go back to normal” struck a vulnerable tone and sobering reality.

Did Canadian David Furnish banish husband Elton John and his baby grand to the basketball court out back? One half-expected John to top off his unsteady performance of I’m Still Standing with a tomahawk dunk.

While Lizzo’s version of Sam Cooke’s A Change Is Gonna Come took us to church, John sounded like comedian Larry David with a poor denture fit.

For the four-location version of You Can’t Always Get What You Want by the Rolling Stones, a grinning Charlie Watts played air drums instead of the real thing. Also missing: rap music, despite its ubiquity on the pop charts, was not performed during the two-hour event.

The room of Pearl Jam’s Eddie Vedder (who looked like a witness protection plan participant) was outfitted with a pump organ Neil Young would envy and a road case that once belonged to the Who’s Pete Townshend. Vedder also won the award for the most lit candles.

In the corner of Lady Gaga’s small, bright space sat a pair of golden barbells. Also, dying to know what kind of beer Stones guitarist Keith Richards had on his coffee table, and what was that encyclopedia next to his glass?

Billie Eilish is known as a quiet singer, but the pop star was nearly inaudible during her version of Bobby Hebb’s soul-jazz hit Sunny. The electric piano accompaniment by her brother Finneas O’Connell (who added in elements of James Bond music) was heard fine.

Not one, not two, but three Keith Urbans performed Steve Winwood’s Higher Love. When it was over, Bewitched-actress/wife Nicole Kidman popped in out of nowhere.

There’s Legend, and then there’s legend. No one should take issue with Paul McCartney singing a nurse-saluting Lady Madonna with a Sgt. Pepper’s Lonely Hearts Club Band bit of decor behind him, but John Legend’s conspicuous display of Grammy Awards during his transatlantic duet with Sam Smith was ferociously pretentious.

Cohabiting pop stars Camila Cabello and Canada’s Shawn Mendes shared a piano bench and an enthusiasm for vocal vibrato for a lovely version of Louis Armstrong’s What a Wonderful World.

Sensing the moment was bigger than themselves, many artists chose to perform standards and classics rather than their own material. Lady Gaga tastefully presented the Charlie Chaplin co-written Smile, for example, while an on-brand Jennifer Lopez was overly sentimental in a swank reading of People set against a glowing tree of fairy lights. 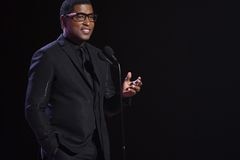 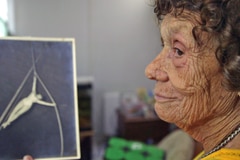 Who’s who of pop culture unites for ‘One World’ coronavirus special for front-line workers
April 19, 2020 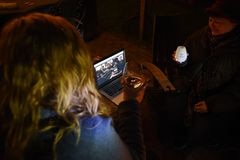