“Gotta get up and take on that world,” Moe Berg sang ages ago. “When you’re an adult it’s no cliché, it’s the truth.” When he wrote that line from the sardonic Pursuit of Happiness hit I’m An Adult Now, Berg was in his 20s, soon to be a rock star. Was he too young to realize then that everything about being an adult is a cliché, and that truth and cliché are not mutually exclusive?

About three decades later, Berg is 9-to-5-ing and pushing 60. He’s no longer a rock star.

What Berg is, is self-aware. Always was – just listen to She’s So Young, another early-career hit. And now Berg’s youthful observations about sex, love and growing old that were once precociously wry have taken on something approaching poignancy.

“I was pretty young when I wrote I’m An Adult Now and She’s So Young,” Berg says over the phone from London, Ont., where he teaches music production. “They’re more true now than when I wrote them. At the time they felt real to me, and now they feel even more real.”

Berg’s reflection is prompted by the release of a 30th-anniversary edition of the Pursuit of Happiness’s breakthrough debut album Love Junk. The band – known for its insouciance, guitar crunch and charismatic melodies – has more or less been on hiatus for the past 20 years. The Love Junk reissue brings the group together for shows in London and Toronto.

In addition to teaching at Fanshawe College in London, Berg spends his time producing albums or collaborating with other songwriters, such as folk-rocker Pat Robitaille or Todd Rundgren, the Hello, It’s Me hit-maker who produced the first two Pursuit of Happiness records. “Being in the studio, being creative, that’s what I like doing,” he explains.

If Berg wasn’t a grown-up in 1988, he seemed to be one five years later when critics were already calling the band’s third album a “comeback” record. Lyrically, The Downward Road dealt with what Berg described then as his “descent to adulthood.” At one point a persistent presence on MuchMusic, by the late 1990s, the Pursuit of Happiness was a spent force, creatively and commercially. Disillusioned with the music industry and hampered by stage fright, Berg turned his hand to writing fiction. The native Albertan’s short-story collection The Green Room was published in 2000.

Recently, however, a tour with the Canadian power-pop super-group the Trans-Canada Highwaymen (with Sloan’s Chris Murphy, Barenaked Ladies’ Steven Page and Craig Northey of the Odds) rejuvenated Berg’s appreciation for TPoH.

“It reminded me of how much fun it was being in a band,” Berg says. ”It got me back on my feet.”

Hearing the songs of a 30-year-old album might be a nostalgic experience for fans, but not for Berg, who always suspected his lyrics were being misinterpreted. For example, when it comes to the creepy Looking For Girls, the song’s lead character is more virtuous than the lyrics suggest.

“Deep in his heart, he was a romantic,” Berg says. “He wanted to meet the girl of his dreams and live with her forever. I’m glad I had that idea in me back then."

Asked if the live TPoH shows and the deluxe Love Junk re-release will trigger a new record, Berg, while not ruling out the possibility, believes it is out of his hands.

Screaming? From Pursuit of Happiness fans? Such a notion. They are, after all, adults now. 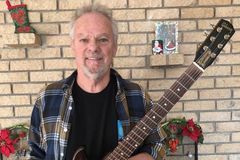 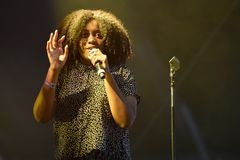 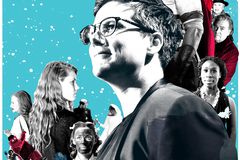