It would be inappropriate to refer to Leonard Cohen’s posthumous Thanks For The Dance as a comeback album, but LPs from Celine Dion and Neil Young fit comfortably under that heading. The chin-up balladry of Dion’s Courage represents her first English-language album since the deaths of her husband and brother in 2016. The loping electric grunge of Colorado marks a long-awaited studio reunion with Young’s backing band Crazy Horse. Cohen’s Thanks For The Dance, on the other hand, is only a comeback in the sense that he died three years ago, with a new release now constituting a momentary return to commercial duty.

Although the set list of Dion’s current tour is light on songs off this new album, the high-priced cuts are built for the stage. Lying Down, a Sia-David Guetta co-write, is a soaring ballad of defiance: “I found me, I found faith, I found trust," Dion sings, surely on a pedestal. The title track is all piano, strings and turbo-charged pluck. Dion, of course, is most comfortable in luxurious ballads – nothing but five-star accommodation for her to stretch out in. On For the Lover That I Lost, a weeper partly written by sad-song maestro Sam Smith, Dion mourns: “I laid a dozen roses for the lover that I lost/ I stand by all my choices, even though I paid the cost.” How Did You Get Here has an attractive sixties vibe; I Will Be Stronger is more timeless. “It’s not the end,” Dion sings, as persuading as ever.

Leonard Cohen: Thanks for the Dance

“I can’t make the hills, the system is shot,” Cohen groans on The Hills, from Thanks for the Dance. “I’m living on pills, for which I thank God.” The song, one of nine built posthumously around Cohen’s last recorded vocal tracks, is the most musical. It’s co-produced by Montreal’s Patrick Watson, who may have had Pink Floyd in mind. And perhaps Cohen did, too – who knows, maybe seeing himself as The Wall’s protagonist Pink in a retirement home. Elsewhere, arrangements are graceful and subtle, but less interesting. These are soft musical beds for Cohen’s settling of accounts and semi-sung memories – erotic on The Night of Santiago. Son Adam Cohen produced everything else, including the waltzing title track. His work is respectful. Watson’s is better.

It was a performance by Neil Young and his recently reunited Crazy Horse band at Winnipeg’s Centennial Concert Hall on Feb. 4 that persuaded Young to record again with the Horse. In April, they reconvened in the Studio in the Clouds in the Colorado Rocky Mountains where Young lives with his actress-wife Daryl Hannah. Guitarist Nils Lofgren told Rolling Stone magazine that upon arriving in town, he was visited by a bunch of stray dogs. Seeing his ragged old bandmates, Young might have felt the same way. As Crazy Horse albums go, Colorado is on the mellow side (although angry tracks Shut it Down and Help Me Lose My Mind might show Pearl Jam who’s still boss). Young brought in a vintage console that dates back to the 1972 Harvest sessions, and more than one track recalls that era. Lyrics often address environmental concerns and alarm bells previously ignored. On the piano-dappled Green is Blue, Young sings about a polar bear passing by on an ice floe. The bear is a message. Young is the messenger. Are we listening? 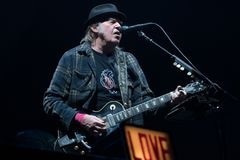 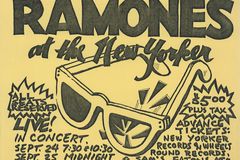 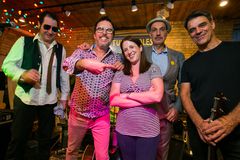