A new Canadian album in Glenn Gould’s name is occasioning a furor among fans of the revered pianist. It’s called Uninvited Guests, an adventurous compilation of nine tracks using Gould samples in pop, electronic and hip-hop settings. The composition Gettin' That, for example, takes a loop from Gould’s recording of Bach’s English Suite No. 4 and sets it to a sick beat and well-spit rhymes.

Would Gould approve? Remember that this was the pianist who, as a brash 22-year-old prodigy, made his career by goosing Bach’s Goldberg Variations in 1955. Pearls were clutched and Packards careened into ditches when Gould’s ecstatic updates of Johann Sebastian’s snoozy melodies were heard.

Gould was an iconoclast. Moreover, he was a deep thinker who foresaw the DJ culture – the remix album Uninvited Guests takes its name from the pianist’s ideas on the diminishment of the performer and the audience’s intrusion into the “banquet of the arts.”

Preceding Friday’s release of Uninvited Guests, album producer Billy Wild and his team took over the Gould YouTube channel with an album teaser and videos explaining the project. The feedback, in the form of online comments, was not kind.

“We were called the antichrist,” says Toronto’s Wild. “We were told what we were doing was an abomination, and that Gould would have hated it.”

Asked how Gould might have felt about the Uninvited Guests project, a man who knew the pianist well was of two minds. “I know that he wouldn’t have wanted anyone to change his work,” says Stephen Posen, who was Gould’s lawyer from 1971 until the pianist’s death at age 50 in 1982. “However, he would have been intrigued, and probably enthusiastic, by the innovative use of technology. And in the case of Uninvited Guests, by bringing his art to a younger generation.”

Until 2017, Posen was the sole executor of the Gould estate. The rights to the pianist’s name, likeness and publishing royalties now belong to Primary Wave Music, the New York-based publishing company and management firm that is home to the likes of Bob Marley, Whitney Houston, Burt Bacharach, Prince and Alice Cooper.

The roots of Uninvited Guests stretch back to a 2012 happening at the University of Toronto titled Dreamers Renegades Visionaries: The Glenn Gould Variations. In the years since, Wild has hopped hurdle after hurdle trying to get the Uninvited Guests album across the finish line. But while the Gould estate has always been on board, Sony Music, which owns the master recordings of Gould’s catalogue, wouldn’t sign off.

“It was becoming clear that it was going to be next to impossible for us to get the licensing to use the samples,” says Wild. “Sony was intrigued with what we were doing, but without the licensing, we had no way of monetizing the project.”

Discouraged, Wild held a multimedia Glenn Gould exhibit at a Toronto gallery in the fall of 2018. In the gallery’s basement, Wild and the Uninvited Guests collective performed their Gould remixes. That five-day event was supposed to be a farewell bash, with Wild walking away from the project he’d worked on for so long.

Then Sony changed its mind and worked out a deal with Primary Wave. Wild was asked to deliver an album in weeks. Which he did, using artists on his label and production house Division 88 to put together the album of Gould samples, spoken-word snippets and contemporary pop in the form of hip-hop, trance, electronica and neo-soul that has at least one Gould enthusiast semi-impressed.

“I’m pleasantly surprised," says Ron Davis, a jazz pianist and one of the organizers of the Gould event at U of T in 2012. Davis particularly appreciates the track Goodnight, a dreamily melodic number built around a sample of Gould playing a Brahms intermezzo in E major. “It sounds great, it’s engaging and it’s smart.”

On the other hand, Davis is upset by the material with R-rated lyrical content. “Gould had a puritan streak to him,” says Davis, the former secretary of the Glenn Gould Foundation. ″He would have been horrified by the misogynistic language and sexualized imagery."

The reaction of Davis and the enraged social-media commentators comes as no surprise to Jordan Moran, director of digital marketing with Primary Wave. “We expected the initial negative feedback. But while we’re excited for classical music fans to hear this new project, it’s for the new Gould listener. We hope they embrace it.”

Clearly Uninvited Guests is not for everyone. As for Gould’s own take on it, we can only speculate. Or we can reference a quote from Gould himself, used in part on the album’s introductory track: “I believe that the only excuse we have for being musicians and for making music in any fashion, is to make it differently, to perform it differently, to establish the music’s difference, vis-a-vis our own difference.”

How’s that for a mic drop?

Critic’s notebook: The career of Stevie Nicks is the stuff of dreams
October 21, 2020 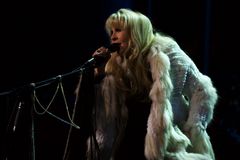 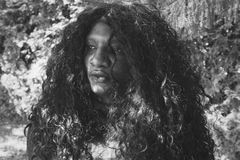 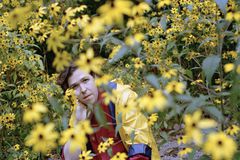