Despite being a four-time Juno Award nominee among the vanguard of jazz-based singer-songwriters, Elizabeth Shepherd had nevertheless decided to quit.

She had had enough of the independent-musician hustle, the itinerant life, the low pay. The decision to pack it in came after a performance out of town, in Toronto, two or three years ago, she remembers. She was feeling “supremely lonely” that night, once again on the other end of the phone from her husband and young daughters back in Montreal. She was tired of the attendant struggles of making it in music.

Being a singer-songwriter is hard enough, even anointed by the highly influential British club and jazz radio DJ Gilles Peterson, even with her success in Japan. Yet being jazz oriented, mixing chorus and verse with at times an almost Latinesque funk, isn’t typically synonymous with superstar success.

Her latest project, an ambitious collection of songs about Montreal, had also hit obstacles. In particular, she was trying to interview pianist Oliver Jones, the elder statesman of Montreal jazz, about the legendary club Rockhead’s Paradise that is now long gone. Her research into the jazz club would centrally inform her new material, but she had trouble pinning down Mr. Jones to speak with him.

That was before an event of pure chance turned everything around for her. With an accompanying coffee table book due out next year and a series of short films for each song, her new album MONtréal, which is now available digitally and will be released on vinyl in February, draws on the interviews she had with fellow Montrealers, a compendium of contemporary street lore.

She sought out some people to talk to for their knowledge of particular corners of the city. Some people she simply stumbled upon, strangers on the street, telling stories about the city she loved, as she asked them about buildings and neighbourhoods that drew her in.

Most were happy to talk. It’s not always easy getting strangers to unfurl their stories, but time tends to slow in Montreal, Ms. Shepherd said. The city’s pace allows for park bench chats. And telling people she was a musician helped disarm them. “I would say, ‘It’s an artistic project, trying to uncover hidden stories about the city.’ So there was this commonality. I was no threat, and people for the most part really like being part of an artistic project. For some, it’s like they were waiting to tell their story. The floodgates opened,” she said.

She has since moved with the family an hour’s drive north of Montreal in the Laurentians, but they are still closely tied to the city, professionally, spiritually. “[The album was] an investigation of this notion of home,” she said. “I grew up all over Canada and spent a lot of time between Toronto, Montreal and Paris.” Her parents were Salvation Army ministers.

In some ways, that introspection resembles an earlier breakthrough album of hers, 2008′s Parkdale. That LP was also about an understanding of place, in that case the artistic and vibrant, but also economically transitioning Toronto neighbourhood Parkdale in which she was living at that time.

“It was really me looking to the neighbourhood of Parkdale as a reflection of what was going on within myself." And MONtréal had that same impetus, at least in the beginning, “but then it really shifted somewhere along the way," she said.

Her curiosity led her to the city’s aboriginal origins as Tio’tia:ke (Mohawk for “where the currents meet”), inspiring the album’s opening song. It also led her to stories of the gay rights protests of 1977 (Montreal’s version of New York’s Stonewall uprising) which followed the police raids of the Montreal gay bars Le Mystique and TRUXX, leading René Lévesque to introduce legislation prohibiting discrimination based on sexual orientation. And she dove into the history of Montreal’s Anglo African-Canadian community, and the buildings that once centred the community, the Negro Community Centre and Rockhead’s Paradise, the legendary jazz club.

In other words, the songs were no longer about her.

She didn’t strictly set the interviews to music. She used her research more as inspiration. “This is the thing with the songs, I took liberties with the interviews. Rather than trying to assume the narrative of someone – [with] one exception – I found it easier to write about the stories that they told me and then, extrapolating from that, by keeping it rooted to the place in question,” she said.

She wanted to write music with scenes of Montreal that Montrealers would recognize. She isn’t trying to explain the city to outsiders, she said. The coffee table book will have more of the actual stories, but she is going more for the elusive feel of the place in the songs.

“It really felt this was an ode to our city, that others from the city could relate to and say, ‘I know that guy who plays spoons down on that corner.’ Or, ‘I know that building or that square or that intersection you’re talking about.’” Many of the songs are sung in French.

“It is very much like when you’re writing a song of love for someone, you’re not thinking, ‘How am I going to talk about this person so that everyone else can love them?’ You’re just singing to them. It really felt like that.”

Still, the new songs, which draw on the best elements of any soul-jazz record collection, from Chick Corea-like space jazz piano to French jazz pop intricacies, was starting to drain her. The album took a long time to come together (made that much longer by the arrival of her second child).

And there was that one elusive interview.

“There was one interview in particular that I wanted to have when I started investigating Little Burgundy, which is the heart of English black culture in Montreal, with the jazz clubs back in the 1930s and 40s. I wanted to speak to Oliver Jones, who was there at the time and is still alive. I kept trying to set up meetings … and it just wasn’t happening,” she said.

Her inability to interview Mr. Jones became a stumbling block that she took to heart. She saw it as a sign, she said. Did anyone even care if she continued the project? Was the hustle and self-promotion, the endless e-mails and social-media updates to stir commercial interest all worth it? These would only take her away from her family and actual music-making. The hustle, she admits, isn’t her forte.

But then something happened, sheer luck, a signal to stick with it.

It came when she was boarding the plane back home on the morning after the dispiriting gig that resulted in the call with her family from a different city. “I had resolved in myself that I was quitting, and I’ll announce it to the family, and I’ll see what I’ll do from there. Like, massage therapy school?

“Then I got on the flight, and much to my chagrin, I noticed that there was someone sitting on the seat next to mine,” she said. “And when I got closer to the seat, I saw it was Oliver Jones!” The flight was delayed. She sheepishly asked if she could interview him. They shared their stories and wound up talking for two hours. It gave Ms. Shepherd what she needed. 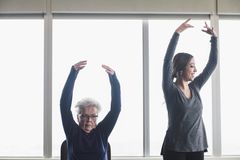 Can joking about Indigenous oppression be funny?
September 26, 2018 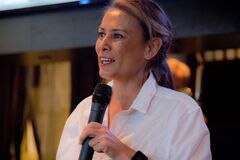 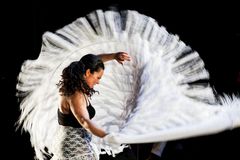 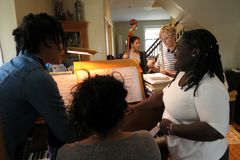 Be cautious, wealthy investors – the art market could be in a bubble
December 27, 2018 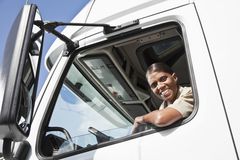 How Iskwé, Serena Ryder and other women are changing the Canadian music industry
May 7, 2018 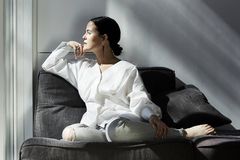