In November, 2016, days after Donald Trump was elected, Against the Grain Theatre held an evening dedicated to the music of composer Osvaldo Golijov. The headlining piece was his song cycle for soprano and ensemble, Ayre, an arresting collection of texts and melodies rooted in both East and West, old and new.

Golijov, an Argentine descendant of Romanian Jews, flew from his home in the United States to hear his Ayre performed at Toronto’s Ismaili Centre, a cultural marker of Islam’s place in Canada, by Canadian soprano Miriam Khalil, a Christian, Lebanese-born, Syrian-raised immigrant.

Ayre’s quilt-like ancestry – its “bastard parentage,” to use New Yorker critic Alex Ross’s term – is not only a trait of the work, but a platform for its stories. Khalil’s interpretation comes in the wake of the premiere, definitive recording made in 2005 by American soprano Dawn Upshaw. Gloriously unhinged as Upshaw sounds, Khalil, who speaks fluent Arabic and even grew up singing some of the songs Golijov chose, performs this cycle with a personal understanding that makes this recording a mature iteration of the work.

Titled after the Old Spanish word for “song,” Ayre is so relentless in its storytelling that it’s almost exhausting – another emotional wave we can surely ride alongside Khalil, who sings the challenging work with her whole body. Few singers have the stamina or the stylistic palette that Khalil employs throughout Ayre, and it’s even more impressive when one remembers this is a live recording.

As an opera singer, Khalil spends her voice generously in Golijov’s stretchy, hovering soprano lines. And unlike an opera singer, she sets few limits on how she uses her instrument. She begins the cycle with a sound that’s close to a Western classical voice, one that could translate into a recital of songs by Debussy or Schubert; but over Golijov’s expansive arc, she moves her voice into the technically risky sound worlds of chest voice and nasal production. As the styles intertwine, it’s astonishingly organic to hear her womanly, spinning vibrato hover over an electronic beat that is totally danceable.

Listening to Ayre is a trip. It begins in a far-flung soundscape, vague enough to require a meagre emotional investment; one can hear the ping of George Crumb, with whom Golijov studied. Yet by the second track, Una Madre Comio Asado, we’re already being asked to choose between the beauty of Khalil’s lullaby tone and the horror of the text she sings: “And a mother roasted and ate her cherished son,” starts the traditional Sephardic song, based on the Book of Lamentations.

By the cycle’s halfway point, at Wa Habibi (My Love), we hear the roar of an electronic accordion, a thrilling, modern descant above the guitars and klezmer clarinet. It is the most memorable shock in Golijov’s score, as though the gravity of Ayre’s message becomes clear: This is no story of ancient oppression, far removed in its old texts and folk sounds, but of a contemporary tyranny just around the corner. The final song, Ariadna en su Laberinto (Ariadne in her Labyrinth) is a gorgeous extended meditation on everything that precedes it, distilling the story of the abandoned Ariadne in just one phrase: “I cry because you leave me.”

With Ayre Live, Against the Grain Theatre has christened its new record label with a piece that evades definition, a game in which artistic director Joel Ivany excels. The recording is a nod to the opera collective’s roots, with its spotlight on founding member Khalil, but more importantly, it’s something that will make it into my daily playlist. It’s too bold for background music, too tough to forget after even just one listen. 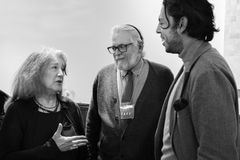 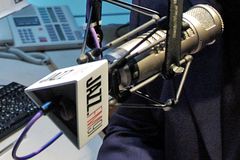 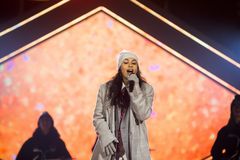