Imagine the perfect opera for an audience in 2019: It’s in English, populated by characters we understand and recognize, and balances stunning moments of singing with merciful comedy. It sounds a bit trite to say, but Figaro’s Wedding just might fit the bill.

The production comes via Against the Grain Theatre, the star indie opera company that has largely made its name with “transladaptations” – translated adaptations of traditional operatic repertoire such as Puccini’s La bohème, or, in this particular case, Mozart’s The Marriage of Figaro. The show first went up in 2013, winning a few Dora Awards and creating a cult-classic-like following among Toronto’s opera scene. Now, like a well-loved dose of nostalgia, Figaro’s Wedding is back on the season lineup as Against the Grain Theatre marks its 10th season.

But why is it so perfect? Because it does what all operas hope to do with an audience, particularly those who aren’t season opera-goers: It tells a great story, no matter how little homework you’ve done. Figaro and Susanna are mere hours from their nuptials, trying to pull off their Perfect Day at one of Toronto’s most hipster-chic wedding venues, the Enoch Turner Schoolhouse. Standing in the way are money troubles, a predatory best man and enough miscommunication to fuel any farce. Pretty standard for a twentysomething couple with terrible friends, planning a wedding they can’t afford.

Figaro’s Wedding is a night of immersive theatre that constantly reminds you that it’s also properly opera. Audience members transform into invited guests, and the compact band, deftly led by music director Rachael Kerr, walks the line between diegetic and non-diegetic playing. There are gags – characters running amok through the crowds, Nokia ring tones played on a grand piano and a “sexy” Santa Claus costume.

But more importantly, there are major moments of singing that seal the emotional deal for a story that could otherwise become fluff-adjacent. Miriam Khalil (as Rosina) and Phillip Addis (as Alberto) have some of these highlight moments, moments of enormous highs and lows; and no matter how much opera you’ve seen, there’s nothing quite as overwhelming as hearing voices such as these from just a few feet away.

The big test, though, is in how Figaro’s Wedding reads to true opera fans. The original Marriage of Figaro is about class and status, the 18th-century power dynamics laying out some high stakes for its main characters that are hard to replicate today. Figaro and Susanna are live-in servants to the Count, and Susanna is rightly scared of the very real possibility that the Count will rape her on her wedding night, as is his right according to the droit du seigneur. This is no silly story of a crazy boss – Figaro and Susanna live in a world where saying no to the Count can literally cost them their lives.

In Figaro’s Wedding, AtG artistic director Joel Ivany wisely sidesteps this old power structure, and instead hinges it all on something more timeless: money. Stretched thin on wedding expenses, Figaro and Susanna look reluctantly for help from Alberto (the renamed count), who is Figaro’s wealthy boss and also happens to be his best man. Alberto is generous with his money, but makes it crystal clear to Susanna how she can pay him back. Susanna finds herself caught between a rock and, ahem, a hard place, wanting the wedding of her dreams without angering Alberto and jeopardizing Figaro’s job. Oh, and Alberto’s wife, Rosina, is understandably miserable.

It’s not the same story, no. And it does morph these cornerstone characters into new people, some more effective than others. Figaro and Susanna are less the whip-smart help who outsmart their bumbling rich boss, and more the average young couple excited to get married, with naive expectations of how much it will cost and just how much attention will be paid to them the whole time. Alberto is no blustering Count relying solely on archaic laws to get him laid; he’s a seasoned creep who must be held entirely accountable for his immorality. And Rosina is a fascinating modern version of trapped woman; she could easily divorce her husband, sure – but married people all know that the answer to an unhappy marriage is just not that simple.

It’s all so refreshing, the organicism in Figaro’s Wedding. Even with its moments of self-awareness, Ivany and his company have taken a transladaptation and turned it into a complete, self-sufficient story that’s properly funny, poignant and seriously sung.

The Queen in Me is a damning inside scoop on Canadian opera’s exclusivity problem
December 3, 2019 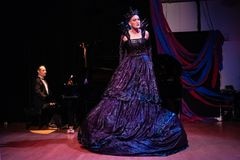 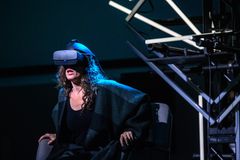 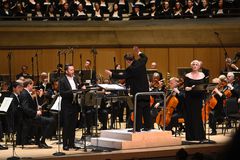