Avril Lavigne was the Billie Eilish of her time. Her debut album, Let Go, from 2002 was a multiplatinum pop-punk game changer, from a small-town skateboarding Ontarian whose angst and all-in-black moxie still empowers young women to realize their bedroom-mirror musical dreams. The Bad Guy pop star Eilish, born the same year Lavigne recorded her signature hit Complicated, is a Lavigne devotee.

Now, it’s 2019, and the singer who famously asked, “Why do you have to go and make things so complicated?” might wish her life today was as simple as it used to be. Lavigne’s latest album is Head Above Water, a ballad-driven break-up record inspired by the 34-year-old artist’s battle with Lyme disease and what she describes as a “toxic” personal relationship. The double-divorcee and former Sk8er Boi-singing teen now puts out emotive, string-laden anthems such as I Fell In Love With the Devil, as if she had designs on becoming the new Jann Arden or the latest Sarah McLachlan.

“With this album, I wanted to go back to my folk and gospel roots,” Lavigne says on the phone from Los Angeles, mentioning the Ontario fairs she played long ago as an acoustic-based singer-songwriter, before her eventual bratty-music breakthrough. "I wanted to showcase my voice in different ways.”

In support of the album (her debut with BMG), Lavigne is touring for the first time in five years. She’s had issues over creative control with record labels in the past, but the Napanee, Ont., native claims she’s had no such problems with BMG. “They signed me as a fully developed artist,” she says.

Despite the mature tone of Head Above Water, Lavigne hasn’t put her punk-pop past completely behind her. The album’s Dumb Blonde (with guest Nicki Minaj) is all bubblegum and young defiance. “Punk is an attitude, a lifestyle and a state of mind,” the singer says. “I have my wild side, still. The young Avril Lavigne, she’s still in there.”

Ten tours, albums and concerts to take you into 2020

The New Pornographers: Falling Down The Stairs Of Your Smile, the first single taken from the indie-rock all-stars’ forthcoming album In The Morse Code Of Brake Lights (coming Sept. 27), is a bright, high-pitched blast of sparkles and synths against an all-day groove. In other words, business as usual for the Can-Am supergroup.

Begonia: The synth-soul siren Alexa Dirks is a star in waiting, with a just-out debut full-length album Fear that is poised to knock out the Adele crowd. An appearance at Pop Montreal this month starts a string of dates that end in a pair of hometown Winnipeg shows on Feb. 27 and 28, 2020.

Tegan and Sara: Is the indie-pop duo’s new track Hey, I’m Just Like You a nod to the identical twins’ shared genetic makeup? Answers may be found in their nostalgic new memoirs (High School, out Sept. 24), their new album (Hey, I’m Just Like You, set to drop Sept. 27) or a combined album/book tour that features readings, home videos and acoustic performances.

Drake: After leading the Toronto Raptors to an NBA championship this year, the court-side towel waiver and hip-hop superstar is reportedly ready to release a follow-up to 2018′s streaming revelation, Scorpion. Parade plans pending.

The Glorious Sons: A War on Everything, the new album from the rugged Kingston sextet, comes complete with The Ongoing Speculation Into The Death of Rock and Roll , an anthem-rock rumination and convincing refutation. A hometown football stadium show on Sept. 21 precedes a North American tour early next year.

Rheostatics: The new album from the folk-rock adventurers is Here Come the Wolves, an eloquently epic product a long time coming – it’s been 15 years since their last studio LP. A fall tour of small-town Canadiana includes a curious visit to Omemee, Ont., Neil Young’s hometown.

Alex Cuba: The latest LP from the Latin Grammy Award winner is Sublime, and not since the Magnetic Fields’ 69 Love Songs has an album been so accurately self-described. An 18-date Canadian tour in support of the album (out Sept. 20) kicks off at Vancouver’s Kay Meek Arts Centre on Nov. 6.

Neil Young and Crazy Horse: The rock icon and his grunge-rock drifters unsaddled in April at a ski-country recording studio. The geographically-specific sessions yielded Colorado, set to drop Oct. 25 and preceded by the languid lead single Milky Way.

Patrick Watson: The Lennon-esque new single Dream for Dreaming sounds if it were made under the sea. It’s a hint of the melancholia to come, on an album written by the Montrealer in the shadow of deep personal loss. The LP Wave washes ashore on Oct. 18, with a tour of Quebec to follow.

Bruce Cockburn: A fall schedule in support of an all-instrumental new album (Crowing Ignites, out Sept. 20) takes the If I Had A Rocket Launcher icon to unique venues down south (including the famed McCabe’s Guitar Shop in Santa Monica, Calif.) and traditional ones here, starting with Toronto’s Koerner Hall on Oct. 19. 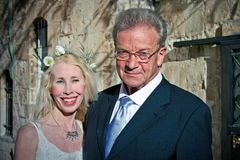 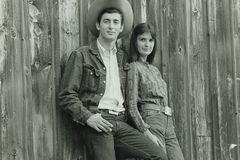 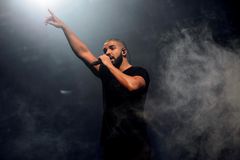