It’s back-to-school time, and that means disconnecting from your kids. The people who have been running rampant throughout the house are about to start rampaging through other halls. And when they are, today’s hottest albums will be the soundtrack to this year’s high jinks. So when you inevitably run out of things to talk about – because talking about school is boring or “you just don’t understand” – remember that music can open a lot of doors if you know the passwords. Here are the not-so-secret codes – the bops, bangers and jams that’ll keep you in touch with today’s young ‘uns. Plus, some terms to use to make it sound as if you actually know what you’re talking about.

Tyler, the Creator – Call Me If You Get Lost

If young people around you have been talking about travelling to Geneva, Switzerland, with their toes out, Call Me if You Get Lost is the reason why. Tyler, the Creator has been many things over the years – provocateur, TV writer, actor, rapper, often heartbroken – and now he’s a jet-setting homewrecker. Backed by the audaciously hype ad-libs of DJ Drama and a kaleidoscope of gritty, yet luxurious production, Call Me if You Get Lost is when IGOR meets a yacht rap and Marvin Gaye’s What’s Going On. Tyler’s lyrics, packed with opulence, are the slickest he’s ever rapped, and act as a veneer for his vulnerability. Follow Tyler Baudelaire on his lavish trips around the world as he pines for a lover he could never have.

If you haven’t noticed by now, Olivia Rodrigo is the avatar for bitter teenage angst today. Every emotion you’ve ever felt after a breakup is here on Sour. Need an indignant ballad to get quietly mad with? Listen to Driver’s license. Seeking a cathartic track to express jealous rage about how someone could be over you so quickly? Good 4 U. Need a tune to mock your predictable ex? That sounds like Déjà vu. And if you need a song to remember how much being a teenager sucks, that’s Brutal. Bouncing between Taylor Swift-ian verses with dulcet tones and repainted Avril Lavigne ragers, Sour is a vision into the whirlwind of teenage emotions.

Doja Cat is the queen of TikTok, and this album is a content gold mine. Say So walked so Kiss Me More could run. Planet Her is a pop star’s dreamscape: super sweet hooks surrounded by brisk verses and hyper-polished production. It’s quick, it’s catchy, it’s sexy, it’s dance-y. It’s an album that gives tropical house Woman and Naked plenty of space for choreography while still maintaining infectious choruses that beg to be repeated. The key to Doja’s music is repetition: repetitive hooks, repetitive beats and repetitive moments that make it interactive. When collaborator SZA sings “Caught dippin’ with your friend/You ain’t even half man, lyin’ on your – you know that” on Kiss Me More, you know to have that wrist ready because she preps the meme by repeating the last couple of words.

There’s nothing like a good clash between titans. Both albums are middling, but beef between these two artists is essential to the culture. One is a pseudo gospel album dedicated to the artist’s mother that also reveals his slow degradation into a glorified DJ Khaled, and the other is a Drake album. While Kanye West makes a last grasp at new stylings, Drake is content being his own planet as derivative production orbits around him. Certified Lover Boy bounces between boom-bap, afrobeat, trap and Drake’s trademark half-rapped, half-sung R&B, while Kanye tries to merge gospel with anything on the musical spectrum. Nobody names but the beef is palpable between these two, and Drake attempts to address it with 7AM on Bridle Path to some success. “Give that address to your driver, make it your destination, instead of just a post out of desperation,” he raps, making reference to Kanye exposing his address on Instagram. “This me reachin’ the deepest state of my meditation/Why you over there tryna impress the nation? Minds runnin’ wild with the speculation.”

Drake has nothing to gain in his beef with Kanye

Both albums employ a plethora of featured artists and it’s not surprising to see the two legends engulfed by them. Drake and Kanye are both past their prime.

Young people are depressed, and the pandemic has only made the situation worse. But they’re also not afraid of talking about it, so it’s no surprise the topic has bled into the music. Arlo Parks is a 21-year-old songwriting virtuoso who reflects on the black dog, breakups and unrequited love. Her gentle voice couples with despondent lyrics to create an aura of quiet despair amid Collapsed in Sunbeams’ delicate production. Beachy guitars backed by a deft set of a drums makes for a timeless sound that Parks fills with lyrics that many would consider ahead of her time. For a 20-something, the result couldn’t be truer to the moment.

Billie Eilish – Happier Than Ever

At just 19, Billie Eilish is already an icon. The aesthetic, the voice and the accolades all speak for themselves – so it makes sense that Happier Than Ever is smaller in scale than her previous work. Instead of creeping and brooding, the album is Eilish at her most introspective, subtly flexing and exuding quiet confidence while shifting between pop, synthy R&B and bossa nova. On I Didn’t Change My Number she calmly tells an ex, “I didn’t change my number, I only changed who I believe in/You were easy on the eyes, eyes, eyes, but looks can be deceivin’,” and that energy permeates the album. At this point there’s seemingly nothing that can phase Eilish musically or personally and that’s a rare feat at her age. She’s already reached the pinnacle and been a spectacle and now the musical landscape lays at her fingertips. A smorgasbord of styles, Happier Than Ever is an album that shows Billie Eilish can do anything.

If you’ve overheard bickering about JOBA’s hair, Kevin Abstract’s deleted tweets or the Ameer Vann situation, this is the group that puts all the pieces together. Brockhampton, the best boy band since One Direction, is back to their genre-bending ways. Since 2017, Brockhampton (consisting of 13 members) has been a critical darling, and the praise has only continued with Roadrunner: New Light, New Machine. Folding R&B, hip hop, pop and indie rock into one album has led to one of the most prismatic projects of the year. Roadrunner brings a much more polarizing sound than its predecessor Ginger, opting for the group’s trademark psychedelic aesthetic on rap tracks Buzzcut and Windows, while still maintaining poppy bounce on Count On Me and Old News. According to Kevin Abstract, the group’s leader, the next record could be Brockhampton’s last, making Roadrunner an essential listen. 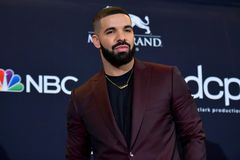 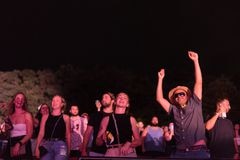 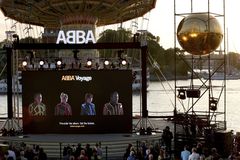