The musicians will be ghostlike, a little bit see-through. They’ll be in the same room as Jill Barber, but nowhere near her – or each other, for that matter. And the “room” is a 10,000 square-foot green-screen-equipped film studio. But thanks to the magic of technology – including a virtual reconstruction of a landmark venue – it will appear as if Barber and her band are together, singing at the Palomar Supper Club, a Vancouver institution that was demolished long before the singer was born. At home on Friday night, viewers will be able to watch the livestreamed show two ways – the immersive magic or the behind-the-scenes reality.

The creative team is approaching this as more an event than a straightforward livestreamed show, which promises not only to be a fascinating experiment – but could become a model for live concert experiences until actual in-person performances are able to resume safely.

“The one good thing about this time is it feels like a good time to experiment,” says Barber during a recent interview from her home in Vancouver. “So many folks across Canada and beyond are on a lockdown. We can’t go out for a night on the town. But we wanted to create that experience virtually – of being at a bustling nightclub.”

The band members will be wearing motion-capture suits; the studio in Burnaby, B.C., will be equipped with 70 cameras to capture the band, dancers and extras. In addition, Barber will be surrounded by a ring of augmented reality-enabled broadcast cameras as she performs in English and French – mostly original material along with a couple of jazz standards.

“It’s been a major learning curve for me because I didn’t know anything about this world before,” she says. “[It’s] a really exciting project that absolutely would not have happened if not for the times that we’re living in.”

The event – tickets are $16 – is being produced by Shocap Entertainment, which launched in 2019 with the goal of reinventing cross-reality programming by producing live performances in virtual worlds.

Company co-founder Brett Ineson – who is also president and chief technology officer of Animatrik Film Design, which specializes in performance capture for film, video games and television – has worked on all kinds of huge budget films, including Avengers: Endgame, Rogue One: A Star Wars Story and Deadpool 2.

But this is live and therefore much more intense, he says. This is Shocap’s third live-to-broadcast production, but in the other two instances they were only tracking a single person.

“From our perspective, it’s four times as complicated as anything we’ve done before. So even though we have some experience, we’re kind of taking a leap forward,” Ineson says.

“It would have been so much easier to just film this experience and then broadcast it,” says Barber, a singer-songwriter whose oeuvre does not immediately bring to mind Aquaman or Thor: Ragnorak. But she was intrigued by the idea of performing live in this way.

“I don’t know anything about gaming; I’ve never seen Deadpool,” she says, thinking back to the August conversation. “But by that point in the pandemic I had kind of shifted my thinking to be open to adapt and to be open to try new things outside of my comfort zone.”

It’s a made-in and for-the-pandemic concept. Barber was doing online acoustic shows in the spring streamed from her living room, which caught the attention of a neighbour, Sang Mah, who is executive director at Shocap and had also seen Barber perform live. Mah reached out and suggested producing a virtual concert.

The inspiration to make the “venue” the Palomar came from Aaron Chapman’s book Vancouver After Dark: The Wild History of a City’s Nightlife. Barber was flipping through it and was intrigued by the club that played host to jazz greats such as Billie Holiday and Louis Armstrong. “I thought how cool would it be in this time to resurrect a venue that hasn’t been around for 60, 70 years? And bring it back. And play ‘on the same stage’ as those acts? Continue the legacy of that?”

For Shocap, it’s an exciting event in and of itself, but also one that could inform future projects. “The idea is to build [live shows] bigger and bigger,” Ineson says.

And for Barber, it has been thrilling – and therapeutic.

“My life’s work as a musician, as a performer, is what allows me to be the full expression of myself,” she says. “So when COVID happened and suddenly all of that fell away for who knows how long, it felt a little bit devastating. And this opportunity to reinvent how I communicate with my audience has meant everything to me.” 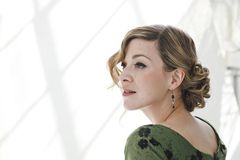 Jill Barber brings a songstress's grace to the stage
October 24, 2011 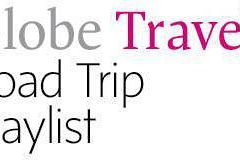