Merkules is one of Canada’s best-kept hip-hop secrets – and also highly in demand as a shoulder to cry on.

The Surrey, B.C.-bred rapper – born Cole Stevenson – is forthright about his struggles with depression, anxiety and substance abuse, and the unguarded humanity and vulnerability in Merkules’s crowded discography have played as a big a part in his slow rise as his nimble wordplay and dogged work ethic.

He also sticks around after a gig to talk to his fans. Or more pointedly, listen to their sob stories.

As his manager, Eli Wener, puts it: “I’ve seen grown men cry to Cole’s parents about how the music of Merkules saved their lives.”

“It’s important for me to give as much of myself as I can in my music,” says Stevenson, 28. “It’s also therapeutic for me to say certain things out loud and talk about what I’m going through and get it off my chest through the power of music and therefore feel better afterwards. And the fact that I can give it to the world and have it help other people is the coolest thing in the world to me.”

His eighth album, Apply Pressure, released via his own Merkules Music label and distributed by BMG, has already logged more than 15 million streams and video views since its debut on Nov. 13 – not Drake numbers, no, but not bad for a chap with absolutely no mainstream press or radio exposure. Beyond that, Merkules boasts an impressive career tally of more than half a billion YouTube views, so he’s arguably Canada’s best-kept hip-hop secret. But how secret can he really be if Dr. Phil has his number?

Yes, Apply Pressure got a push from a highly unlikely pulpit on Nov. 30, when Merkules turned up on American talk-TV titan Dr. Phil McGraw’s self-help show to offer, as Stevenson puts it, “words of encouragement and some knowledge” to a fan and fellow MC from British Columbia grappling with a drinking problem and identity issues.

“As funny as it is to say I was on Dr. Phil, it was actually a really, really cool situation,” says Stevenson. “It really wasn’t scripted like I thought it would be. They actually were very genuine about it all, and the genuineness was a big reason why I’m not only honoured to do it but I was just stoked to see there’s no fake [stuff] going on.”

“I’m curious to see what my inbox looks like the week after it airs.”

If he’s slightly uncomfortable about being a role model, Merkules nevertheless does have a rather inspirational back story, albeit one marked by life-altering trauma.

Walking home in the snow from a New Year’s Eve party in Surrey’s Green Timbers neighbourhood at 16, mere hours after he’d cut his first track in a studio, he and a friend were viciously assaulted by two carloads of assailants wielding baseball bats and machetes. He was slashed in the face and still has the scars and lingering PTSD to prove it, but he also viewed the incident as “a big wake-up call to stop being a kid who’s just out partying and stealing cars and hanging with the wrong crowd” and get serious about his dreams of being a rapper. He actually thanks his attackers at the end of his 2015 single, Scars, for setting him on the right path.

“It does come with its downfalls, too,” he concedes. “The negative thing for me is because I talk so much about what I’m going through, whether that be my mental health or anxiety or depression or alcoholism, people think I have it all figured out. Just because I’m telling you these things doesn’t mean I had some magical cure for it and now I’m better, y’know? But I think the conversation is the most important part. If you feel like you can’t talk about that stuff because you’re a weirdo or you think you’re gonna get judged for it, that’s the biggest problem, right there. All these things should be talked about. We’re all humans at the end of the day. Nobody’s ‘normal.’”

So while Merkules can occasionally can cut a large and intimidating figure in person, his rather big heart is hard to disguise. Case in point: On Demons, one of Apply Pressure’s more direct assessments of his own depression (“You see me smiling on the surface / Tryin’ to stay strong / Acting like I’m happy / Starts to feel like it’s my day job”), Stevenson refuses to wallow, instead turning the track into a strength-giving shout-out to “every kid” going through the same things: “If no one’s ever there / To help pick you up when you fall / I promise you’re not alone,” he raps. “You’re not the only one that no one seems to get.”

That rather big heart is on further display, too, when Stevenson patches his mom, dad and 89-year-old grandfather into the Zoom call for this interview.

Mother Brenda Stevenson and father Mark Stevenson – a seamstress and a janitor, respectively – have been a hugely supportive part of his career since he started touring in his mom’s Honda Civic at 16, and he’s kept them close ever since. They’re now part of Merkules’s day-to-day business practices; his mom is his accountant, for instance.

“It’s hard for us to hear, but we’re not surprised by it, right? We’ve been there all along,” says Brenda of her son’s penchant for warts-and-all confessionalism. “He’s never tried to hide it or try to be that tough guy, that tough rapper. He’s been honest and open about his own personal journey. We’re just so happy that he found something that he enjoys and that he loves and he puts all his energy into it. Because he built that whole thing himself, you know. There was nobody else. He put this all together years ago.”

“Most of the musicians you hear him on record with, he got himself,” says father Mark, proudly. “It wasn’t a record company that got together with them. Cole got to them himself.”

Apply Pressure does indeed find Merkules trading verses with such heavyweight MCs as the Game, Kevin Gates, E-40 and Jelly Roll, and one gets the sense that the tireless Stevenson – who’s put out roughly one record a year and countless online one-offs since he self-released his debut, Canadian Bacon, as a teenager in 2012 – is just one breakthrough hit away from stepping up to their level.

Not that he’s worried about that. He’s doing just fine as it is.

“Now that I have the industry’s attention and they’re trying to give me their attention, I can act like I don’t even know what’s happening. I can ignore it if I want to. You kind of feel like a badass when you’re in a position where the industry starts to care and you don’t care if they care.” 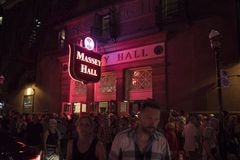 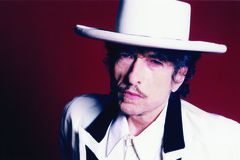 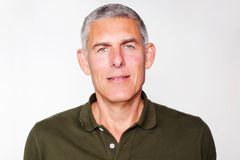