The things many of us don’t know about the Indian Act of 1876 could fill a book. In fact, they have. Written by first-time author Bob Joseph, a member of the Gwawaenuk Tribe and the B.C.-based founder of Indigenous Corporate Training Inc., 21 Things You May Not Know About the Indian Act is not only a thing, but it’s been a surprise dweller on The Globe and Mail bestseller list off and on since its publication early last year. As recently as this July, the slim paperback has shared the Canadian non-fiction chart with more likely bestsellers such as We the Champs (about the Toronto Raptors), The Never-Ending Present (about the Tragically Hip), the RBC Taylor Prize-winning Lands of Lost Borders and singer Jann Arden’s poignant Feeding My Mother.

The trip to publishing success began when Joseph, a former associate professor at Victoria’s Royal Roads University who now provides corporate training on establishing better relationships with Indigenous people, published an online article on the Indian Act on June 2, 2015. The blog piece attracted 55,000 Facebook hits and more than 266,000 website visits according to Joseph, and inspired him to write the book. “It hit a nerve,” says Joseph. “We realized people were curious about the subject.”

The online attention drew the interest of Vancouver’s Page Two Books, but it was more the uniqueness of the author himself that ultimately led the publishing agency to put the book out. “Bob’s whole business is built on bridge-building and effective communication between Indigenous and non-Indigenous communities,” says Jesse Finkelstein, co-founder of Page Two. “He’s just the master of that, which makes him, we thought, well-positioned to write a book that would have popular appeal but do so in an elevated way.”

The idea for the initial blog (and, later, the book) was hatched when Joseph would conduct corporate training workshops. As an exercise, he would ask people to write down significant historical events specific to Indigenous people. What he found was that while people were aware of early events (such as the War of 1812 or Columbus’s discovery of America) and recent events (such as the 2010 Vancouver Winter Olympics or the Oka Crisis of 1990), there was a gap of knowledge when it came to events in-between. “They didn’t know what they didn’t know," says Joseph.

And now readers know as many as 21 things about the Indian Act that they may not have been aware of before. Sure, one might have figured the Indian Act was responsible for creating reserves and introducing residential schools. But who knew that in 1930 it became an offence for pool room owners to allow First Nations people entrance? The Indian Act provision claimed that “inordinate frequenting” of a pool room resulted in misspent time and the means to the detriment of an Indigenous man and his household.

Was there really validity to the dangers of pocket billiards? “I’m not sure,” says Joseph. “I think we were just better snooker players.”

Make that 22 things we didn’t know. 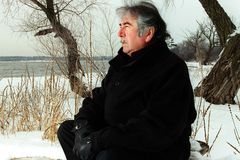 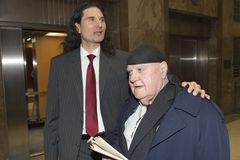