For his new album Western Stars, due out on June 14, Bruce Springsteen didn’t bother waiting for the critics’ reviews. He just blurbed the damn thing himself: “This record is a return to my solo recordings featuring character-driven songs and sweeping, cinematic orchestral arrangements,” wrote Springsteen. “It’s a jewel box of a record.”

Which is a fair enough assessment.

The press statement accompanying his first solo album in five years also tells us that Springsteen was inspired by Southern California pop records of the late 1960s and 70s. Before your head fills with Laurel Canyon dope smoke and images of Beach Boys and little deuce coupes, what Springsteen is talking about is something like the Harry Nilsson hit Everybody’s Talkin’. Or the songs of Jimmy Webb: Galveston, By the Time I Get to Phoenix, Wichita Lineman and that tumbleweed-across-the-blacktop kind.

You hear it on Hello Sunshine, the album’s drawling first single:

You know I always liked that empty road

No place to be and miles to go

But miles to go is miles away

This is freedom, but freedom veiled with loss and regret, evoking Thomas Wolfe’s paradox that Americans are “fixed and certain only when we are in motion.” And this is restlessness from Springsteen, who had been holed up in the cramped Walter Kerr Theatre for 236 performances of his one-man Springsteen on Broadway run. If Western Stars needs a subtitle, The Wild, the Innocent and the Open-Road Delusion will do.

The four best Canadian albums in the world right now

At the Tribeca Film Festival in 2017, Tom Hanks interviewed Springsteen on stage. The actor told the crowd, “If you ever want to have a great moment in a motion picture, walk out a door and make sure they just put up a Bruce Springsteen song on the track.”

That’s an even better review of Western Stars than Springsteen’s own. Every song is built to play over invisible opening credits. With strings, pedal-steel guitars and lonesome Ford El Camino moments, the mostly acoustic album is a soundtrack in waiting, more lush than 1982’s Nebraska, but more introverted.

Opening cut Hitch Hikin’ is all rolling-stone romanticism. A trucker gears his engine down and opens his door. There’s a dashboard picture of a pretty girl. The young songwriting protagonist is “ridin’ high on top of the world.” The next track is Wayfarer. More g-dropping Americana and white-line optimism, but with self-awareness: “Same old cliché, a wanderer on his way, slippin’ from town to town.”

Slipping from town to town? Isn’t that the Andy Travis theme from WKRP in Cincinnati? Springsteen isn’t the same fevered wordsmith who greeted us from Asbury Park in 1973 with “Madman drummers bummers and Indians in the summer with a teenage diplomat.” As rock critic Lester Bangs exclaimed at the time, “Hot damn, what a passel o’ verbiage!”

Bangs said back then that Springsteen wasn’t the new John Prine, and he still isn’t. The lyrics of Western Stars are plain-spoken. “Spend my days just runnin’ this crane” shares a simple couplet with “My baby’s coming in on the Tucson train.”

Passels o’ verbiage aren’t what they used to be.

Springsteen’s cinematic fascination extends to the characters of Western Stars. The title track features a past-it actor who uses Viagra and John Wayne stories to revive past glories. Drive Fast (The Stuntman) is about a broken-down ex-Hollywooder trying to keep it together.

By Sundown, Springsteen, by his own calculation, is 2,500 miles from where he wants to be. He’s also 69 years old and decades past the open-road optimism of Thunder Road and Born to Run. I think we know how this movie’s going to end. Western Stars, an album written by a songwriter aging gracefully, begins young and ends in broken heroes – their last-chance power drives a lot more unpromising than they once were. 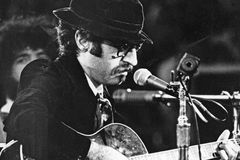 Martha Wainwright’s hopes are sky-high for her new Ursa venue in Montreal
May 22, 2019 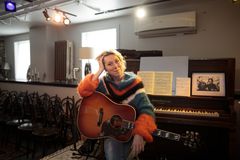