Last week, Rollie Pemberton went public over his grievances with his former record label. In a blog post, the Canadian rapper who works professionally as Cadence Weapon detailed a saga involving an all-inclusive management and record deal he signed in 2005 as a teenager.

Repaying the money the label advanced him for his albums left him broke, he claimed. “I travelled the world and played hundreds of shows but I was penniless the entire time, always hungry, living off whatever per diem or rider the venue would give me.” Even the honorarium he earned from being named Edmonton’s Poet Laureate in 2009 went toward the debt, he says.

The label, which went unnamed in Pemberton’s blog post, is Toronto-based Upper Class Recording. The small indie, which is no longer actively signing artists, responded to Pemberton’s charges. “Despite significant efforts and international interest, Upper Class Recordings never saw a profit from the work of Cadence Weapon,” the label’s Travis Lefebvre told The Globe and Mail in an e-mail. “The plain facts are that most musicians in our country sadly do not make money. This is also true for most independent music labels, and was the case with Upper Class.”

Speaking to The Globe, Pemberton said he kept his issues with his former label mostly to himself over the years because he felt “embarrassed” for agreeing to such “stupid” terms. Though that’s understandable, the type of deal he signed is likely not uncommon in a highly risky business in which standard contracts tend to favour the label, not the artist.

Most musicians don’t have the financial wherewithal to finance their careers. A record label can do that for them by advancing the money needed to make an album. The artist is then expected to repay the advance by turning over their share of the record royalties until the label recoups its advance and other upfront costs. Record sales being abysmal today, often the debt is never fully paid.

So labels have turned to other forms of revenue streams. By signing artists to so-called 360 deals, labels commit to also supporting them in touring, merchandising, song publishing and other areas. In return, the label gets a slice of the artist’s full-pie of earnings, not just record sales.

Pemberton signed such a deal with Upper Class. In the beginning, he was happy with the label that looked after his recordings, management and publishing. “They believed in me and they tried their hardest to make things work,” he says.

Under Upper Class, Pemberton’s career did take off. He played the mammoth Glastonbury Festival, got signed to a U.S. licensing deal and had two of his albums make it onto the Polaris Music Prize short list. At some point, however, his calls and e-mails to Upper Class were no longer being returned.

A cerebral artist and socially conscious lyricist, Pemberton acknowledges that his albums didn’t sell a ton, but says that he sent Upper Class $255,000 over the years from other revenue, including touring. He says he realizes running a record label is expensive, and that all he wanted was proper documentation of what he owed. “All I asked for is real accounting about it, and to this day I never received it.”

In its e-mail to The Globe, Upper Class said its books on Cadence Weapon were open: “We believe in a culture of trust and transparency and this is what was provided to any of our artists who wanted to understand the business side of our label.”

To understand the business side of the record industry is to understand that the labels say that most artists don’t make them money, and that 360 deals such as the one Pemberton signed are the only way they can survive.

“The ratio of success of the label’s recouping their advances is astronomically against them,” says music lawyer Paul Sanderson, author of Musicians and the Law in Canada. “Their rationale is that they invest in your career early, therefore they want the benefit in some percentage of wherever your success comes from.”

Record agreements, whether all-inclusive 360 deals or not, have come under scrutiny lately. Heavyweights such as Kanye West and Taylor Swift have publicly feuded with their labels over what they see as contracts lopsided against artists. Rolling Stone magazine recently published a story asking whether there is even such a thing as a “fair” record deal at all.

According to Sanderson, a lawyer can determine whether a contract falls within industry customs. “But that doesn’t necessarily make it fair,” he says. “You can make a better deal for the artist with skillful negotiation and bargaining power.”

Pemberton had neither of those things when he signed with Upper Class.

The 35-year-old artist is now with a new label, eOne, and his new album Parallel World has been nominated for the Polaris Prize. In his song Connect, Pemberton notes the commodification of the record business: “Heard a song the other day / know the numbers not the name.”

He’s rapping about streaming statistics that pit artist against artist – an online running tally. Pemberton knows the score, and that the odds are against a musician succeeding. And, yet, he’s optimistic.

“I feel like I’m communicating my ideas clearer than ever, and I have plenty of ideas,” he says. “All I need is help getting them out.”

Opinion
We need a modern day Massey Commission to boost the arts
June 28, 2021 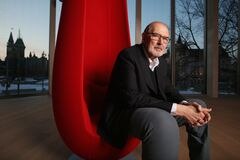 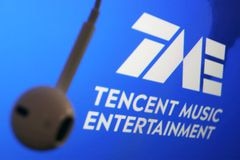 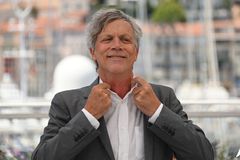