While a feast of rock idols the likes of Aerosmith, Lynyrd Skynyrd and Nickelback dish out epic anthems at the Roxodus music festival this summer, groups of VIP concertgoers will be chowing down on a more lavish experience an earshot away.

A series of mouth-watering, four-course meals cooked up by celebrity chefs Massimo Capra and Lynn Crawford are being served in a seated, shaded area for the ticket upgrade of $225 a person. Each meal comes with wine pairings and craft beer, as well as the bragging rights of a unique experience.

If that’s not enough, there’s another upgrade called the “Ultimate VIP” package, which Roxodus co-founder Mike Dunphy calls “the creme de la creme” of the festival weekend. He said the elevated, 15,000-square foot tent will be air conditioned with an open bar, a cigar lounge and valet service, and decorated with skull-themed furniture designed for the event. Those tickets go on sale in a few weeks, while a regular “VIP admission” is already available with a tented lounge and “luxury” washrooms.

Extravagant perks such these might have been reserved for the most elite only a few years ago, but as Canadian music festivals seek ways to attract larger crowds, the platter of privileges is growing, for those who can afford it.

At Roxodus, which kicks off its inaugural four-day fest on July 11 in Clearview, Ont., outside Barrie, the VIP experience could be especially popular considering the performer lineup appeals directly to the boomer generation and their healthy disposable income.

“[Our] age demographic is not just going to stand in a field, bouncing around, drinking water and doing whatever else is going on at an EDM [festival], if you know what I’m saying,” Dunphy said.

It’s a message echoed by many summer music festivals across the country as they cater to festivalgoers who once came for the music, but now want an experience more akin to a vacation getaway.

Gabriel Mattacchione, who oversees the Ever After electronic music festival in Kitchener, Ont., says the VIP experience never used to carry so many expectations.

“As long as you had a deck, shade area and private washrooms, it was a pretty good VIP section,” he said.

He pointed to a flood of social-media activity coming out of major music festivals as one reason why the game has changed. With events such as Coachella and Lollapalooza raising the bar, homegrown festivals feel the pressure to deliver more spectacular experiences while budgeting for smaller Canadian crowds.

At Ever After, which is held at a waterpark, some of the most attractive features of the grounds are available to everyone, including a wave pool and midway games.

“I call our venue a ‘unicorn venue’ because of all the on-site amenities it comes with,” Mattacchione said.

“It’s less about the headliners and the acts that are going to be there because those are interchangeable. We really try and build a culture to the brand, and what that means is buying in to how good a time you’re going to have, regardless of who’s on the stage.”

But the VIP section is still where it’s at when it comes to upselling on tickets, he added.

Ever After’s “The Royal Grounds” pass is beefed up with VIP bonuses including a festival preparty and massages near the main stage.

There’s also a glitter bar, this year’s trendiest festival perk, where VIPs can cover their bodies in sparkle paint before taking photos.

Mattacchione said Instagram, in particular, influenced some of the decisions.

“It does give a certain look to someone’s lifestyle: I’m at a music festival getting a massage. It’s pretty high-roller status,” he added.

Nick Farkas, vice president of concerts and events at promoter Evenko, plays an instrumental role in staying ahead of VIP expectations at Montreal’s Osheaga. When the event started in 2006, the VIP experience “wasn’t really a thing,” he said, but heading into its 14th year, organizers say that “just having great music is not always enough.”

“We started figuring out ways to encourage people who are huge music fans to still come and experience it.”

Osheaga can’t promise its shows will be flooded with Hollywood celebrities, a bragging right that’s become a selling point on social media for some U.S. festivals, particularly California’s famed Coachella.

So instead, Osheaga emphasizes a “platinum” package stacked with “little things that go a long way,” he said A three-day “platinum” pass, which costs $1,250 each, comes with a backstage tour, an exclusive lounge, shuttle service between the concert stages, and a front-pit viewing area. This year, organizers plan to test an on-site VIP concierge service that suggests local restaurants and tourism experiences outside the event grounds.

There’s also a daily brunch with mimosas, a massage area and a staff of makeup artists.

“If you get a chance to sit in a chair and get somebody to redo your makeup, it’s a big seller,” he said.

“[It’s about] being pampered and having an experience that’s memorable.”

The Escapade Music Festival in Ottawa is taking a different approach by making VIP ticketholders feel like they’re in the centre of the action.

Ali Shafaee, director of partnerships at organizer DNA Live, said often VIP sections are somewhat distant from the stage – either above the action on a platform or pushed off to the side.

So this year, Escapade is bringing the spectacle to the VIP section with confetti canons and carbon-dioxide blasters that look great in photos.

“Any time a DJ plays a song, and the [beat] drops and the CO2 goes off, it [also] goes off in the VIP,” Shefaee said.

“For that VIP clientele it’s like they’re front row at the festival.” 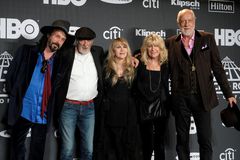 Wild Thing songwriter Chip Taylor on staying ‘in the mix’ after all these years
Subscriber content
April 16, 2019 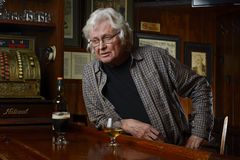 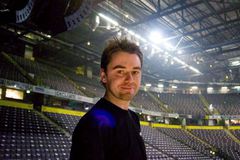