If a Juno falls in an empty venue, does anybody care?

On a Monday evening, the Canadian Academy of Recording Arts and Sciences (CARAS) presented its annual Juno Awards show. The gala had been postponed since March because of health concerns caused by the outbreak of COVID-19. The Saskatoon-planned event was called off just hours before a week of festivities was set to officially begin.

Carried on numerous CBC digital platforms but not on broadcast television, Monday’s program was stripped-down and subdued. Rather than a typically glitzy proceeding featuring a dozen or so performances and six high-profile awards handed out, winners were announced in all 42 categories, in move-it-along fashion. Victors were encouraged to give acceptance speeches on their own social-media platforms and websites, but not on the streamed event itself.

To no one’s surprise, the big winner was Alessia Cara, the multi-Platinum-selling artist who was awarded statuettes for pop album and top album overall (for The Pains of Growing) and as the year’s No. 1 songwriter.

Without the cheer of the crowd and missing the acceptance speeches, though, the naming of the winners lacked punch and personality. Moreover, the whole thing seemed unmoored: in an industry where musicians make most of their money from live performances, there was little mention of the dire reality facing the winning artists.

Music venues are closed because of the pandemic, and nobody knows when they’ll be able to open up again. Perhaps the members of the Regina-based Dead South can pawn the statuettes they earned for their traditional roots album Sugar & Joy. They certainly won’t be touring any time soon.

The recently-formed Canadian Independent Venue Coalition has claimed that 90 per cent of independent venues will disappear in months in the absence of “decisive government support.” I’m not sure where that number comes from, but I do know that Saskatoon’s Broadway Theatre, where the Dead South taped a performance for the online Juno show, laid off its staff in March. The venue expects to be closed for a year; its reopening is not a lock.

In his show-opening address, CARAS president Allan Reid mentioned that “many people have lost their livelihood” because of the pandemic. But co-host Damhnait Doyle closed the show by saying “Nothing can keep the Canadian music scene down,” which was too cheery by half.

Without acceptance speeches, an important element was lost. In 1998, the Vancouver hip-hop trio Rascalz refused the Juno for best rap recording, sending its manager out to read a statement about the perceived discrimination against music predominantly performed by Black artists.

Co-host Odario Williams, of the hip-hop collective Grand Analog and a CBC Radio personality, did mention a number of Indigenous and Black pioneers in the history of Juno (including the snub by Rascalz), but he was in no position to offer any edge or provocation on the subject.

In its taped performance, Halifax alt-pop duo Neon Dreams presented its hit single We Were Kings, with its commentative line, “Remember when they beat me down again, just for the colour of my skin.” If vocalist Frank Kadillac was able to accept the award for Breakthrough Group of the Year, perhaps he would have commented on the Black Lives Matters movement. But, as it was, he wasn’t given a chance.

Same with Indigenous singer Iskwe, who delivered a potent performance of Little Star. It was a moving commemoration of Colten Boushie, Tina Fontaine and the lives of missing and murdered Indigenous women and girls.

Certainly, the show was handicapped by its “virtual” nature. But that same circumstance didn’t stop Sunday night’s politically popping BET Awards (broadcast on CBS) from packing a wallop. Against an “Our Culture Can’t Be Cancelled” theme and a series of strong monologues, tributes and performances, the awards given out were “oh, by the way” in comparison.

By not giving Canadian artists a greater voice on Monday, Juno organizers missed out on an opportunity. Where the BET broadcast gave its viewers a night to remember, the online Junos were small, safe and skippable.

Plans call for the Juno Awards to celebrate its 50th anniversary next year at Toronto’s Scotiabank Arena. One wonders if it will still be billed as Canada’s biggest night in music, even though it will almost assuredly follow music’s worst ever year. 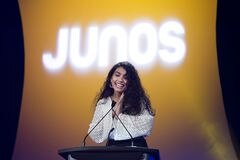 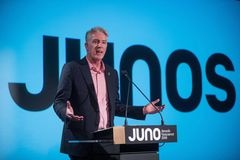