Brad Wheeler
Published May 25, 2020 Updated May 25, 2020
For Subscribers
Comments
Please log in to listen to this story. Also available in French and Mandarin. Log In Create Free Account

It appears the sneaky singer named Swift has pulled a fast one.

Social media was a swirl and rumours were rampant on Sunday night after Taylor Swift tweeted about a mysterious cover of her song Look What You Made Me Do. The track, off her 2017 album Reputation, was featured on the latest episode of the blackly comedic BBC spy thriller Killing Eve.

Swift wrote to her more than 86 million followers that she was “very stoked” about the version of the song credited to Jack Leopards and The Dolphin Club. The thing is, the band is unknown, even if Spotify identifies it as a “verified artist.”

The prevailing wisdom about the new version of Look What You Made Me Do is that it is sung by Swift’s brother Austin. Credited as producer is Nils Sjoberg, which is a pseudonym used previously by Swift. Regardless of who exactly was involved in the recording, the song’s release can be viewed as the latest volley in the singer’s multimillion-dollar legal battle with Scooter Braun, the mogul (most known as Justin Bieber’s manager) who last summer purchased Big Machine Records and, with it, the rights to Swift’s first six studio albums.

Swift wasn’t happy with the transaction. In a bitter Tumblr post last June, she said she was “sad and grossed out" by it, while accusing Braun of bullying in the past.

Under the conditions of such a deal, if a recording from Swift’s back catalogue was to be used in, say, a television program, royalties would go to Braun and Big Machine. The speculation is that the new Killing Eve cover of Look What You Made Me Do was recorded as a work-around that prevented Braun and Big Machine from profiting off the song’s use on the show.

As for the choice of Look What You Made Me Do, the reason likely lies in lyrics that could be applied to Braun’s acquisition of Swift’s music. “I don’t like your perfect crime,” the song goes. “I don’t like your kingdom keys, they once belonged to me.”

Such a public message on Swift’s part would be in keeping with a Queen of Pop who airs her grievances as freely as the rest of us hang bed sheets in the breeze. Swift sings Shake it Off, but does none of that, more often than not choosing to portray herself as the victim in a history of celebrity feuds.

In short, Swift is a superstar who cultivates a martyr’s image.

Many of Swift’s various tiffs are titillating and probably insincere, done for kicks and publicity as much as anything. Her beef with Braun, though, is entirely serious. A month ago, against Swift’s wishes, Braun and Big Machine released Live from Clear Channel Stripped 2008, a recording made early in her career.

“This release is not approved by me," Swift said about the album in an Instagram post. "Just another case of shameless greed in the time of coronavirus. So tasteless, but very transparent.”

The daughter of a stockbroker father and a mutual-fund marketing mother has, according to Forbes, an estimated net worth of $360-million. Despite her privilege and pop royalty status, she earns the allegiance of her fan base – the die-hard legion known as Swifties – with not only music but also conspicuous philanthropy and a persona partly built on being hard done by.

For example: Being bullied onstage by Kanye West at MTV’s Video Music Awards in 2009, when the rapper interrupted Swift’s acceptance speech, was a public relations boon for the singer. West was cast as the villain, with Swift as the sad kitten whose saucer had been overturned.

It’s the same thing now with Braun, whose acquisition of Swift’s music was no more underhanded than when Michael Jackson acquired the publishing rights to the Beatles’ catalogue. It’s just business. And Swift, with a populist’s flair for rallying support and ninja-like reflexes when it comes to counterattacks, plays the game better than most. 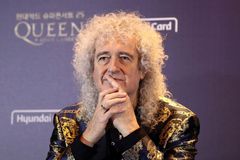 Opinion
We all lose a lot when an orchestra falls silent
May 21, 2020 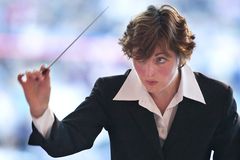 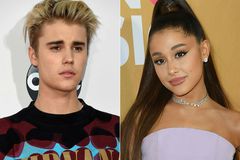