In 1997, Bryan Adams was in the running for the Juno Album of the Year. His record was 18 Til I Die. This year, Adams is again up for Album of the Year, for Shine a Light, a record also contending in the “adult contemporary” category. From first-pumping, arrested-teenage wasteland defiance in 1997, to relaxed-fit, soup-sipping soft rock in 2020.

This year’s Juno nominations were announced on Tuesday. In the six major categories (top single, album, artist, group, international album and Juno Fan Choice), not a single rock act is among the nominees. It’s a continuing trend, of course, the diminishing of classic rock. In the past decade, no rock artist or group not named Arcade Fire has won the top-album trophy.

At the 2020 Grammys this past weekend, rock was an afterthought when it came to live performances and acceptance speeches. Among this year’s Grammy rock nominees were Bring Me the Horizon, the Cranberries and the optimistically titled Michigan band I Prevail – no chart-toppers there.

The Juno hardware will be handed out at the SaskTel Centre on March 15 in Saskatoon, where the disregard for rock should not be seen as a snub, but as an accurate reflection of the times. In 1997, everywhere Adams would go – around the world or around the block – he told us, “Kids wanna rock.” Now? They wanna rap, they wanna remix, they wanna rhythm and blue. Which is why Grammy-winning soul-pop star Alessia Cara is not only the top Juno Awards nominee (with six nods), but also its host.

"My first reaction was, ‘Why?' " the 23-year-old Cara cracked at a media event held on Tuesday morning at CBC’s Toronto headquarters. “And then my second was, ‘No way.’ ”

Adams, also in the running as the year’s top artist, represents a generational divide among this year’s mainstream nominees. Looking over the contenders, with the exception of the Summer of ’69 singer, it is hard to find anyone under 35. Suddenly, Avril Lavigne, one of this year’s hopefuls in the fan choice category, is the grande old dame of punk pop.

Though it was previously revealed that Jann Arden will be the the newest member of the Canadian Music Hall of Fame, news of that honour was mentioned at Tuesday’s press conference. At the same time, mention of the beloved Albertan was getting a round of applause, promoter Live Nation was sending out e-mail invitations for an upcoming Arden tour announcement. Surely, it’s coincidence that the tour and hall induction would line up so well. (Corey Hart benefited from the same fortuitous symmetry a year ago.)

Adams was inducted into the Hall in 2006, but anyone who has seen him on stage recently knows the 60-year-old can still wake up the neighbours. As can this year’s potent rock nominees: Big Wreck, Headstones, Sum 41, the Dirty Nil and the Glorious Sons. People will say – and maybe Juno is saying it, too – that rock is dead. Let them talk. Thanks to the technical advances in ear plugs, one needn’t hear the naysayers at all. 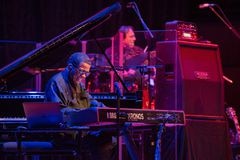 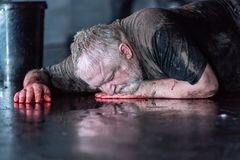 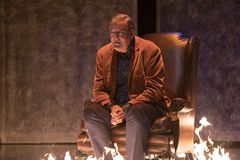