In the 1976 live album and concert film The Song Remains the Same, Led Zeppelin singer Robert Plant sings a line from Stairway to Heaven, “and the forests will echo with laughter.” After a pause, he asks rhetorically, “Does anybody remember laughter?”

It’s a good question. Here’s a better one: Does anybody remember live albums?

There was a time when concert LPs were a big deal. Frampton Comes Alive! and Cheap Trick at Budokan, for example, were massive sellers in the 1970s and defining albums of those acts’ careers. Nirvana’s MTV Unplugged in New York is a stone-cold classic. James Brown’s Live at the Apollo is legendary.

With YouTube, though, live performances available to fans are ubiquitous. Live albums are now mostly released as catalogue filler or contractual obligations. Any prestige that concert recordings once had is gone. And, given current live-music restrictions caused by COVID-19, concert albums are not only relics but probably represent an act of insurrection.

All of which makes Vancouver hard-rock duo Japandroids seem out of step with a new live album recorded at the storied Toronto venue Massey Hall in 2017. “We’re an old-fashioned band in a lot of ways,” says drummer David Prowse, who shares singing duties with guitarist Brian King. “We approach things differently from a lot of our contemporaries.”

Prowse lists Nirvana’s Unplugged recording and Neil Young’s Live at Massey Hall among his favourite live albums, but reserves special praise for Otis Redding’s Live in Europe. “It’s an artist at the height of his powers, in the best circumstances possible,” says Prowse, born 16 years after the album was recorded. “It’s an amazing moment of communion with an audience.”

Communion with an audience – does anybody, in these coronavirus times, remember that?

In celebration of live music and live albums, Prowse picked four classic concert LPs he’d never listened to before and gave them a spin. What follows are his first impressions of those albums.

Bill Withers’ Live at Carnegie Hall, from 1973, recorded on a rainy night at the iconic venue in 1972, a year after his breakthrough hit Ain’t No Sunshine: “The only parallel I can think of between Japandroids and Bill Withers is us playing Massey Hall and him playing Carnegie Hall. They’re not venues you’d expect a lot of audience engagement to happen. So, it was really cool to hear this funky show. You can hear clapping, and I can imagine people jumping out of their seats and dancing. The juxtaposition is great – a sweaty-dancey show in a button-down venue.”

Joni Mitchell’s Miles of Aisles, from 1974, recorded at the peak of her fame at various California venues: “I could be wrong, but it seemed like Joni was giving the audience a little bit of what they wanted and a little bit of what she wanted. She’s interested in exploring this jazzier side of things. But then she goes back to the singer-songwriter stuff the crowd may have bought their tickets for.”

Boogie Down Productions’ Live Hardcore Worldwide, from 1991, by the hip-hop pioneers, recorded in Paris, London and New York: “I was familiar with them, but never took a super deep dive into their music. This album blew me away. The audience engagement was incredible. The beats in my car sounded like they were going to blow out my speakers. But there’s a great balance, with the booming bass and then KRS-One has such a great voice and he’s an amazing lyricist. I feel like, what have I been doing with my life? Why did it take me so long to hear this album? It just left me so energized.”

Bob Marley and the Wailers’ Live!, from 1975, recorded at London’s Lyceum Theatre: “I feel that this album is a reminder of what a great songwriter Bob Marley is. His messages about oppression are very relevant right now. White people are comfortable with Bob Marley as long as he’s the happy reggae guy who sings One Love. But there’s a huge underestimation of what a powerful voice he was.” 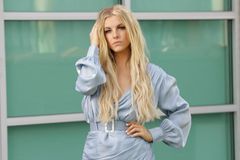 Singer-songwriter Kathleen Edwards is back to making music after a six-year coffee break
August 7, 2020 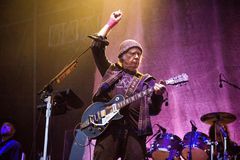