Dennis DeYoung describes it as an “experiment” that turned out “more cataclysmic than it needed to be.”

The former co-frontman of Styx, is on the phone talking about Mr. Roboto, a misunderstood song that caused deep turmoil within the band he co-formed a half-century ago and from which he was ousted in 2000. Mr. Roboto was a smash hit upon its release in 1983, and its legend and kitschy status has only grown since. Yet Styx hasn’t performed the full song on stage in decades.

Until now. For a current tour that brings the DeYoung-less Styx to Place Bell in Laval, Que. (on July 3) and to Toronto’s Budweiser Stage a night later, the group has resurrected the contentious Mr. Roboto, a sci-fi allegory about a man-machine with a secret. DeYoung, who wrote the song, watches from the sidelines as his pop-culture robot goes from a maligned figure to one being cheered. For Mr. Roboto, redemption is now at hand. The song is serving and perhaps even saving Styx, just as it was always built to do.

Mr. Roboto was unveiled in a recessionary era as the first single and centrepiece to the Styx rock opera Kilroy Was Here. Set in the future, the album about the banning of rock music was DeYoung’s reaction to censorship, creeping technology and a perceived Japanese world-trade dominance. (The song’s “domo arigato” is Japanese for “thank you.”)

With its techno-synthetic style, Mr. Roboto was part of DeYoung’s progressive vision for the band. It was a departure from the classic Renegade guitar-rock sound for which the Chicago-bred Styx was known, and, though the song was a hit, some fans (and some band members) rebelled against it. The elaborate live show in support of Kilroy Was Here involved a short film and required the Styx musicians to be in character on stage.

During the tour, co-frontman Tommy Shaw, battling dependency issues and disgruntled with DeYoung’s balladic and theatrical notions, quit the band. Years of hiatuses, reunions, revivals and loss of artistic relevancy ensued. In 2000, DeYoung, ill and temporarily unable to tour, was replaced by Canadian singer-keyboardist Lawrence Gowan (of Strange Animal, Moonlight Desires and A Criminal Mind renown).

Mr. Roboto has become the flashpoint when it comes to explaining the Styx-DeYoung divide. Originally presented on stage as a backing track to DeYoung’s live vocals, the song hasn’t been part of post-DeYoung Styx concerts other than as a medley snippet. Styx audiences, then, have never witnessed the full vocoder magic and sheer operatic might of a masterpiece that elegantly confronts man’s paradoxical vulnerability to technology: “Machines to save our lives; machines dehumanize.”

DeYoung, 71, sees the song as increasingly relevant. “It’s worrying. Does the benefit of technology outweigh the cost? It’s a foot race between man and machine, and I don’t have that much faith in man.”

Though DeYoung performs Mr. Roboto in his own shows, Styx steadfastly avoided the song. A rusting Mr. Roboto remained oddly decommissioned – a sad metallic hulk unfairly exiled at a time when its service was required more than ever.

Recently, that all changed. For its current tour, Styx wanted to shake up what had essentially been a greatest-hits package. In addition to introducing songs from the band’s 2017 studio album The Mission, the decision was made to give audiences something else unexpected: the long mothballed Mr. Roboto. According to Toronto’s Gowan, the band’s singer-keyboardist for some two decades, the reason Styx hadn’t played the song for so long had more to do with its history than the song itself.

"The guys would tell me about what an agonizing experience the Kilroy Was Here tour was,” Gowan explains. “But they were never disparaging about the music or about Mr. Roboto in particular. They felt their career went off the rails at that time, and it was the sourness of that experience that put all of the songs on that album on the back burner.”

When DeYoung first heard Styx was performing Mr. Roboto, he was glad. “They should have been playing it all along. But I’m a little shocked because it refutes every single thing they said repeatedly for 18 years, about how wrong and evil this song was.”

DeYoung holds no ill will against the band, however. In fact, he wishes for a reunion. “It’s absolutely, positively what the fans want, hands down.”

It is ironic that the song DeYoung hoped would carry the band into the future would finally seem to be doing that, albeit without him. The song and the machine have done their job, where humans had failed. And there can be nothing else to say, but “Domo arigato, Mr. Roboto.”

The top 10 most significant concerts in Massey Hall’s history, as reviewed by The Globe
June 27, 2018 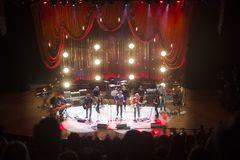 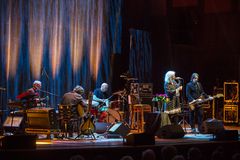 Judas or Jesus? Who is the real Jack White
Subscriber content
June 20, 2018 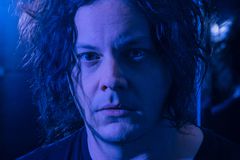 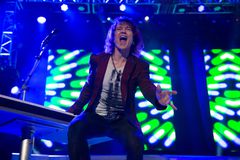