In hip hop, a good beef can be a godsend. Depending on the victor, a solid verse from a diss track can write an artist with an otherwise negligible career into the annals of rap history. A rivalry can push album sales, catapult an artist to stardom or even solidify a legacy. There are plenty of positives – unless you’re Drake, who has absolutely nothing to gain from renewing his beef with Kanye West.

Then on Monday, Kanye posted to Instagram a screenshot of a group text in which he had shared a picture of Joaquin Phoenix’s Joker. He followed with the messages, “I live for this,” and, “you will never recover,” a threat seemingly aimed at Drake. He then took it upon himself to publicly reveal Drake’s Toronto address.

Quarrelling with Kanye is like trying to fight a tornado engulfed in flames while simultaneously dodging lightning bolts: It’s extremely dangerous, exceedingly unpredictable and without benefit. Kanye is willing to do or say anything, to anyone, at any time. Drake’s dealing with a man who once said slavery was a choice, wore a MAGA hat and was living in Atlanta’s Mercedes-Benz Stadium, hosting “listening parties” for an album that isn’t even finished. And at the end of what are actually rather elaborate performances, he ascends from the stage into the sky like a prophet.

Let’s say the feud escalates, our favourite artists go bar for bar – backed by a throng of writers, ghostwriters and producers – and, miraculously, Drake emerges victorious. That scenario doesn’t actually do anything for Drake. Kanye isn’t going anywhere and after 10 years in the limelight, Drake is already gilded. At age 34, Aubrey Graham has more hits than the Beatles, four Grammy Awards, 2.5 classic projects (Take Care, Nothing Was the Same and So Far Gone), an influential style, multiple No. 1s, platinum plaques and will probably have a city named after him when he’s dead. He’s at the pinnacle, he doesn’t have to do anything else. If he died, he’s a legend.

Crushing West in a verse isn’t going to earn Drake any extra street cred, and it won’t move an extra 300,000 units when Certified Lover Boy drops on Sept. 3. Drake is a rapper, but he’s beyond the genre’s paradigms. He operates in popstar-like eras – morphing his image with each album – and chart numbers. What the block and the web think of him no longer bear relevance.

Back in 2009, Drake made himself effectively beef-proof with one line off Successful from So Far Gone, “Diss me, you’ll never hear a reply for it.” But then he broke that rule, twice.

The first time was in 2015, when he squared off against Philly rapper Meek Mill, completely eviscerating him through two songs: Charged Up and Back to Back. (The latter was a hit and nominated for a Grammy.) That time, Drake had to do it, his credibility was on the line. After the two artists collaborated on the single R.I.C.O. earlier in the year, Meek accused Drake of using a ghostwriter to pen his verses. Drake defended by showing he could make a diss song a hit song, no help required.

Next was a skirmish with Pusha T in 2018. That beef was raw and pungent. Pusha released his latest album, Daytona, and on it dissed Drake by pressing the same buttons Meek did. Drake responded in kind with the smoothest diss record of the decade, Duppy Freestyle, thinking he could get away with doing the same as he had in the past.

Pusha T exposed Drake in more ways than one with Story of Adidon. First, musically: Pusha T is a true lyricist and Drake simply isn’t. Then personally, revealing on record that Drake had a secret son named Adonis with former adult actress Sophie Brussaux. Drake offered no response; it was a slip of the mask.

But by 2018, Drake was Drake, with every accolade in the book. His momentum was unstoppable; Scorpion released that year and topped the charts. If Drake had responded viciously and somehow turned the tables, nobody would look at him differently than they do now. Ultimately the Pusha T beef had no effect on him or his trajectory. Adonis just makes more TV appearances.

In 2021, Drake is only further divorced from rap’s trappings and, frankly, Kanye is too. Sneaker deals, sponsored music videos, clothing lines, NBA affiliations, awards and the like are all a reality for both combatants. There’s no up from here, at least not that reputation can buy.

If this rivalry with West comes to serious blows and Drake loses it’ll make news for a moment, maybe two, but CLB will still be cataclysmic when it drops. If he wins, it’ll be a spectacle. But when (if?) Donda is released, it’ll also be a phenomenon and fans will keep lining up for Kanye’s clothes too.

Drake and Kanye’s legacies are beyond beef, even if they haven’t noticed yet. 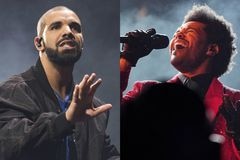 Opinion
Fans of Kanye West and Bob Dylan live to be fooled
July 28, 2021 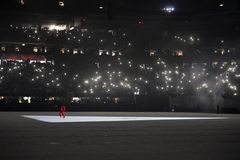 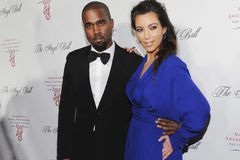