Recent surgery caused John Prine to postpone his appearance at this year’s Edmonton Folk Music Festival until next summer. And while it would be a lie to say that one of the most gifted songwriters of his generation will not be missed, there is no denying that Edmonton Folk has assembled one of its most impressive lineups of singer-songwriters in its 40-year history. Troubadours travelling to Gallagher Park for the four-day event (Aug. 8 to 11) include Bruce Cockburn, Jason Isbell, Mary Gauthier, Ani DiFranco, Brandi Carlile and Blue Rodeo’s Jim Cuddy and Greg Keelor. In recognition of what amounts to an all-star songsmith convention, The Globe and Mail asked some of the festival’s performers to talk about the songs they wish they had written.

The Nashville-based storyteller talks about The Rocket, a train song about a grieving father by Fred Eaglesmith, off his 2003 album Balin.

It’s no secret that one of my favourite songwriters of all time is the great Canadian songwriter Fred Eaglesmith. One of my favourites of his is The Rocket, a train song. Trains are one of the great metaphors songwriters use to shine the light on the far reaches of the human heart – to demonstrate the comings and goings of love. There are thousands of songs that use trains to tell stories of the human heart’s travels. The Rocket is one of the best. It captures an emotional universe, speaking for millions through the eyes of a single old man

Though More Love ended up on the Dixie Chicks’s Home record in 2002, I’ve always thought the message is delivered best when Tim O’Brien sings it on his album with Darrell Scott, 2000′s Real Time. It hits you right in the hope you forgot you needed; faith in people, forgiveness, paying attention and tending to our connections. It’s a reminder to be kind and how easy it is to forget to be. The song hit me when I first heard it, and its message is poignant now in our current, very distracted world.

A father of a newborn child, the Toronto-based balladeer appreciates the maternity-based metaphors found in a 2018 song by Grammy-winning Carlile, who performs at Edmonton Folk on Aug. 9.

There are so many great ideas in this song. In the first verse, “You always hear the melody but you never heard it rhyme.” It’s a nice description of the possibility of having a child. With your partner, you think, “What would a kid of ours look like?” It seems like a child looking like both of you would be such an impossibility. Then suddenly, there it is, so obvious and real. That description is such an interesting way to say that. Maybe the song is a little over-hopeful. But it’s emboldening – it’s a song to embolden oneself.

Raven Kanatakta (of Digging Roots): The Ballad of Crowfoot, by Willie Dunn

The husband half of the Ontario he-she duo Digging Roots goes back to famous composition released in 1968 by Willie Dunn, a Mi’kmaq/Scottish folk singer and activist.

My friend and musical mentor was Willie Dunn. My first professional gigs were with him and we would often play The Ballad of Crowfoot. It’s a stunning, powerful song about the Siksika First Nation chief reflecting the effects of oppression and resilience. It taps into the heart of a leader who, against all odds, stood up for his people and culture.

The song often on the American violinist/singer-songwriter’s mind is one recorded hundreds of times, most famously by Willie Nelson.

I feel like this song says everything intimate and true that you feel when you are in a relationship when it’s all going to hell. How many times a day do I wish I would have said or done something different, or tried a little harder, or just given a little more? The making up of the past never works, but the love … 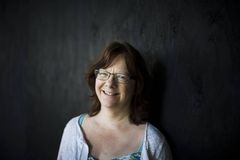 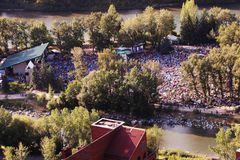 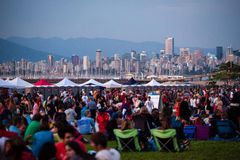