For a man who has scheduled his disappearance, Elton John seems to be popping up everywhere – literally and sometimes more than once. Since announcing in 2018 that he would be retiring from the road after his Farewell Yellow Brick Road tour, the piano-bench rocker has been the subject of both a blockbuster biographical musical (Rocketman) and a just-out memoir (Me). Toronto fans can buy the book at the Elton John pop-up shop on Toronto’s Queen Street West, where a horde of fans lined up for the outlet’s opening earlier this week. The singer himself was chauffeured in to sign copies of the $38 autobiography.

John also showed up at the Toronto Raptors home opener on Tuesday evening at Scotiabank Arena, where he performed his final Canadian concerts on the following two nights. Just a year ago, John performed twice at the same venue.

If sorry is indeed the hardest word, as the song goes, “goodbye” would seem to be a close second.

On stage on Wednesday, the box-shaped 72-year-old gave a generous performance, typical of him. He and his veteran band played nearly all the hits – Elton John hits, with lyrics by Bernie Taupin. He opened with Bennie and the Jets and closed, naturally, with Goodbye Yellow Brick Road. In between he thanked Aretha Franklin for covering Border Song, rhymed “ballerina” with “you must have seen her,” rocked out Levon extensively, failed to hit Rocket Man’s highest notes, turned Funeral for a Friend into something like Phantom of the Popera and burned down the house with Burn Down the Mission.

The crowd was a sellout, the arena unable to hold a single person more. Giant video screens offered closeups of John’s lavish garb (gaudy full-dress tails and later a bathrobe) and of his piano-playing hands. John wears only one ring, a simple gold band on the appropriate finger that marks his marriage to Canadian David Furnish.

The six-piece band included a drummer and two percussionists. One of them was the celebrated Ray Cooper, whose history with the tambourine is too extensive to chronicle. During Someone Saved My Life Tonight, the septuagenarian beat the kettle drums as if they’d insulted a close relative.

John was often chatty and occasionally emotional. Both his book and the Rocketman musical delve deep into his various past addictions and personal issues. Onstage, the rock star mentioned a 1990 epiphany that resulted in his still-standing sobriety. Later, with an elbow on his custom-built Yamaha concert grand, he expressed amazement over a “most incredible journey” that involved 50 years of touring and 50 shows in Ontario, including 25 in Toronto alone.

Recently, the Montreal pianist and singer-songwriter Patrick Watson spoke to The Globe and Mail about people no longer playing music and singing in their homes. “In the last 60 years, music has become a form of entertainment rather than an important part of people’s lives,” Watson said. “There used to be a musician per house. Families would sing together.”

Are kids still taking piano lessons? If they are, you wouldn’t know by looking at the pop charts. Before he was Elton John, a young Reg Dwight studied classical piano at the Royal Academy of Music in central London. “I really enjoyed playing Mozart and Bach and Beethoven and Chopin, the melodic stuff,” John wrote in Me. At home, when his RAF officer father was away, he would perform songs by Little Richard and Jerry Lee Lewis. “They were my real idols,” he wrote.

In 2019, who is doing anything with black-and-white keys? Yes, John Legend, Alicia Keys and some others, but hip-hop has no time for acoustic instruments. Nobody knows their boogie from their woogie anymore. Lewis, Little Richard and Liberace are gone or almost there. Elton John sings “love lies bleeding in my hand,” and the ranks of the pop-music piano people are dwindling. 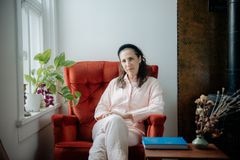 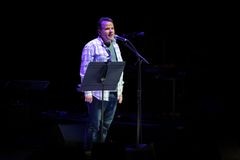 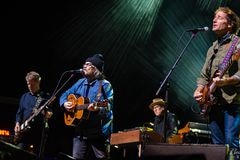