The music of O Canada is not original but rather a patchwork of four pre-existing pieces, an expat Canadian musicologist says in a recently published article.

Prof. Duffin, a former National Public Radio host who was born in London, Ont., says he wasn’t attempting to dig up anything per se. “I’m not trying to destroy Canadians’ appreciation of their national anthem,” he told The Globe and Mail. “It was a musicological mystery.”

While he contends Lavallée’s copy-and-paste composing was intentional, Prof. Duffin does not view the composer as a musical thief. “It was meant to be allusions to the music he was inspired by. I don’t think that process is something to be condemned. "

Lavallée wrote the music to what was originally known as Chant national in Quebec City in 1880. The assertion that he had appropriated the opening melodic gesture from Mozart’s famous opera The Magic Flute is not a new contention. In a piece published by The Globe in 1963, prominent Canadian musician-composer Ernest MacMillan dismissed the identical first three notes as an inconsequential connection – “obvious and negligible.”

But with his new piece of scholarship titled Calixa Lavallée and the Construction of a National Anthem, Prof. Duffin expands on the parallels between O Canada and Mozart’s March of the Priests (from The Magic Flute), and matches passages from three other compositions to Lavallée’s. The article appeared in June in The Musical Quarterly, the oldest academic journal on music in the United States, published by Oxford University Press.

Putting the anthem’s parallels with other compositions all together, “it’s a very plausible argument that O Canada is really a pastiche,” Prof. Reynolds said.

It was Prof. Duffin’s matching of a passage from the anthem to one from an obscure piece by a lesser known composer that sparked the most curiosity among the musicologists who spoke to The Globe.

“The most striking part of the article for me was the link to Matthias Keller’s American Hymn,” said Robin Elliott, professor of musicology at the University of Toronto. “It was new to me. I have no idea where he dug that up.”

What started Prof. Duffin down the rabbit hole of research on O Canada was his discovery in 2005 that his late grandfather had submitted a composition for the former national anthem of Nigeria (Nigeria, We Hail Thee), as part of a 1959 competition to set to music the lyrics written by Lillian Jean Williams. It got him thinking about national anthems in general, which are typically hymns and marches that evoke grandeur, pomp and importance.

In the years that followed, Prof. Duffin, in his words, “stumbled across” pieces of music that appeared to share similarities with O Canada.

While many musicologists and biographers have pointed out that Mozart’s March of the Priests and Canada’s national anthem share the first three notes, Prof. Duffin takes the likeness further by contending that Lavallée used Mozart’s work for the entire eight-bar first phrase.

In 2006, Prof. Duffin attended a presentation of a paper on Wach auf, from Wagner’s 1868 opera Die Meistersinger. He noticed that part of Wach auf was melodically similar to an undulating passage – “With glowing hearts we see thee rise, the true North strong and free” – in O Canada.

Then, in the early 2010s, while putting together a presentation of American choral music for Quire Cleveland, a vocal ensemble he co-founded, Prof. Duffin came across Angel of Peace, a repurposing of a piece by the German-American composer Keller from 1866. “It was so obvious to me that the whole last part of [Keller’s] American Hymn was also the last half of O Canada,” Prof. Duffin said. “I was really struck by it.”

With that realization, Prof. Duffin felt he had solved the puzzle. “I now had an idea of where all the musical sections from O Canada came from.”

Individually, the parallels could be dismissed (as the Mozart connection has been for more than a century). But put together as a whole, Prof. Duffin believes a strong case is made that Lavallée borrowed inspiration for his entire anthem and that it is difficult to contend that the likenesses are coincidental.

“You would be hard-pressed to refute any one likeness, when there are four of them that are obvious.”

A fellow musicologist who does refute part of Prof. Duffin’s case is Robert Harris, author of Song of a Nation: The Untold Story of Canada’s National Anthem. “The Wagner and Liszt are pretty short elements, so it’s hard to make a case for musical borrowing. There are only 12 notes. Composers are speaking the same language, so the chances of finding something that seems cribbed is pretty high.”

In his book, Mr. Harris maintains that Lavallée likely called upon the opening three-note Mozart motif for O Canada from his “musical subconsciousness.” Having read Prof. Duffin’s article, he now agrees there’s more to the Mozart parallels than simply the intro alone.

“The whole eight bars are really close,” he told The Globe.

Fellow tune-detective Prof. Reynolds, whose three books include Motives for Allusion (on how composers in the 19th-century influenced each other), concurs with Prof. Duffin’s conclusions on what inspired O Canada.

“Perhaps Lavallée had the four musical snippets in mind, but he made them his own by some quite telling changes. This is musical allusion, not plagiarism, and that’s an important distinction,” Prof. Reynolds said. 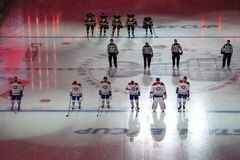 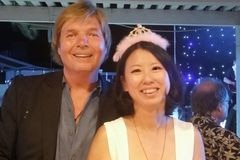 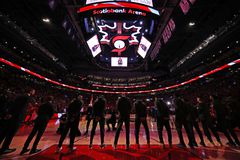