Brad Wheeler
Published May 15, 2021 Updated May 15, 2021
Comments
Text Size
Please log in to listen to this story. Also available in French and Mandarin. Log In Create Free Account

With the 2001 song BaKardi Slang, the pioneering Canadian hip hop artist Kardinal Offishall referenced the tough Toronto crowds at the time. “You better rip the show, before bottles start flyin’ and you runnin’ for the door,” he rapped.

“They did not do well at all,” Offishall says. “First, there was one plastic bottle thrown at them. And then two, then three, then five, then a flurry of bottles. They had to be ushered off the stage.”

Years later, Offishall found out that a friend of his (producer-musician August Rigo) was among the jeered group members. “He told me he almost quit the music business because of it,” Offishall says. “This is a guy who went on to write songs for Justin Bieber and some of the biggest artists in the world.”

Since 2013, Offishall has been a director in the artist and repertoire (A&R) department at Universal Music Canada. In April the still-active musician was promoted to senior vice-president, A&R. As well, his 20-year-old Quest for Fire record was judged by panelists of CBC Music’s inaugural Canada Listens contest to be the one album all Canadians need to hear.

Looking back at his career while considering the responsibilities of his new corner-office position, the 45-year-old Offishall spoke with The Globe and Mail about the the evolution of hip hop in this country and the lessons he’s learned on how to start fires in the music business.

Rough audiences develop artists: “Toronto had relentless crowds in the 1990s. It could be harsh, but it sharpened your skills. If you weren’t amazing, who knows what the outcome would be. But, if we’re being honest, the crowds are softer today. It’s good because maybe a young artist starting out won’t have such a dramatic experience. But, I also think we lose some of our edge as a city. Some less-than-great performers will sneak by to the next level of their career because our crowds are a bit more forgiving.”

Always be publishing: “In the 1990s, there weren’t a lot of people from whom I was able to get professional advice. Some of the advice I did receive was basic: Hold on to your publishing rights for as long as you can. We were taught the importance and value of songwriting, and how you got paid.”

Canadians weren’t always so supportive of homegrown hip-hop: “A global Canadian rap superstar was not yet a thing when I started in the 1990s. But when I signed with MCA Records in 2000, my eyes were opened to possibilities and the notion that whatever I put my mind to was achievable. People like to think they always liked Drake. No, you didn’t. He was just the actor on Degrassi: The Next Generation. There were a few of us in Toronto who really believed in his skill set, but Canada did not support him off the top. A lot of us have similar stories. It took the United States and the rest of the world embracing me before Canada realized, ‘Oh, man, I guess this guy really is good.’ Unfortunately, that’s a sad history Canada has.”

Change comes from within: “When it comes to anti-Black racism in the music industry, there was a time when I rebelled against it. It was sad seeing the embrace of rock music or pop music or country at the time, and yet hip hop was shunned. When [then Universal Music Canada president and CEO] Randy Lennox offered me a job in 2013, my first thought was, ‘Why do I want to work with these guys? The major labels are the enemies.’ But Stephen Marley said to me,’ Listen, the only way to change the system is from within. We need people in the system who can shed some insight and have some influence on the way decisions are made.’ So, that was my mindset when I started out in 2013. It was about getting a seat at the table. And while it was a slow build, hip hop and Black music is now factually the biggest revenue generator in the music world. We have everybody’s eyes and hearts. It’s the same way in society, with social uprisings. There’s a new awareness. There’s a lot of reconciliation that’s happening, and it’s great.”

Think globally: “The most important lesson I learned early on still applies to kids now, which is to experience the world. Don’t simply rely on where you live. Once I put that into practice myself and began to network globally, I had all these incredible experiences. It enriched my career in ways you can’t assign a dollar value to. You need to get out there and connect. It’s not about who you know, it’s about who knows you.”

Top nominee The Weeknd to perform at Billboard Music Awards
Subscriber content
May 11, 2021 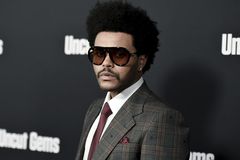 Musicians frustrated with streaming services’ paltry payouts are fighting back
Subscriber content
May 11, 2021

Opinion
It’s time we came clean about the Dishrags and other long-lost Canadian all-female rock bands
May 12, 2021 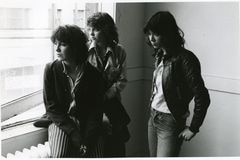