More below • Listen to Tafelmusik’s rehearsal • A classical music primer

The hall is packed, and the stage, too, with Toronto’s Tafelmusik orchestra and choir divided into two groups, plus a children’s chorus in the balcony. Masaaki Suzuki, one of the greatest living interpreters of the music of Johann Sebastian Bach, raises his arms, and – yes! – those dark, powerful, throbbing chords that open the St. Matthew Passion. Then voices, calling us to mourn the suffering and death of Christ.

The opening chorus of the Great Passion, as the Bach family called what may be his masterpiece, lasts for eight minutes, even at the brisk speed that Mr. Suzuki prefers. The end leaves you drained. And there is more than three hours of music still to come.

“It must have been very special to him,” Mr. Suzuki said in an interview before the performance. In its length, its complexity, its emotional reach, the Passion transcends anything Bach wrote, with the possible exception of the Mass in B minor.

Bach died in relative obscurity in 1750, and he remained obscure until Felix Mendelssohn discovered and then conducted the St. Matthew Passion in 1829, introducing perhaps the greatest composer who ever lived to the world, and setting off a mad scramble to locate manuscripts. Much of his music is lost, including another Passion.

But while the Passion was rescued, it’s at risk in our time of simply fading away. Johannes Brahms predicted that the art form known today as classical music was dying, and he was right. In every decade after his death in 1897 there were fewer composers of orchestral, choral or chamber music whose works could stake a claim to posterity. The last two might have been Dmitri Shostakovich, who died in 1975, and Benjamin Britten, who died a year later, though there are admirers of still-living composers – such as the Estonian Arvo Part or the American John Adams – who would strongly disagree.

Between 2010 and 2014, audiences at American orchestral concerts declined by 10.5 per cent. Downloading, streaming and changes in taste have shattered once-great labels such as Deutsche Grammophon, Decca and Philips.

Of SiriusXM Canada’s 100-plus channels, only two are dedicated to classical music, which accounted for only 1 per cent of the album consumption in the United States in 2018.

But we who remain are all the more passionate for being so few. Over four nights in March, 2,900 people attended Tafelmusik’s performances of the St. Matthew Passion at Jeanne Lamon Hall, a sellout.

Sometimes, a friend or colleague will ask for an introduction to classical music – a dozen recordings, say, that I think they should listen to. I always include Bach, and over the years I have heard the same thing again and again. People may or may not warm to Beethoven or Brahms. They rarely like Mozart to start. But “those cello suites by Bach…", “that keyboard music by Bach..." Something about him grabs the listener like no other composer.

Ivars Taurins, choral director of Tafelmusik, cites John Eliot Gardiner, the British conductor who observed that in times of crisis and grief, people around the world turn to Bach’s music. “The same cannot be said so easily for a composer like Beethoven or Mozart,” Mr. Taurins says.

The reason might have something to do with the fact that Bach, who was deeply devout, wrote most of his music for church congregations, so he kept things simple. “How he does it is of course the mystery,” Mr. Taurins adds, for beneath that simplicity lie depths that perhaps no other composer has reached.

For me, it started with Beethoven. There was no classical music in the house when I was growing up. Tastes ranged from from Mantovani to Johnny Horton to the Dave Clark Five, though I took a few desultory years of piano lessons, and sang in a local choir.

One day when I was about 12, Dad came home from a trip to the city with an LP called Beethoven’s Greatest Hits. (Why he bought it remains a mystery.) I was upstairs playing Monopoly with some friends when he put on one of the tracks: the fourth movement of Beethoven’s Ninth Symphony, the Ode to Joy.

I bounded downstairs. “What is that?!” Classical music has been embedded in my life ever since. Opera when cooking. Haydn when reading. Brahms chamber music after some minor eye surgery. And Bach, OMG Bach, at night, when everything is quiet and the lights are low. If I had to choose between giving up writing and giving up listening to music, I’d give up writing.

But there aren’t many like me left, at least in the Western world, for several reasons. For one thing, classical music failed to renew itself. After Brahms died, composers struggled to find ways to express music that didn’t simply repeat what had come before. In the 20th century, the art form degenerated into a civil war between traditionalists and the avant-garde, even as audiences drifted away in search of more popular entertainments.

And let’s be honest: Classical music is difficult. To understand what you’re hearing, even at my basic, totally amateur level, it helps to know the context of a piece, how the ideas that powered the Renaissance, the Enlightenment, the Romantic Revolution and Modernism influenced the music of those times.

Most classical music is written for instruments rather than voices, making it harder to follow. Much of it adheres to certain conventions, such as sonata form, that the listener needs to grasp to fully appreciate what’s happening. That’s why it helps to have taken music lessons or to have played in a band or sung in a choir.

And we put classical music on too much of a pedestal. The reverential rituals of the concert or recital. The snobs who dismiss anyone who listens to it as background music. Haydn wrote 104 symphonies. Only a few require your full attention. The St. Matthew Passion is very long. Not all of it leaves you breathless.

But some of it does. Listen to how he varies the orchestral accompaniment from one aria or chorale to the next. Listen to the interplay between the Evangelist and Christ and Mary Magdalene.

A soprano floats a line –“out of love my Saviour is willing to die” – above a flute, which floats its own line above a pair of anchoring oboes. The choir attacks like a savage mob, baying for Christ’s blood, then sorrowfully reflects on that anger. The old Lutheran hymn O Sacred Head Now Wounded appears and reappears throughout the work, each time subtly different, and in a lower key.

I can’t believe that anything this beautiful could ever fade away. Neither does Mr. Suzuki.

Performances of Bach’s music “may sometimes be more boring, or sometimes more fresh, but its value remains, completely independent of what we are doing in our musical life,” he believes. “The value of the music never changes.”

There are some encouraging signs. Classical music CD and streaming revenues were up 10 per cent in Britain in 2018, according to the British Phonographic Industry, more than pop music sales. Classical crossover artists and composers – such as Canada’s Chilly Gonzales, Iceland’s Olafur Arnalds or Britain’s Max Richter – are selling well.

Streaming services have made a once-expensive obsession virtually free. For years, I had a highlights disc of the St. Matthew Passion, because I couldn’t afford the complete work, which spread over four LPs. But there are more than a dozen separate versions of the work available on Apple Music. Assembling a solid classical music library used to cost thousands of dollars. Now it’s all on your phone through a $10 monthly streaming service.

While schools in Western countries close down their music programs for lack of funding, an estimated 30 million students study piano in China and 10 million study violin.

“Things come around,” Mr. Taurins said. “Classical music is part of world culture, and it will never go away. When there is genius in art, it lasts.”

The Great Passion is reaching its end: tender, forgiving minutes.

We sit in tears and call to you in the tomb: Rest softly. Softly rest.

A final, lingering chord of solace hangs in the air. Then silence. Then all of us are on our feet, almost at once, clapping and shouting. Such music, such a performance.

Then we put on our coats, check our phones, and go back into the world.

Listen to the rehearsal

An introduction to classical music should include material from different genres and from each of the four historical periods: Baroque, Classical, Romantic and Modern. Here is a very personal top 10 along with my favourite performers. If you find that a particular piece of music intrigues you, a quick search on Google will reveal other major works of that period or genre to explore. Or ask away on my Twitter or my public Facebook page. I’ll do my best to reply. 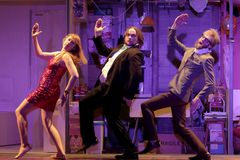 Opinion
Ballet BC became one of Canada’s boldest companies under Emily Molnar. Ten years later, it may be at an artistic crossroads
Subscriber content
April 9, 2019 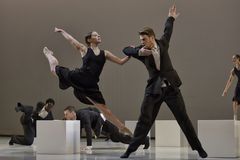