When it comes to a songwriter reimagining the work of one of their peers, the conventional thinking is that it is an homage, or an acknowledgment of one’s own musical roots. It might be a creative exercise, or perhaps an artistic outreach to a perceived kindred spirit. A cynic might see it as a calculated play to gain attention by covering an already recognizable song.

The Canadian hip-hop icon k-os, who is anything but conventional, and who has just released a bristling rap-rock cover of the Cars’ 1978 classic Just What I Needed, says nuts to all that.

He can and should be. There are no rules when it comes to cover tunes – hot-wiring the Cars is not only allowed, but encouraged. As are other unexpected reinterpretations released recently: East Coast singer-songwriter Jenn Grant’s harp-twinkled treatment of Gord Downie’s Chancellor, fellow Maritime troubadour Rose Cousins’s yearning, finger-snapped take on Whitney Houston’s I Wanna Dance with Somebody and the bongo-ed atonal cover of Marvin Gaye’s What’s Going On by Roberta Flack, recorded years ago and rescued from the vault last month.

K-os’s decision to tackle Just What I Needed, previously reinterpreted by the Strokes, the Killers and the Red Hot Chili Peppers, came to him in a bar in Whitby, Ont. Though based in Vancouver now, he had returned to his hometown east of Toronto seeking inspiration. At a pub called The Tap & Tankard, the Cars’ new-wave banger blared from the sound system.

“I remembered the song from my childhood in Trinidad,” says k-os, who also lived in his mother’s native country for a time. “I instantly knew the lyrics.”

Mixing rap and rock is nothing new to the artist who once sampled Elvis Presley’s Jailhouse Rock for his 2006 song Equalizer. Other than an added pair of raps, his version of Just What I Needed is loyal to the original, complete with the crashing chorus that releases the tension built by taut, jittery verses.

The song is about semi-requited love: The woman hangs out and wastes the guy’s time, but when she’s near, “I kind of lose my mind.” Apparently she’s unfaithful, but the song’s protagonist allows the infidelity, “as long as it was deep.”

K-os digs the song’s punk angst and pop-rock dynamic. “It’s happy but down,” says the Juno-winning Joyful Rebellion star. “That’s how people feel. They want to sing and dance, but underneath it all, there’s a sadness to the song.”

Having recorded a faithful version of Just What I Needed, k-os feels a connection with the late Cars frontman Ric Ocasek and his Massachusetts band: “I didn’t make it a rap song, and I didn’t funkify it. Because of that, I feel a little different about myself. It’s funny, but I feel like I’m from Boston now,” he quips.

Because he’s taking so few liberties with the original, k-os isn’t exactly looking to make Just What I Needed his own. Will he have a hit with it? Probably not. His intentions are more altruistic – he wants to bring an out-of-fashion genre back to the fore.

“There are kids on my block, they’re [in their 20s], and they love Seventies rock,” he says. “I’m happy to see it, a young generation looking for melodic rock. There’s a lack of it on the radio, though. If there’s anything calculated about what I’m doing with this song, it’s trying to bring that back.”

What to expect from this year’s ‘quarantine-friendly’ Grammy Awards
March 12, 2021 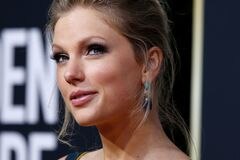 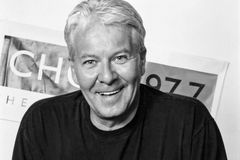 Matthew Bissonnette on his love for Leonard Cohen’s music, and its role in his new film Death of a Ladies’ Man
Subscriber content
March 12, 2021 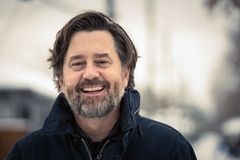