“No one says ‘goodbye’ anymore,” Gord Downie sings on the song Untitled, “for fear that’ll be goodbye.” Untitled is the last track on Away is Mine, a posthumous solo record to be released on Friday. Perhaps the song was left untitled for a reason, done with the hope against hope that there would be time to title it later.

There wasn’t. Months after recording the album, Downie died of brain cancer at age 53 on Oct. 17, 2017. But while Away is Mine is the final album the singer-songwriter recorded before he died, it won’t be the last of his records to be released. At least one more is in the vault.

It’s the latest chapter in a long, eloquent farewell that raises questions surrounding posthumous albums in general. Do they continue the legacy of the artist or do they exploit their memory?

Downie’s first posthumous release was Introduce Yerself, released 10 days after he died. The record, essentially melodic letters to loved ones, was written after his terminal diagnosis. The chorus of the first track, First Person, consists of one word repeated three times: “Goodbye.”

Away is Mine was recorded over four days in July, 2017, one year after his final tour with The Tragically Hip, the group he fronted. The album was made with long-time friend and collaborator Josh Finlayson of the folk-rock group Skydiggers. Two presentations of the 10 songs are being released side by side in a double-album format – one atmospheric version of electro-roots songs and another in a country-tinged unplugged style.

A month before the Away is Mine sessions, Downie had made an album with another friend and collaborator, Dale Morningstar and his avant garde indie-rock band The Dinner is Ruined. No release date for that record has been set.

Posthumous albums come with unique controversy. They are often perceived as cash grabs by record labels and the estates of the artists involved. Among the ill-advised albums of the genre are Tupac’s Loyal to the Game, a blasphemous abomination that certainly wasn’t loyal to the rapper, and Jimi Hendrix’s Crash Landing, a ghoulish resurrection involving demos and over-dubs.

These albums and many others are disrespectful to the integrity of artists. In the case of Downie’s final albums, no such accusation should be made. Downie approved of their eventual releases.

“Gord heard everything,” says Finlayson, of Away is Mine. According to Finlayson, it was decided the record would be made with Nyles Spencer, the in-house recording engineer at the Bathouse Recording Studio owned by The Tragically Hip.

"Gord said, ‘Let’s give Nyles the keys to car,' " Finlayson says. “He gave him carte blanche.”

After the sessions at the Bathouse, Downie returned to Toronto, where his health took a turn for the worse. “The ability to contribute anything more to the record had gone away at that point," Finlayson says. “But everything on the record was pretty much done during those four days in July. He heard it.”

The same goes for the album recorded with Morningstar, who, like Finlayson, had a relationship with Downie that stretched back to Coke Machine Glow, Downie’s debut solo album from 2001.

For the yet-to-be released album he made with Downie in the summer of 2017, Morningstar and The Dinner is Ruined laid down the instrumental beds to the tracks without Downie. “We freestyled and just recorded a ton of stuff with Gord in mind and in our hearts,” Morningstar says.

Those tapes were sent to Downie, who initially put his lyrics and melodies to the music on his own with a computer in his basement. Later, after recording the final vocals with Morningstar, he heard the rough mixes of the material.

"He stood up and said, ‘Hey, cowboy, whatever you’ve done I approve of,' ” Morningstar says. "And then we went out for pizza.”

Aside from that album, there is other solo material out there that may or may not see the light of day. Expect some Hip rarities to surface on a suspected 30th anniversary reissue next year of the band’s 1991 album Road Apples.

On the song The Least Impossible from Away is Mine, Downie sings that he doesn’t want the dark, doesn’t want the end – "don’t even want the dark preview.” Though the album is a reflection of Downie coming to terms with his mortality, the inevitability of death didn’t hang over the sessions.

“Honestly, his health didn’t seem any different from it was since The Hip tour. I started to think that he would be the guy who defies this. But it obviously wasn’t to be.” 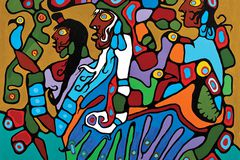 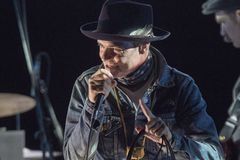 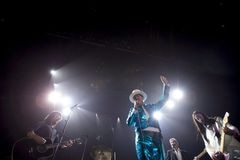