Geoff Emerick, a sound engineer who recorded, among others, The Beatles, helping to shape the band’s ever-evolving music on pivotal albums such as Revolver and Sgt. Pepper’s Lonely Hearts Club Band, died on Tuesday. He was 72.

Abbey Road Studios posted the news of his death on its website, although it did not specify where he died. A video posted on Mr. Emerick’s Facebook page said he appeared to have had a heart attack.

Mr. Emerick was just out of Crouch End Secondary Modern School in north London in 1962 when he was hired as an assistant engineer at EMI’s Abbey Road studios. In his 2006 memoir, Here, There and Everywhere: My Life Recording the Music of The Beatles, written with Howard Massey, Mr. Emerick described his second day on the job, when he watched as producer George Martin brought in Paul McCartney, John Lennon, George Harrison and Ringo Starr for an early recording session.

“It’s almost embarrassing to admit today,” Emerick wrote, “but what struck me most about The Beatles when I first saw them was their skinny knit ties.” He bought himself one, and he wasn’t alone. “Within a short time,” he wrote, “it seemed like everyone at EMI was wearing them.”

Mr. Emerick assisted on some of The Beatles’ first records while also working on other projects for the studio, including classical recordings. Then, in 1966, he was chosen to replace Norman Smith (who became a producer) as the group’s chief engineer.

His first record in that capacity was Revolver, the 1966 album that included Eleanor Rigby and Yellow Submarine. The next year came Sgt. Pepper’s, one of the most innovative and influential albums of the era.

It was Mr. Emerick’s job as engineer to figure out how to create and capture the sounds that the band was after. With The Beatles reaching for new levels of musical complexity, that was not easy.

“If there was going to be a piano used on a track, or a guitar, it was always John or Paul or George saying, ‘Well, we don’t want it to sound like a piano or a guitar,’ ” Mr. Emerick told The Boston Globe in 1987. “I had no gimmick boxes to play with, like there are today. All we had was tape machines, and four tracks.”

Mr. Emerick also engineered later Beatles albums, including Abbey Road (1969), and he engineered or produced solo albums by Mr. McCartney and albums by Elvis Costello, Art Garfunkel, the group America and many more.

McCartney, in a tribute on his website, said, “We spent many exciting hours in the studio, and he never failed to come up with the goods.”

Martin’s son Giles wrote on Twitter, “We have all been touched by the sounds he helped create on the greatest music ever recorded.”

Geoffrey Ernest Emerick was born in London on Dec. 5, 1945. His father was a butcher, his mother was a homemaker. As a teenager he made a fateful trip to an annual trade show where the latest technology was on display. The BBC was doing a live orchestral broadcast, and young Geoff was particularly fascinated by the fellow at the mysterious console who was turning knobs and dials – the sound engineer, he would come to learn. He would soon tell his school guidance counsellor that he was interested in a job in that field; it was the counsellor who first heard about the job opening at EMI.

In a 2017 interview with Variety, Mr. Emerick called the complex, layered A Day in the Life one of the highlights of his years with The Beatles.

“The night we put the orchestra on it,” he said, “the whole world went from black and white to colour.”

It would not be long before all of the seat-of-the-pants flourishes Mr. Emerick helped The Beatles create for those late-1960s records would be easily accomplished with synthesizers and such. He said the fact that the albums were not made that way has helped them endure, especially Sgt. Pepper’s.

Mr. Emerick won a Grammy Award for engineering that album, as well as for Abbey Road and Mr. McCartney’s 1973 album Band on the Run.

Given the sophistication of “Sgt. Pepper’s,” it’s easy to overlook the fact that Emerick had barely turned 20 when he was tasked with helping to get The Beatles’ vision on tape. It was, he recalled 50 years later in an interview with the Australian Broadcasting Corp., a daunting challenge.

“John came into the control room on that first day and said, ‘We’re never gonna tour again and we’re gonna make an album that’s gonna have sounds on it and things on it that no one has ever heard before.’” Emerick remembered. “And everyone looked at me, and I know what I’ve got. I’ve got nothing!” 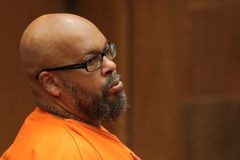 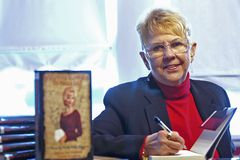 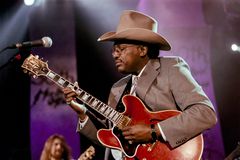