The Recording Academy used to be known as the National Academy of Recording Arts and Sciences. Now we know the reason for the change: The anti-science crowd got to them.

The Grammy nominations were announced on Tuesday, and there is no logic to the Los Angeles-based institution’s bizarre snubbing of Canadian pop superstar the Weeknd. Einstein could not be reached for comment. The Academy has no explanation either.

In a year in which little is certain, the acclaim of Abel Makkonen Tesfaye has been all but universal, his pop rulership near indisputable. His sublime fourth LP After Hours just won the trophy for top soul/R&B album at the American Music Awards.

Since its release on March 20, the well-reviewed After Hours has been a reliable presence on the Billboard charts – a sort of soundtrack to the pandemic. The album has spawned four singles, including the ubiquitous Blinding Lights, rightfully perceived as a frontrunner in both Song of the Year and Record of the Year categories. The latter category usually favours big sellers; Blinding Lights was absolutely that.

The surprise nominees in the top record category are Beyoncé's Black Parade and Black Pumas’s Colors, both with racially motivated lyrical themes. It’s interesting that the Weeknd, an artist of Ethiopian ancestry, was nudged out by those songs in particular. Beyoncé's anthem about Black pride was released on Juneteenth, the holiday that celebrates the emancipation of those who had been enslaved in the United States. She scored nine nominations, more than anyone else. Blinding Lights lacks any such social or political import.

Leading the Canadian delegation to the 63rd Grammys (to be held Jan. 31, 2021) is Justin Bieber, with four nominations. Montreal producer-musician Kaytranada picked up three nods, including one in the high-profile Best New Artist category. Hip-hop superstar Drake also picked up three nominations.

The Weeknd’s record label, Republic, can’t be blamed for dropping the ball here. It wasn’t Tesfaye’s trembling falsetto alone that got him prime gigs on Saturday Night Live and the upcoming Super Bowl halftime show. The label pushed Tesfaye in front of the world. The Recording Academy forgot to set its collective PVR.

As surprising as it is that the Weeknd failed to land a nomination in the Big Three general categories, his omission from the pop and R&B categories was glaring. The Progressive R&B Album slot is what used to be called Best Urban Contemporary Album – an award that Tesfaye has won previously. In a Rolling Stone cover story earlier this year, Tesfaye criticized the category as being a blanket award for music made by predominantly Black artists.

“R&B and Black music is such a wide variety,” he said. “If they put us all into one category, I still think it’s not fair. We’ll see how it goes.”

And now we’ve seen how it went. Maybe Grammy holds a grudge?

Other major snubs include the absence of significant hip-hop representation in the Album of The Year category. One can call Post Malone hip hop, but the inclusion of his Hollywood’s Bleeding is no one’s idea of the year’s best in the world’s most popular genre. Same for Jhené Aiko’s Chilombo, which features several guest rappers.

And then there’s Bob Dylan, the Pulitzer Prize winner who has never even been nominated for Song of the Year. He should have been a cinch this year for Murder Most Foul, his beautifully rambling 17-minute pop-culture parade about the assassination of John F. Kennedy.

When the single was released at the end of March, a world was lost, scared and reeling as the COVID-19 pandemic set in. People seized on Murder Most Foul like it was a tank of gas in a post-apocalyptic ghost town.

The song was eloquently inscrutable. What was Dylan trying to tell us? We still haven’t found out. Some things simply resist explanation. 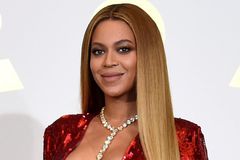 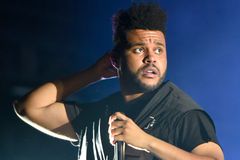 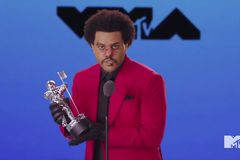