Sammy Hagar was just saying to Rolling Stone magazine this spring that Eddie Van Halen had had a lot of health problems, but that he had heard he’d “got it together." The former Van Halen singer hadn’t spoken directly to the guitarist since the conclusion of their 2004 reunion tour, but he had a prediction anyhow: that if there were concerts in 2021, Van Halen would be on tour.

“Until Ed or Alex Van Halen die,” he said, “they’re not finished.”

They’re finished. Eddie, the brilliantly electrified hard-rock guitarist, died of cancer on Tuesday. He was 65. With his drumming brother, Alex, he formed their namesake band with singer David Lee Roth and bassist Michael Anthony in 1974.

With his death, a little bit more of my teenaged self died with him. The albums Van Halen and Van Halen II in 1978 and 1979, respectively, were a revelation to my tiny, undernourished rock 'n' roll brain and a slap in the face to my musical senses. I thought Boston was heavy. I had no clue.

The critics didn’t like Van Halen initially. Maybe they never did. “A Southern California band that grinds out a variety of variations on the basic Louie Louie thump theme,” David Marsh wrote for Rolling Stone.

Marsh wasn’t 16 years old, though. And neither am I – a little less so today.

When I was in high school, in Oklahoma, the thing to do was to wear the concert T-shirt from the concert the night before. Do kids still do that?

Walking the halls on the morning of Nov. 21, 1978, I saw a few older classmates wearing a Van Halen T-shirt. I’d never heard of the band. Dutch rock? Van Halen had played the then-Myriad Convention Center in Oklahoma City the night before. What was Van Halen?

By the next summer, its sound was everywhere. The second album came out in March, 1979, with the singles Dance the Night Away and Beautiful Girls. But I was still working on the wild danger of the debut album’s side one.

Runnin' with the Devil wasn’t just the first track, it was an announcement of an invasion – high-voltage aliens landing. The siren sound – or was it a space ship? – then the ominous bass thump that led into Eddie’s silver cascade of a guitar riff. Some intro.

“I live my life like there’s no tomorrow,” Roth growled. “Yes, I’m livin' at a pace that kills.” I still think Runnin' with the Devil is one of the most frightening blues songs ever recorded. Blues purists won’t agree, but I bet Howlin' Wolf would.

The first side of the first album continued with the instrumental Eruption, Eddie’s outta-sight showcase. He tapped his fingers on the fretboard and worked the whammy bar to death. A show-off piece for sure – sci-fi to me – but it wasn’t just flash. These were the heavy-metal appropriations of classical expertise.

“We both started playing piano at age 6 or 7, and we played for a long time," Eddie once recalled about the musical training of the Van Halen brothers. "That’s where I learned most of my theory. We had an old Russian teacher who was a very fine concert pianist. In fact, our parents wanted us to be concert pianists.”

Side one of Van Halen continued with a cover of the Kinks' You Really Got Me, the hard-rock-classic-to-be Ain’t Talkin' 'bout Love and the race-car energy of I’m the One.

This was heavy, but it wasn’t sludge. It lifted spirits. Eddie’s smile was infectious – you heard it when he played. I listen to Van Halen today and instantly think of the summer of 1979. You never forget your first love, and you never forget the music that entranced you at 16.

I stuck with Van Halen until 1984, released in that year. The band went for a pop sound and I checked out. I never saw them live in their prime, but did catch them on a reunion tour in 2012, at a concert at the then-Air Canada Centre.

And, yeah, I bought the T-shirt and wore it the next day. 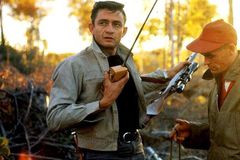 Opinion
A social protest in the late ’60s, Mac Davis’s In the Ghetto is now racially problematic
Subscriber content
October 1, 2020 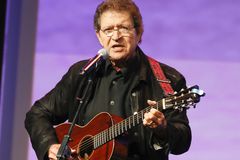 Film Review
In the serene documentary Meeting the Beatles in India, a Canadian filmmaker recounts a spiritual journey for the ages
Subscriber content
October 2, 2020 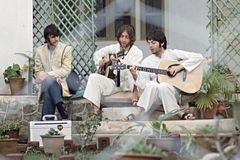