Concerned over perceived cultural appropriation, a group of Inuit musicians that includes Polaris Prize winner Tanya Tagaq have announced they are boycotting the Indigenous Music Awards.

Ms. Tagaq, Kelly Fraser, Kathleen Merritt and others pledged on social media to withdraw their future participation in the annual event until the organization revised its policies and instituted Inuit representation on the IMA board.

“It’s dangerous,” Ms. Merritt, who performs under the name Iva, told The Globe and Mail. “They seem to have no concern over the issue of cultural appropriation within the Indigenous community.”

The bone of contention has to do with Cikwes, a Cree singer and songwriter who sings in Cree and English. She also dabbles in throat singing, a form of musical performance unique to the Inuit culture. Her album Isko is nominated in the folk-music category for the Indigenous Music Awards, to be held May 17 in Winnipeg.

“We respectfully asked the IMAs to remove Cikwes as a nominated artist,” said Ms. Fraser, a Juno-nominated pop and electronic-dance artist originally from Sanikiluaq, Nunavut.

“Until her album is taken off or there is an apology, we are adamant in not putting our music forward for the IMAs."

Iqaluit dreams of theatre to host rebirth, renewal of storied culture that was almost lost

In response to the concerns raised by Ms. Fraser and the other Inuit musicians, the Manito Ahbee Festival (which oversees the IMAs) released a lengthy statement on Tuesday. Saying they “don’t presume to agree or disagree on this matter at this time,” the festival ruled that Cikwes’s contentious nomination will stand.

Cikwes did not respond to a request for comment by The Globe.

On the matter of the makeup of the Manito Ahbee Festival board of governors, the festival stated its intention to add an Inuit representative on the board at its next annual general meeting. As well, the festival said it would develop a policy on cultural appropriation for all artists submitting to the IMAs.

Ms. Tagaq, an internationally known musician and outspoken Inuit throat singer from Iqaluktuutiaq, Nunavut, has been vocal on Twitter in recent days on the subject of throat singing by non-Inuit Indigenous musicians.

“Appropriation can happen internally within our pan-Indigenous umbrella,” she tweeted on March 27.

The art of Inuit throat singing includes the employment of both voiced and unvoiced sounds, creating a guttural resonance both through inhalation or exhalation. In 2014, the government of Quebec designated Inuit throat singing as part of the province’s cultural heritage.

The group of Inuit singers had been collectively communicating with the IMA board for more than a month. When the group decided their concerns were not being properly addressed, they decided to publicize the issue by individually withdrawing their support for the awards in unison.

“There’s no reason for anyone other than an Inuk musician to perform as an Inuit throat singer," said Ms. Fraser, who is currently recording her third album, Decolonize, to be released in the fall of this year. “We are here, we are alive and well, and we don’t need other people to mimic our songs.”​ 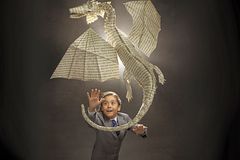 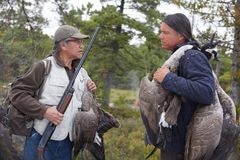 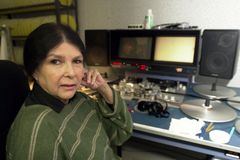