Speaking about the late Nova Scotia songwriter Matthew Grimson on an hour-long Zoom call, Joel Plaskett and Sloan singer-bassist Chris Murphy smile sometimes and come close to tears at others. Mostly they are in awe of the obscure man’s peculiar gifts.

“Matthew’s singing was peculiar, his delivery was strange,” says Plaskett, a Juno-winning melodic rocker. “He was destined to ride in the fringes, but he was immensely inspiring as a lyricist.” Adds Murphy, “Within one song he could have me laughing my butt off and crying my eyes out. It’s a skill I wish I had.”

Grimson, a literate grunge-rock balladeer who endured mental-health issues, took his own life at age 50 in 2018. Though a cherished figure in the Halifax music scene, the idiosyncratic singer-songwriter released only one album in his lifetime, 2002′s A Life Played for Keeps. Plaskett and Murphy have now collaborated on an album that celebrates a gifted unknown.

Matthew Grimson: Prize For Writing compiles 15 long-lost lo-fi songs by Grimson recorded by Murphy on a four-track machine in 1995, recently polished and remixed by Plaskett at his studio in Dartmouth, N.S. It’s set for release on Friday, available at Grimson’s Bandcamp site.

Murphy and Plaskett were friends of Grimson and still are champions of a prolific but troubled songwriter whose heroes were mavericks such as Roky Erickson and Warren Zevon. The resurrected material of Prize For Writing could instigate a posthumous career in the way that Nick Drake, a British alt-folk musician who suffered from depression, was discovered years after dying young.

A sort of self-loathing threaded Grimson’s work. His lyrics seemingly reflect an artist who believed his best wasn’t good enough. From his Dylanesque lament Once a Great Adventure: “You could have been a writer, you’ve got a lot to say / You could have made a point, but then words got in the way.” And, “While you were building armies, you could have played guitar / You could have looked inside, you would have had your avatar.”

Was he frustrated or was this wry self-deprecation? Both, says Murphy, who suspects Grimson knew how good he was. “He was funny, but he knew his heroes were talented and weren’t rewarded for it. He believed that could be his fate as well.”

That’s the sadness of Grimson’s legacy. Unlike the late songwriting savant Daniel Johnston, who dreamed of pop stardom but in a childlike way, Grimson was self-aware. Still, frustrated by his limitations, he pushed what he had. Beach Boys maestro Brian Wilson may have written I Just Wasn’t Made For These Times about himself, but he wrote it for people like Grimson.

Murphy met Grimson when both took a modern guitar class at Dalhousie University in 1986. They formed a hypothetical band called Dust Party that never played a gig or even did anything at all except imagine the possibilities of wearing McDonald’s uniforms or lab coats smeared with blood. A fan of Alice Cooper, Grimson had a performative streak, if only in his head.

“He opened my eyes to all kinds of things,” recalls Murphy. “He was well-read and verbose, and his musical reference points were exclusively things I didn’t know anything about.”

Plaskett met Grimson a few years later at a class in recording techniques held at the Centre for Art Tapes in Halifax. “I didn’t know he was a musician until Chris made his recordings in 1995,” says Plaskett.

Grimson wrote and performed all the songs for Prize For Writing, with accompaniment from Andrew Scott and Murphy of Sloan, and Matt Murphy of the Super Friendz. The album opens with Stood Up, a fuzz-fest that lumbers with panache. The songs that follow fulfill the intrigue and humour promised by their titles: Get Lost Helen of Troy, Return to Onion Lake and the Cobain-style sludge of Bambi is Free (which rhymes “You can’t blame that on me” with “You’ll have to fight it out with Walt Dis-a-nee”).

Murphy with Sloan and Plaskett with Thrush Hermit were part of a power-pop explosion in the 1990s when Halifax was being touted as the “next Seattle” following the breakout success of that city’s grunge-rock breeding ground that spawned Nirvana and other bands.

Grimson’s songwriting prowess, though, was never harnessed as anything that could be commercialized. Beyond his one album in 2002, his song Stood Up was covered by Sloan on 1997′s Recorded Live at a Sloan Party. Plaskett covered Grimson’s Drifters Raus on his 2009 release, Three, and more recently wrote a salute, Matthew Grimson Songs, for his 2020 album 44.

Grimson once described his music as “psychological metal, verbose pop, queasy balladry and odd trips.” Organizing a band or building a career wasn’t part of his skill set, and he was a nervous performer. “He would sweat so much even during rehearsals that his guitar strings would rust,” says Plaskett.

His music was not meant for the faint of heart or sticklers for musical harmony. “Playing drums with him was difficult,” says Murphy, a multi-instrumentalist who couldn’t always follow Grimson’s curious rhythmic intuitions.

As a crooner, Grimson was a charming eccentric at best – a Dylan in distress at worst. “A lot of melodic ideas he couldn’t quite execute,” says Plaskett. “He didn’t hit the notes, but his intention was there. You could tell the complexity he was going for.”

Grimson left behind hundreds of cassettes and CDs, along with journals and notebooks full of lyrics, drawings and ideas. He dubbed cassettes for friends (complete with photocopied covers and handwritten liner notes) and sold a handful of CDs in Halifax record shops on consignment. The master tapes for Prize for Writing were found with other material held by his family in Bridgetown, N.S., Grimson’s hometown.

The record is a co-release between Sloan’s Murderecords and Plaskett’s New Scotland Records. Plaskett describes Prize for Writing as Grimson’s most accessible work. “There’s a lot more to come out,” he says, “but this feels like a starting point.”

The album includes the song We’re Back, with Grimson singing, “We need you, we miss you, we didn’t hear you.” If the lines work as a eulogy and an apology, the album resurrected by Plaskett and Murphy is pure tribute.

“Matthew was brimming with ideas, but he didn’t always make it easy on himself,” says Plaskett. “But his music is valid. It is creative.” 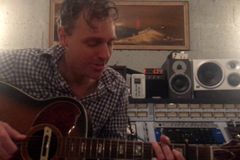 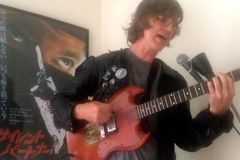 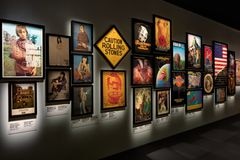 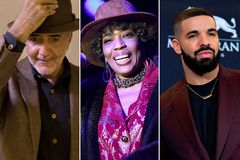 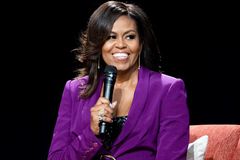