The turtleneck sweater set stopped what it was doing last month upon the announcement that previously unheard jazz from John Coltrane would see the light of day. The collective lather was over Blue World, 37 minutes of sound the legendary saxophonist recorded for the soundtrack to Le chat dans le sac (“The Cat in the Bag”), a 1964 National Film Board film by the Quebecois director Gilles Groulx.

Set to drop Sept. 27, the album mostly contains alternate versions of earlier Coltrane compositions, laid down with his so-called classic quartet of McCoy Tyner on piano, Jimmy Garrison on bass and Elvin Jones on drums. The tracks were recorded at New Jersey’s Van Gelder Studios on June 24, 1964, in a session bookended by the making of two Coltrane masterworks, Crescent and A Love Supreme, both cut the same year at the same studio.

Only 10 minutes of the music made it into the film. But if Trane-spotters are excited by the unearthed rest of it – the tapes were discovered in the early 2000s in the NFB archives – one behind-the-scenes man hopes the soundtrack will revive interest in the film and its director.

“My main goal with this is that Gilles Groulx’s work would be recognized,” says Frédéric Savard, an NFB sales agent and jazz fan who spearheaded the project five years in the making.

Identified as a “culturally significant film” by the AV Preservation Trust in 2002, Le chat dans le sac is a 74-minute political allegory in black and white. Groulx had been commissioned to turn in a documentary on the general topic of winter. Instead the Montreal-born director went rogue and auteur, repurposing a $75,000 budget to make a drama in the documentative New Wave style of Jean-Luc Godard.

The release of the soundtrack on the Impulse! imprint follows the label’s success with last year’s Both Directions At Once, another “lost” album. According to Savard, the commotion over Coltrane’s soundtrack – the only one he ever worked on – resulted in a “significant” increase in traffic to Groulx’s NFB web page once the cat was let out of the bag. As well, the subtitled Le chat dans le sac has been viewed more than 3,000 times online.

That the Coltrane-Groulx collaboration was historically overlooked exasperated Savard. “It wasn’t normal. It felt wrong.”

In a nutshell, Groulx had reached out to bassist Garrison, whom he knew through a woman who had appeared in his 1962 documentary Voir Miami. For the session, Groulx used a Film Board car to drive to the New Jersey studio. There he presented Coltrane (who had not seen the film) a list of songs. According to the album liner notes, Barbara Ulrich (who was Groulx’s partner and the film’s co-star) said the saxophonist quickly got to work. “Okay, I get it,” he told the director. “I know what you want.”

Coltrane was paid $2,500 for the music, in addition to a standard union fee of $137.16 for the three-hour session. It remains to be seen if Blue World will spark a Groulx revival, but Coltrane himself would probably encourage a revisit. “I’ve found you’ve got to look back at the old things," he once said, "and see them in a new light.” 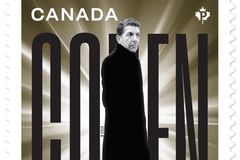 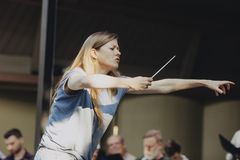 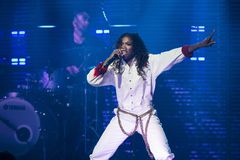