This week’s Juno Award activities in Saskatoon will go ahead as scheduled, with no cancellations or audience-less productions planned. Addressing public health concerns over COVID-19, the Canadian Academy of Recording Arts and Sciences (CARAS) issued a statement on Monday:

"The health, safety and well-being of everyone is of paramount importance to the CARAS organization. As it relates to COVID-19, we have been closely monitoring the position of the Public Health Agency of Canada (PHAC) and other experts within our federal, provincial and municipal governing bodies.

“Based on the numerous consultations of relevant authorities, including the World Health Organization (WHO), the risks associated with COVID-19 remain low for Canada and Canadian travellers. As such, we are proceeding as planned with the 49th annual Juno Awards broadcast and Juno Week activities, scheduled to take place in Saskatoon, from March 9-15. We will continue to monitor developments and will act accordingly and advise if the situation changes.”

The announcement came days after the cancellation of this year’s South by Southwest (SXSW) festival in Austin. Set to begin March 13, the long-running music, film and tech conference was scuttled after a “local disaster” was declared on Friday by the city’s mayor, Steve Adler.

“I am so sad to announce that we are unable to tour the Asian markets due to the continuous outbreak of the coronavirus," pop singer Avril Lavigne announced on social media last weekend. “My band, crew and I have been working so hard to bring this tour worldwide and are completely bummed out.”

The 12-date Asian leg of Lavigne’s Head Above Water World Tour was scheduled to begin on April 23, with concerts in China, Japan, Philippines and Taiwan. Lavigne concerts in Milan and Paris this month have also been nixed.

On Monday, Canadian rocker Bryan Adams announced on social media that “local authorities” had cancelled his upcoming shows in Norway and Denmark due to COVID-19 concerns.

According to a Saskatchewan government website, “at this time Saskatchewan does not have a confirmed case of COVID-19, and the risk to Canadians remains low.” As of March 2, a total of 52 people in the province had been tested for the virus, with 45 negative results and seven still pending.

While most Canadians will experience this year’s Junos by watching the televised awards presentation hosted by Alessia Cara on March 15, associated events take place all week. A Kick-Off Concert on March 12 at the Coors Event Centre will feature a headlining set by Saskatchewan retro-rockers the Sheepdogs.

Should there be an Indigenous Juno Awards category?
March 6, 2020 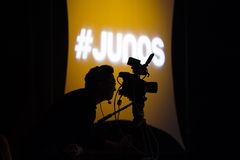