What is Art Bergmann fighting against? Whatever you got.

Late last year, the anti-establishment rocker was named to the Order of Canada for his “indelible contributions to the Canadian punk music scene, and for his thought-provoking discourse on social, gender and racial inequalities.”

The honour, the highest to a civilian in this country, is career-spanning. Which is not to say the songwriting guitarist is done speaking truth to power. His latest album is this year’s Late Stage Empire Dementia, a potent and poetic collection of songs that address everything from the drug crisis in Alberta to rise of fascism in the United States.

The former Vancouverite spoke to The Globe and Mail from Airdrie, Alta.

Pick up a cheap guitar, chances are you’ll go far: “The first guitar I ever played was a monstrosity. The strings were so far off the neck, my fingers just bled. I had one proper guitar lesson, and I never took another. But a fellow in high school showed me some blues scales, which helped me around the difficulty of playing all the chords from chord books. I learned from the songs I heard in the 1960s and early ′70s – country and, of course, rock ‘n’ roll. Then, when punk came along, I destructed everything I knew and started over basically. That was the magic moment, when I heard the new sounds coming from England, like Wire and XTC and the Sex Pistols. I didn’t throw everything out, though. What I kept, I threw back in, to make me a better player.”

Beware of record companies: “I should have stayed independent. In 1988 I signed with Toronto’s Duke Street Records. I’m still in hock to them. They own my records until 2023. There’s a hierarchy in the record business, and at some point I realized you don’t need them to become an artist. Mind you, it’s a horrible life having to promote yourself. Here I am, whoring.”

Forget the gym, join a band: “I’m 68. Am I in good shape? Being alive is in good shape for me. I wasn’t supposed to make it past 30. Rock ‘n’ roll gives me physical strength. Really, it’s an awesome physical job. But my body is breaking down. I don’t even know if I can play live any longer. There’s a documentary film in the works. I’m supposed to get some musicians together and play some shows. I’m hoping I can do that.”

Pay no mind to the critics: “I’m only reflecting on my own experience, but there seems to be an awful lot of laziness on the part of music journalists. They take two sentences from whatever the PR people put out and just repeat them. They don’t delve into lyrics and intent, or go any deeper than the press release. It’s frustrating. I mean, there are intellectual puzzles in my songs. That’s what makes them listenable over a period of time. Music writers don’t seem to get it these days.”

There’s an art to stealing: “I’ve stolen lyric lines from, say, David Bowie and Lou Reed, and repeated them into my songs. Every melody of mine is stolen. I try to deconstruct them or add something new. As Guy Debord said to André Breton, ‘We know about surrealism, monsieur, make it new.’ ”

Get a life: “One of the most hated things in my life are musicians who talk shop. They talk about gear incessantly. I can’t stand the company of that type of musician. If you’re going to be a songwriter, you need to go out and live. I didn’t know anything about how this world works until I was 38 years old. You need to broaden your horizons.

And get a drug plan: “I’m in a lot pain. I get to do drugs legally now [laughs]. But I’m thriving in my old age. Listen to my new album – it rocks.” 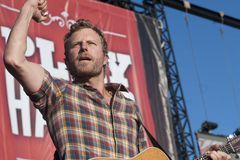 After 16 seasons, CBC Music moves on from Randy Bachman – but there may be life in Vinyl Tap yet
July 1, 2021 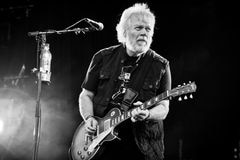 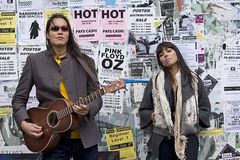