The view from my window looks like it’s painted onto the glass. I stare at that patch of sky and roof so much these days, it no longer seems like a portal to the world, so much as a kind of mural. The outdoors have taken on a static quality, now that there’s so little to do in them.

In my confinement – not medical self-isolation, just the “staying at home” that’s required of everyone – the eyes don’t offer escape nearly as well as the ears. It’s music that smuggles me out, through the white rubber thread of my headphones. I go to mushroomy forests, deserts at sunrise, auto plants as painted by Diego Rivera, dance floors.

In particular, during these first 10 days of social distance, I have been going wherever Bruce Springsteen takes me. No other artist has been as capable of drawing out and salving what I feel, or as useful a companion on my auditory tunnelling expeditions.

It seemed unintuitive at first that pop music’s bard of the open road, and arguably the greatest live performer of his generation, would resonate so powerfully to someone cooped up in a third-story apartment, listening on an iPhone.

But of course it makes perfect sense. Springsteen has always managed to conjure feelings of both escape and togetherness, the paradoxical twin cravings of quarantine.

I’ve been an initiate to the cult of Bruce since early childhood, when I would sit in my parents’ Jetta playing air drums to Candy’s Room, but, like the pandemic itself, this cult is ecumenical and worldwide. Last year alone, we got a film about Springsteen’s resonance to a Pakistani-British teenager in the Thatcherite ’80s (Blinded by the Light), articles in The Atlantic and The Nation respectively titled “Bruce Springsteen is Jew-ish” and “The Queerness of Bruce Springsteen," and an admission from Angela Merkel that her dream while living under Communism in East Germany was to drive across America listening to The Boss. Here is a musician who inspires not only love but identification from the most disparate groups of people. That sounds like the kind of musician we need now.

With COVID-19, we are all in it together. It will be a little easier if we are also in it with Bruce. These songs are taken, one each, from his first 16 studio albums and a movie soundtrack, and arranged in chronological order.

It’s Hard To Be A Saint In The City

The title evokes a dilemma of this outbreak: many of us want to help, but the most helpful thing we can do is sit at home and avoid others. In fact, this song has refreshingly little to say about the pandemic. It’s an escapist slice of light in Bruce’s trippy poetry phase, about being young and cool and tempted.

The hardest-hit places force you to bow your head in sad solidarity. Wuhan. Lombardy. Mulhouse. Increasingly, New York City. It had more than 15,000 cases on Tuesday, and counting. New York is like nowhere else on earth. As the travel writer Jan Morris once observed, it is a universal port, truly foreign to no one. This jazzy epic, whose narrator asks us longingly to “take my arm and move with me down Broadway,” reaches for the sky like the city itself.

A short, sharp burst of joy and horns, the sound of a city united in rollicking celebration. We’ll get there.

Racing in the Street

Springsteen in his best ruminative storytelling mode. The characters in his songs have matured with him over the years, and in this album, released a few years after the fist-pumping Born to Run, the greasers and drag racers have crashed into reality and now stare “off alone into the night/With the eyes of one who hates for just being born.”

An ode to, almost a pastiche of, the ’50s girl groups that so influenced him – down to his stilted, Martha Reeves-inflected vocals. Shimmery bubblegum fun, a perfect three-minute pop song, with a refrain that captures our collective longing for each other as we hunker down, alone together.

Chugging harmonica and yelping vocals that are the sound of carrying on with an unreasonable optimism in your chest.

Dancing in the Dark

Gotta keep dancing, even if it’s alone in our apartments, even if we get “tired and bored with” ourselves. The pulsing rhythm of one of Springsteen’s biggest hits makes it hard not to “shake the world off my shoulders.”

A breakup song drenched in regret, from Springsteen’s divorce album. A reminder to be kind to each other in isolation. We all have two faces: Show your loved ones the side that laughs, the side that says hello.

In a time when the death toll is already numbing, this cry of almost anguished happiness about the birth of Springsteen’s first son feels like an antidote.

The title track from arguably his worst album is one of my favourite Springsteen songs. It’s perfectly paced and full of those wonderful inarticulate Bruce wails, theology-infused lyricism and a core theme that couldn’t be more pertinent or simple as we physically recoil from each other, and recoil from the recoiling.

Is it too obvious and too painful to include this Oscar-winning song inspired by the AIDS epidemic? Or too poignant and lovely not to? One of Springsteen’s most haunting lyrics clinches it. “At night I could hear the blood in my veins,” he sings. “It was just as black and whispering as the rain.”

What beauty there is in this often-neglected track from the back end of a famously sombre, politically militant album. The “corral-smelling rain” and the low thunder over the mesquite, a backdrop to one man’s pining for a lost partner. Worth listening to just for the way Bruce sings “on the horizon liiiine.”

The most carefree, hopeful song on Springsteen’s 9/11 album, and a showcase for the late sax god Clarence Clemons, whose solos always raise me up.

A breezy tune that clears away the cobwebs, with vivid lyrics about parenting, a man’s redemption and coming out on the other side of life’s dark tunnels.

Bruce never quite stopped being the mother-worshipping Catholic boy he was raised as, and returns often to the Mary motif. But this album was a stylistic departure – shaggy interpretations of various kinds of American folk music, heavy on brass, boogie-woogie piano and fiddle.

Livin’ in the Future

The apocalyptic imagery of the lyrics collides with the church revival ecstasy of the arrangement, with its sheets of cleansing-rain organ and punches of indignant sax. The sound of insisting on joy in a terrible time.

“My only faith’s in the broken bones and bruises I display.” It’s a marvel that Springsteen continued putting out such vital music well into his sixties. Here, he sounds weathered, exhausted even – but somehow sustained by the off-kilter pleasure of the ideas in his head. I know the feeling. 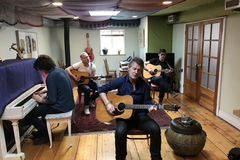 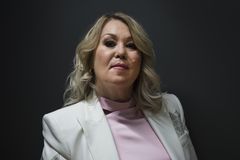